Man, 22, arrested in connection with fatal stabbing of teen

BOCA RATON, Fla. – Ariana Grande suspended her Dangerous Woman world tour and canceled several European shows Wednesday in the aftermath of a suicide bombing at her concert in Manchester, England.

Shows Thursday and Friday in London were canceled, along with concerts through June 5 in Belgium, Poland, Germany and Switzerland. Refunds will be granted, the pop star's managers said in a statement. The tour was suspended to "further assess the situation and pay our proper respects" to the 22 dead and dozens injured in Monday's suicide attack in the northern England town.

Grande's tour is to pick up June 7 in Paris, followed by several more countries in Europe before moving on to Latin America, Asia and elsewhere.

"We ask at this time that we all continue to support the city of Manchester and all those families affected by this cowardice and senseless act of violence. Our way of life has once again been threatened, but we will overcome this together," the statement said.

Grande, who is staying at her mother's house in Boca Raton, has kept a low profile since Monday's blast. Sources inside the gated community told Local 10 News reporter Christian De La Rosa that Grande hasn't left the home since arriving in South Florida. Sources also said police have increased security in and around the community.

Kathy Bloom, who lives in the neighborhood, said she's seen plenty of paparazzi around, waiting to snap a photograph of Grande.

"One issue I do have is that they're trying to capitalize on a major tragedy," Bloom said.

Grande, who grew up in Boca Raton, has not commented publicly on the attack, but she did take to Twitter to say she was "broken."

"She's grieving, too, like everybody, the whole world is, and I think we need to just let her be over there with her family and leave her alone," Bloom said. 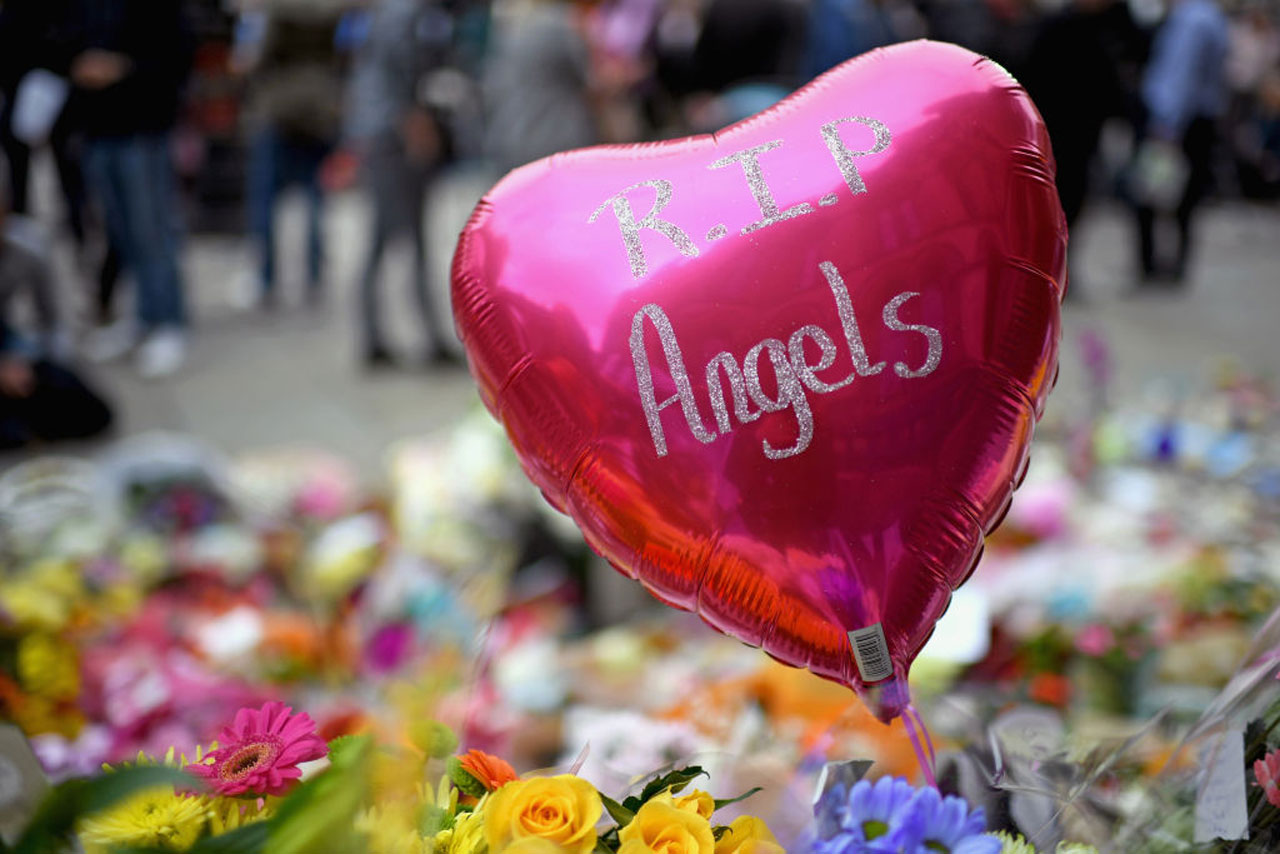