Police: Woman takes off on foot after crashing car into another vehicle in Wynwood

As Veterans Day fast approaches, a new film that examines the true-life plight of soldiers returning home from the Iraq War is about to open in theaters -- and thankfully for moviegoers and most importantly, veteran viewers, "Thank You for Your Service" was completed under the watchful eye of filmmaker Jason Hall.

Hall, who was nominated for a Best Adapted Screenplay Oscar for adapting late Navy SEAL Chris Kyle's novel "American Sniper" for the big screen in 2014, adapted the screenplay of David Finkel's book "Thank You for Your Service," and was also handed the director's reigns for the project by Steven Spielberg. Considering that Spielberg first intended to direct the film himself, installing Hall at the helm of the gut-wrenching drama says a lot about the legendary filmmaker's confidence in the first-time director.

Clearly Spielberg knew through his development of the screenplays of both "American Sniper" (which Clint Eastwood directed) and "Thank You for Your Service" that Hall had keen insight into the struggles of veterans trying to re-adjust to civilian life back home after the service,  and specifically relating to the latter, how under-equipped the U.S. government is to meet the mental health needs of its solders.

"The thing I learned with Chris Kyle was that even the heroes are carrying this home. And while it’s one in five or one in four that come home with some version of trauma, the services we provide just aren't enough," Hall said in a recent phone conversation from Los Angeles. "As for 'Thank You for Your Service,' the depiction of what David Finkel did in the book was so frustratingly harrowing to me. I just couldn't believe it, so I started looking into it."

Opening in theaters nationwide on Friday, "Thank You for Your Service" tells the compelling true-life story of Army Staff Sgt. Adam Schumann (Miles Teller), who returns home along with two fellow solider friends from the Iraq War, only to soon discover that none of them can handle the prolonged effects of war and a specific combat tragedy that changed all of their lives. 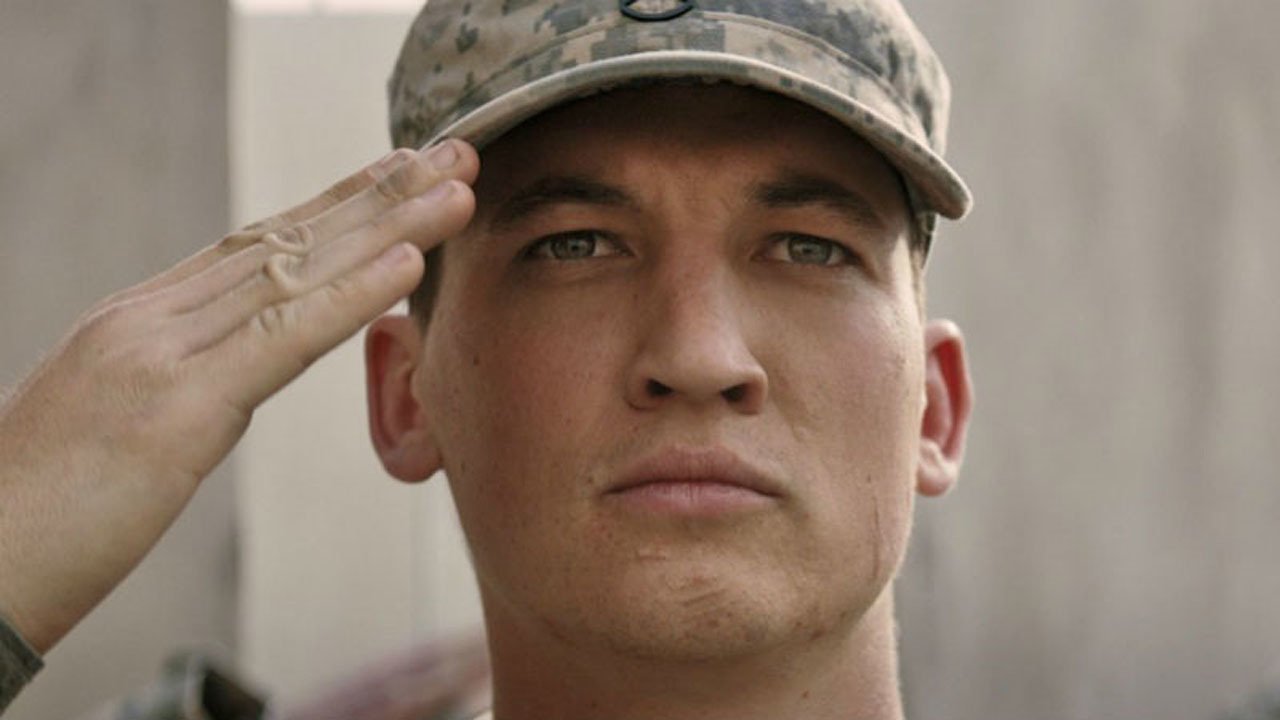 Hall said Finkel's book came to him while he was adapting the screenplay for "American Sniper" for director Spielberg, who eventually handed the project over to his fellow filmmaker Clint Eastwood. So, by the time "American Sniper" hit theaters, Hall said he started talking with VA psychologists and started visiting VA hospitals around LA, while consulting former Secretary of Veterans Affairs Bob McDonald as well.

While some may want to classify "Thank You for Your Service" as a war film, Hall -- whose grandfather, uncle and half-brother all served in the military -- said it's not so much a war film as it is a film about how soldiers deal with the effects of war.

"I think the effects of war are a battle of their own, in as much as the war continues to echo in, around and in front of these veterans," Hall said. "It wounded them, and it continues to inflict them. So, for me, it was about finding a way to bring the immediacy of those moments to the film and examine what happens in the 'after war.' That's what David Finkel calls it in his book -- the 'after war.' There are depictions in this movie of life or death right here in America, on the home front, that we wouldn't normally consider to be the battlefield."

While we discover how stressed Veterans Affairs is in trying to handle the influx of thousands of soldiers returning home with posttraumatic stress disorder (PTSD) in "Thank You for Your Service," Hall said the point of the movie isn't to pin blame on one entity.

"While the services are faulty, the reality is, the VA is still the best place for soldiers to go for trauma and for help," Hall said. "You can't do ChoiceCare and go to your doctor in Beverly Hills and tell him you saw some things in the war that are really troubling you. He's not going to know what to do with that. So, as bad as it is, it's what we got to work with and we have to find a way to make it work."

So, while the government may be an easy scapegoat when it comes to meeting soldiers' mental health needs -- yet there's no denying they are woefully understaffed to handle the immense caseload -- Hall said the solution is up to us to rally for change to the flawed system and culture for a one that the soldiers deserve , especially given the amount of sacrifice they've made for our country.

Sometimes, Hall said, soldiers have been affected by war in ways most people wouldn't expect.

"Some of these guys don't even get out of the armory and they're messed up by the institutionalization by the enterprise of war, or the repetitive nature of firing all these rounds, with something thrust against your cheekbone in a way that it disturbs your brain" Hall said.  "There's a lot that goes into this that we don't fully comprehend, and certainly the VA and military didn't comprehend going into the war or what they were going to have to deal with when these guys came home."

Naturally, Hall depended on Schumann as much as he could to get the details of his story right, and is thankful that the veteran was willing to open himself up to reveal some very painful chapters in his life.

"To have Adam around, to have someone around as your source of all of this, to be so emotionally accessible and so emotionally articulate was so helpful," Hall said. "Adam was there at the starting line. This guy was heroic in battle, but then he came home and did something equally or more heroic in revealing himself -- not only with what he experienced in the war, but what he continued to experience because of what he had seen, done, gone through and lost over there.

"To me that was the most heroic thing that anyone could have done in that entire war -- to come home and reveal themselves, which is not something you're trained to do," Hall added. "Adam took it upon himself to do that because he knew it was going to help somebody else."