PEMBROKE PARK, Fla. – "Smokey and the Bandit" star Burt Reynolds has been cremated.

A Florida death certificate obtained Thursday by Local 10 News shows the 82-year-old actor died Sept. 6 at Jupiter Medical Center and was cremated at the Gold Coast Crematory in Fort Lauderdale.

His niece, Nancy Lee Hess, is listed as the informant on his death certificate.

A cause of death was not listed, but his agent told various media outlets that Reynolds died of a heart attack.

Reynolds grew up in Palm Beach County, lived in Tequesta and taught acting classes at his Burt Reynolds Institute for Film & Television in North Palm Beach just days before his death.

Once Hollywood's No. 1 box-office draw, Reynolds spent five years (1978 to 1982) attracting the world's audiences to movie theaters. He used his star power to stay close to home, routinely making movies south of the Mason-Dixon Line and attracting other A-list celebrities to South Florida during the height of his success.

He opened the Burt Reynolds Dinner Theatre in Jupiter in 1979 and recruited his famous friends -- Sally Field, Dolly Parton, Charles Durning and Carol Burnett among them -- to perform there.

Reynolds ran the theater until 1989, but it remained in operation until financial problems forced its closure in 1996. Purchased by the nonprofit Palm Beach Playhouse Inc., it reopened as the Maltz Jupiter Theatre in 2004.

Jupiter was also the site of the now-shuttered Burt Reynolds & Friends Museum, which closed in 2012 to make way for the Harbourside Place development. Not far from where the museum once stood is Burt Reynolds Park.

Reynolds also owned a 160-acre ranch in nearby Jupiter Farms, where he married "WKRP in Cincinnati" actress Loni Anderson in 1988. The ranch also served as a location in his short-lived ABC series, "B.L. Stryker."

He graduated from Florida State University, where he earned a football scholarship before an injury sidelined him and sent him on the path to Hollywood. Still, his love for football was apparent in movies like "Semi-Tough" and "The Longest Yard," and he was Florida State's No. 1 cheerleader well before the Seminoles became a national power. 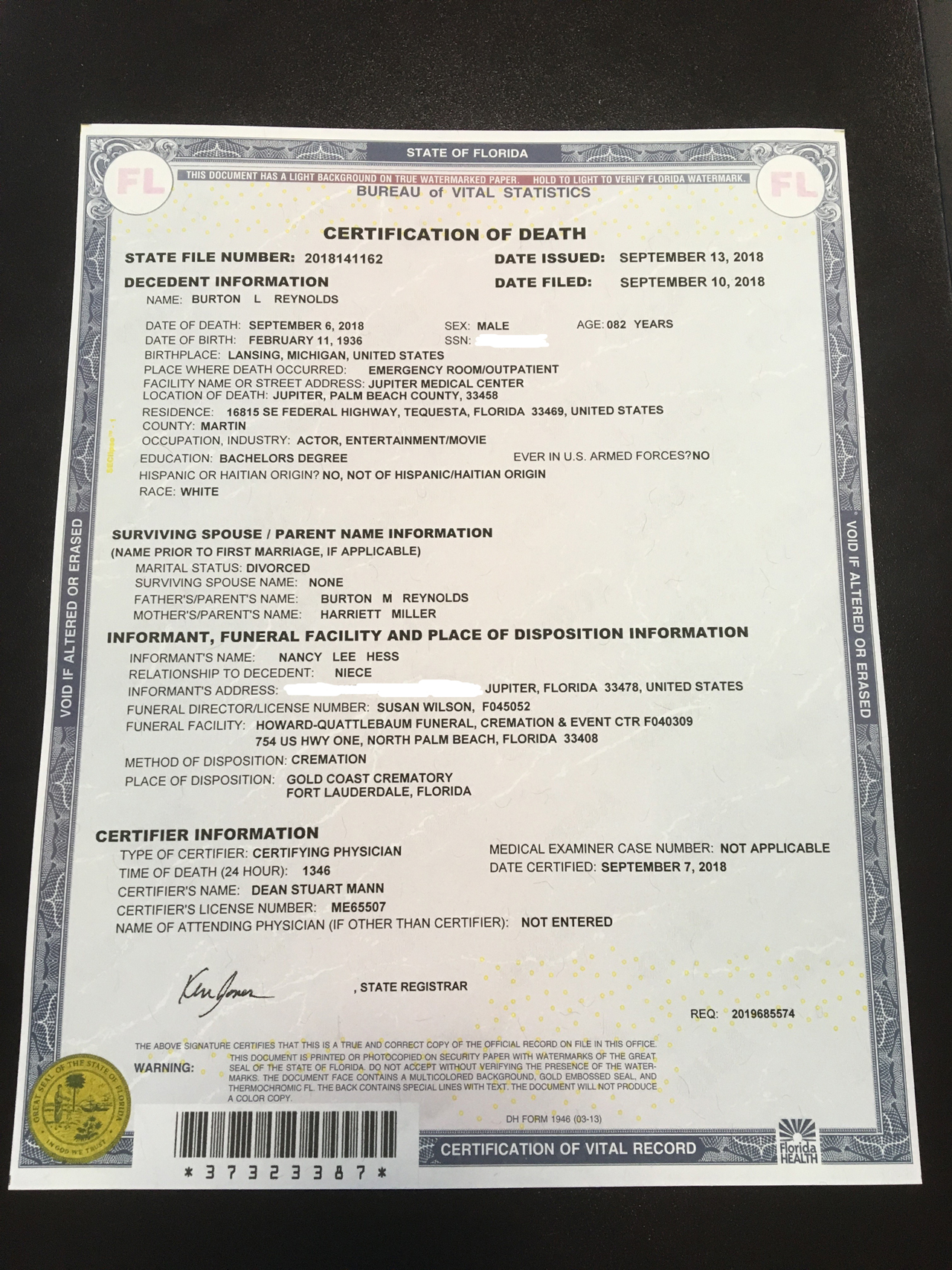