Real men will be wearing pink to battle breast cancer

Come to this musical if you want to live

PEMBROKE PARK, Fla. – "The Terminator" is now a musical.

Yep, the cybernetic organism (living tissue over a metal endoskeleton) first made famous by Arnold Schwarzenegger in the 1984 movie of the same name has been made into a musical set to debut this weekend at the Fallout Theater in Austin, Texas.

"Terminator: The Musical" is the brainchild of Breanna Bietz, who wrote and directed the stage production, which is a mash-up of the original movie and its 1991 sequel, "Terminator 2: Judgment Day."

"A few years ago I said, as a candid joke to a friend, 'Hey, wouldn't it be funny if there was a 'Terminator' musical?" Bietz told Local10.com in an email. "And then I just decided to start writing it."

Bietz has long been a fan of the "Terminator" franchise.

"I've always loved the films, especially the original 'Terminator' and 'Judgment Day' sequel (the two films covered in the musical), but the fun for me was finding the less-obvious through-lines about love, family and time-travel situational awareness and playing with those elements, bringing them to the forefront," Bietz said. "Sarah Connor is one of the most badass action movie characters, and the Terminator is one of few characters to successfully make the transition from villain in the first movie to good guy in the sequel."

While Bietz was pursuing a Master of Fine Arts degree in New Orleans, she was also collaborating with theater professionals, rewriting the show and developing vocal arrangements for the numbers.

"I spent a chunk of time work-shopping the show in New Orleans," Bietz said. "Without that incubation period, and input of some very creative musical directors, it wouldn't be the show that it is now."

Bietz said she wanted to pay homage to the franchise and also have some fun with it.

"It's also a parody of, and homage to, musical theater in general," she said. "We run the gambit on a variety of iconic theatrical song and dance styles that the genre is known for. Our driving force has been the idea of melodrama, so as to take it so serious that the humor comes from that emotional portrayal. There are also three ensemble ladies, whom we call the 'Terminatrixes' that function as a hyper-aware element of the show, much like the three fates or how Crystal, Ronette and Chiffon served as a Greek chorus in 'Little Shop of Horrors.' Each of them play different characters and are murdered in different ways throughout the entire musical. Equal parts sexy and murderous." 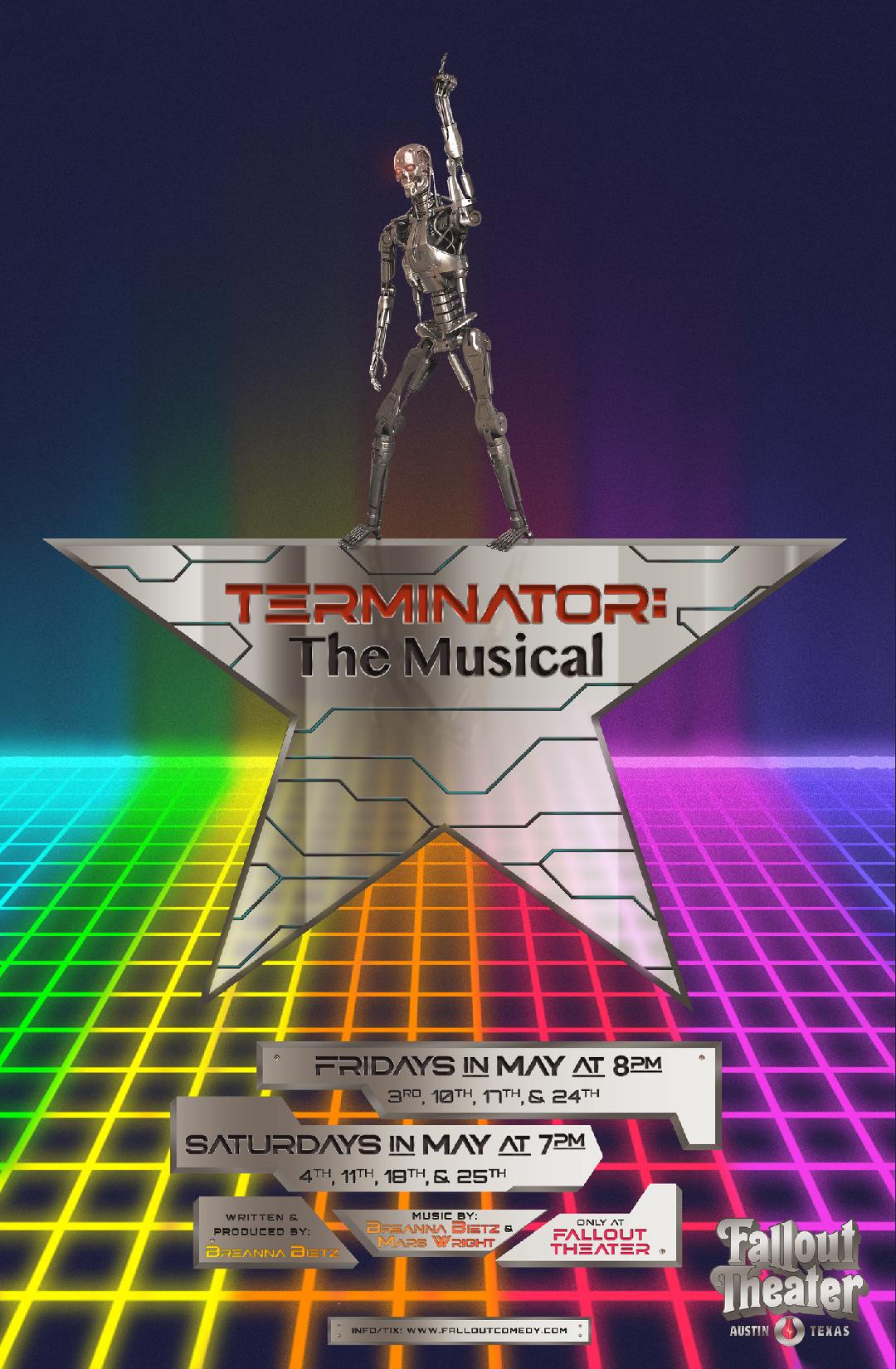 The reimagined production stars Robert Slack as the T-800 model assassin, Lena Long as Sarah Connor, JP Bremer as John Connor, Kyle Irion as human protector Kyle Reese and Jon McMahon as the shape-shifting T-1000 (that should be interesting).

When Bietz moved to Austin, she knew she wanted to bring the show with her. Bietz found a home for it at the Fallout Theater, where she teaches improv and sketch comedy classes.

"I was ready to resurrect it and they were ready to host it and expand their caliber of production to include a main-stage musical," Bietz said. "It was good timing for both of us."

With Schwarzenegger and Linda Hamilton set to reprise their roles in the upcoming "Terminator: Dark Fate" this fall, the timing seems just right for "Terminator: The Musical" to find its place on the stage.