GAINESVILLE, Fla. – The teenager charged in connection with the disappearance of Christian Aguilar, a University of Florida student who was last seen last Thursday, bought duct tape and a shovel several days before Aguilar went missing, said police in Gainesville.

According to police in Gainesville, Pedro Bravo, who is being held on a $100,000 bond, bought the shovel a few days before Aguilar disappeared.

"The indication's also is that he bought the shovel or the tape -- doesn't mean that he was going to use it against this one but it's a possibility and we have to look up possibilities," said Carlos Aguilar. "It's something I was not expecting because this can indicate premeditation."

"The news of these items has obviously filtered through the search crowd, but I think that may have enhanced some of their wanting to get out there and find him as quickly as possible," said Gainesville Police Officer Ben Tobias.

Bravo is charged with Depriving a Victim of Medical Care, a third-degree felony.

"I saw that that's not the Pedro I knew," said Carlos Aguilar. "That's a criminal... My question I would ask to Pedro, and my answer is, 'Where you left my son?'"

According to investigators, Aguilar and Bravo got into a fight on Thursday. Bravo told police he beat Aguilar up and left him by a field on the UF campus, but has not said much since, according to detectives in Gainesville.

"The police doesn't have the certainty of imminent death," said Carlos Aguilar.

Aguilar added that he believes his son is still alive.

Tobias said the last signal from Aguilar's cellphone was at 8:14 p.m. Thursday before it was turned off. The cellphone hasn't been located. 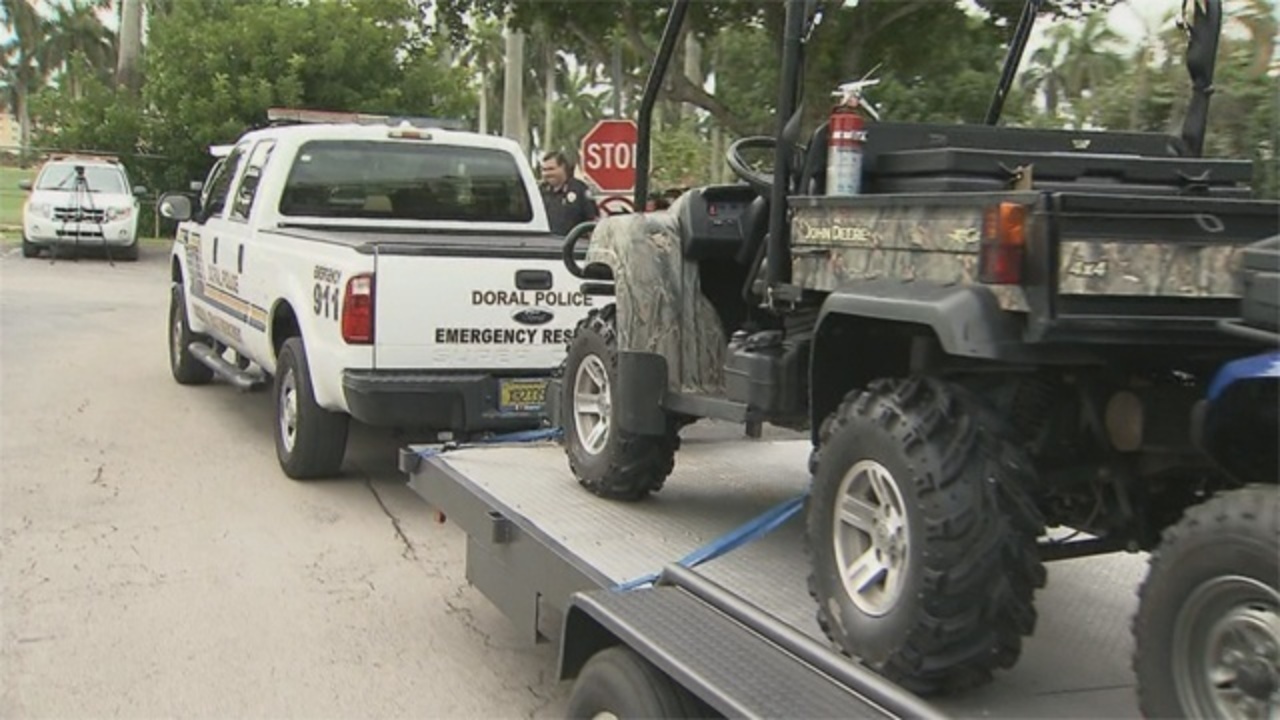 Doral police officers headed to Gainesville to assist in the search on Wednesday. Six officers left with K-9s and all-terrain vehicles.

Miami-Dade County sent members of its Fire Rescue K-9's Urban Search and Rescue team and Police Canine team to help in the search on Thursday.

K-9 officers from Sweetwater police have been helping with the search since the weekend.

"If he's buried or not, the dogs will find him," said one officer.

The search was temporarily suspended Wednesday evening. It will resume Thursday morning.

On Wednesday afternoon, Aguilar's father, Carlos Aquilar, asked anyone who knows what happened to his son to come forward.

Copyright 2012 by Post Newsweek. All rights reserved. This material may not be published, broadcast, rewritten or redistributed.