DeSantis: Coronavirus vaccine should be approved soon, Floridians should take it 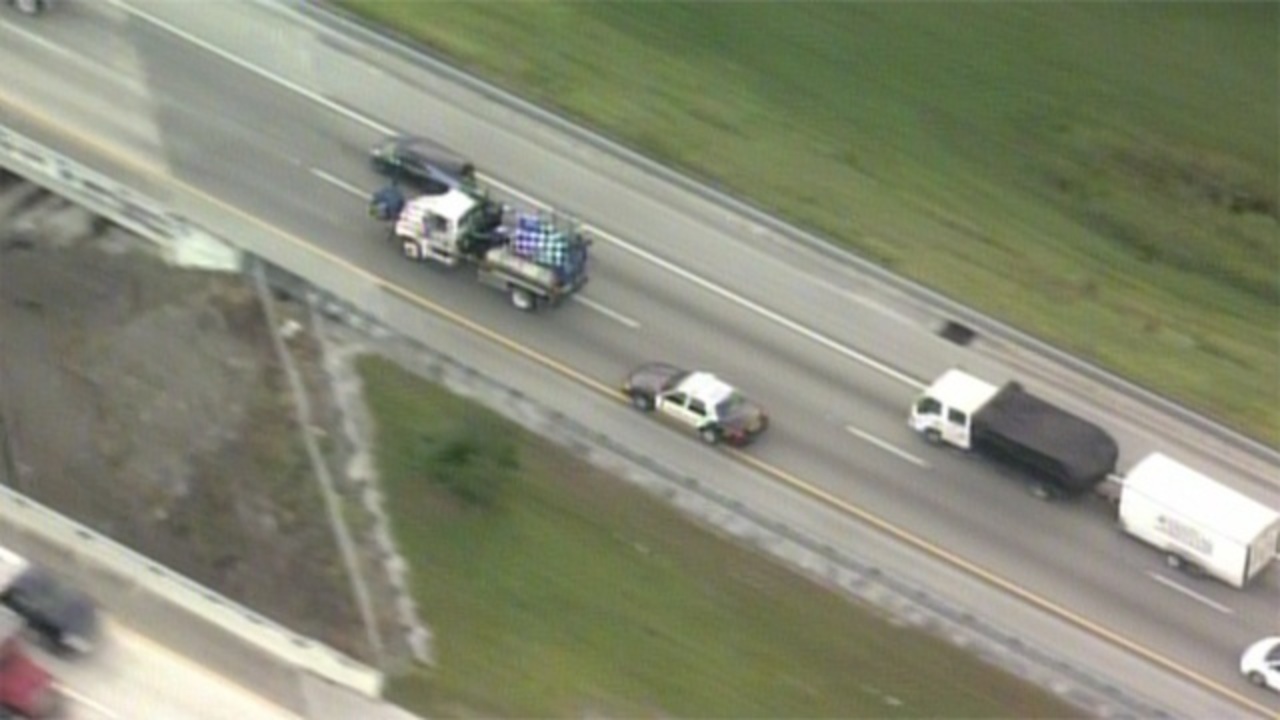 An internal affairs investigation was launched after a Miami Gardens K-9 cruiser was spotted speeding on Florida's Turnpike on Wednesday morning.

Video first showed the cruiser with its emergency lights activated heading northbound on the Turnpike at 7:16 a.m. The officer was leaving from Kendall.

"He was requested by other officers regarding multiple subjects from a burglary," said Miami Gardens Police Det. Mike Wright.

The driver weaved in and out of traffic, even driving on the shoulder when vehicles didn't move over quickly enough.

At 7:31 a.m., the driver nearly caused a crash when a truck in front of it veered into the right lane, almost hitting another vehicle, video showed (smaller photo, above right).

"I can't say what he was thinking; however, I do understand that there's a need for service, an emergency service," said Wright.

The driver arrived at the Miami Gardens Police Department, located at 1020 NW 163rd Drive, at 7:45 a.m. (pictured below). The driver got out, then removed something from another cruiser.

About half an hour later, he saw the news helicopter above and drove away from the police department.

Wright said it's unclear if someone was closer to where the burglary happened. The burglars were arrested before the driver made it there.

The department hasn't said who was driving the cruiser, which is a spare unit.

On Monday, the Broward Sheriff's Office launched an internal affairs investigation into a sergeant who was spotted holding a box on top of his cruiser while driving.