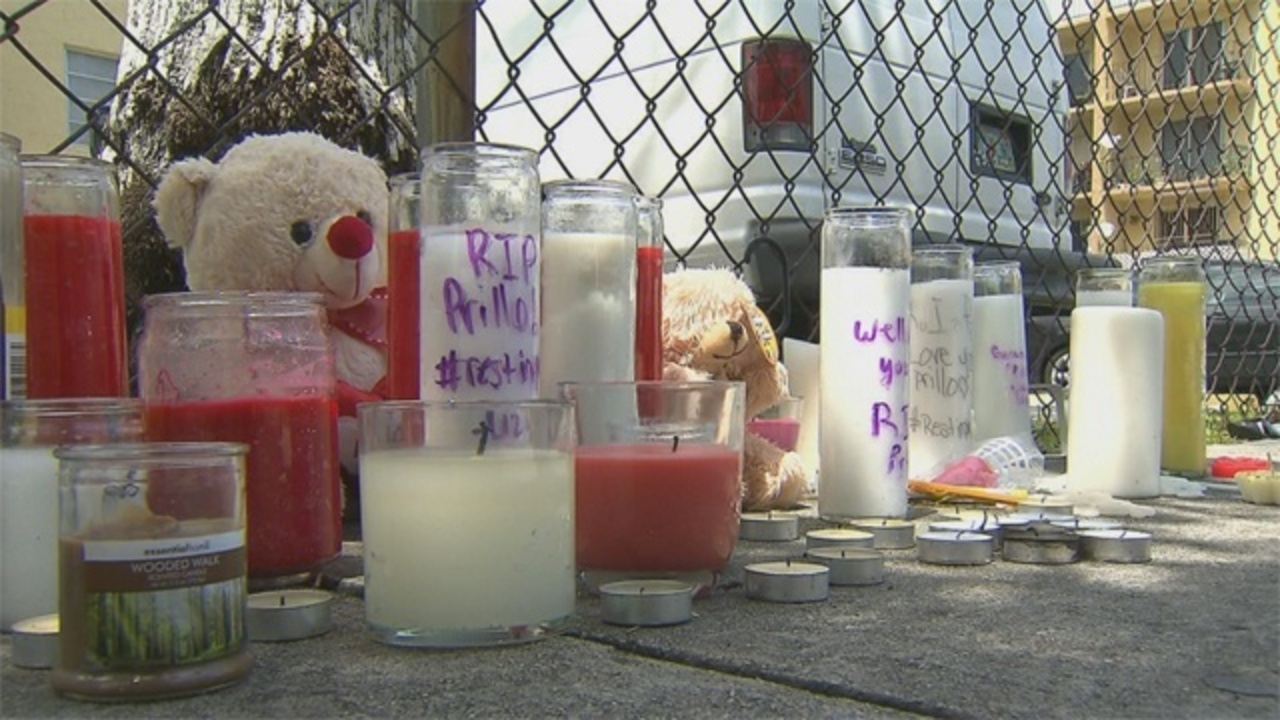 Memorials continued to grow at a Hialeah apartment complex where a gunman shot and killed six people Friday.

About a dozen people showed up Monday night to remember the lives lost. They held hands and recited prayers.

All day neighbors left notes, candles, and flowers outside Carlos Javier Gavilanes' apartment, the man who was the sixth victim in the violent massacre. Neighbors said Gavilanes, 33, was returning home with his 9-year-old son when he was shot by Pedro Vargas.

A close friend to Gavilanes said, "He was my best friend. I loved him, I loved his family. This wasn't our plan, but it was God's plan. We don't know."

Others who knew him said he was a stellar dad, hard-working, and a fun-loving friend.

One neighbor said, "The deceased passed right in front of our door, and it's been very difficult."

A viewing for Gavilanes will be held at Funeraria Memorial Plan San José, located at 250 E. 4th Avenue in Hialeah, from 6 to 11 p.m. Tuesday. Funeral arrangements were still being made for the other five victims: building manager Italo Pisciotti and his wife; Patricio Simono, 64, Merly Niebles, 51, and her 17-year-old daughter.

Neighbors described Vargas, 42, as a lonely man who spoke about having pent up anger. According to police, on Friday night, Vargas set a combustible liquid on fire in his apartment, then began shooting.

For eight hours, police followed and exchanged gunfire with Vargas throughout the five-story apartment complex as terrified residents took cover in bathrooms and huddled with relatives, sometimes so close to the gunfire they could feel the shots. In the final hours, Vargas took two people captive in a fifth-story unit. Police attempted to negotiate with him, but the talks fell apart and a SWAT team swarmed in, killing Vargas and rescuing both hostages.

Cleaners entered Vargas' apartment, which he shared with his elderly mother, on Monday.