MIAMI – A Local 10 investigation found that two restaurants bought produce that was picked out of a dumpster at the Miami Produce Center.

For weeks, Local 10 watched men go through dumpsters and pick out produce. The Miami Produce Center, or the Plaza, serves as the produce hub for South Florida, where fresh fruits and vegetables are sold to restaurants, produce companies, and markets. The discarded food can't be donated because it would be a liability if someone got sick.

Video showed one man pick out red peppers from a dumpster. The next day, in the parking lot of the Miami Produce Center, he sold eight cases of red peppers to a customer.

"I'm not selling anything to anyone. This is for a guy who is my friend," said the man who sold the peppers. "Where have you seen me selling?" 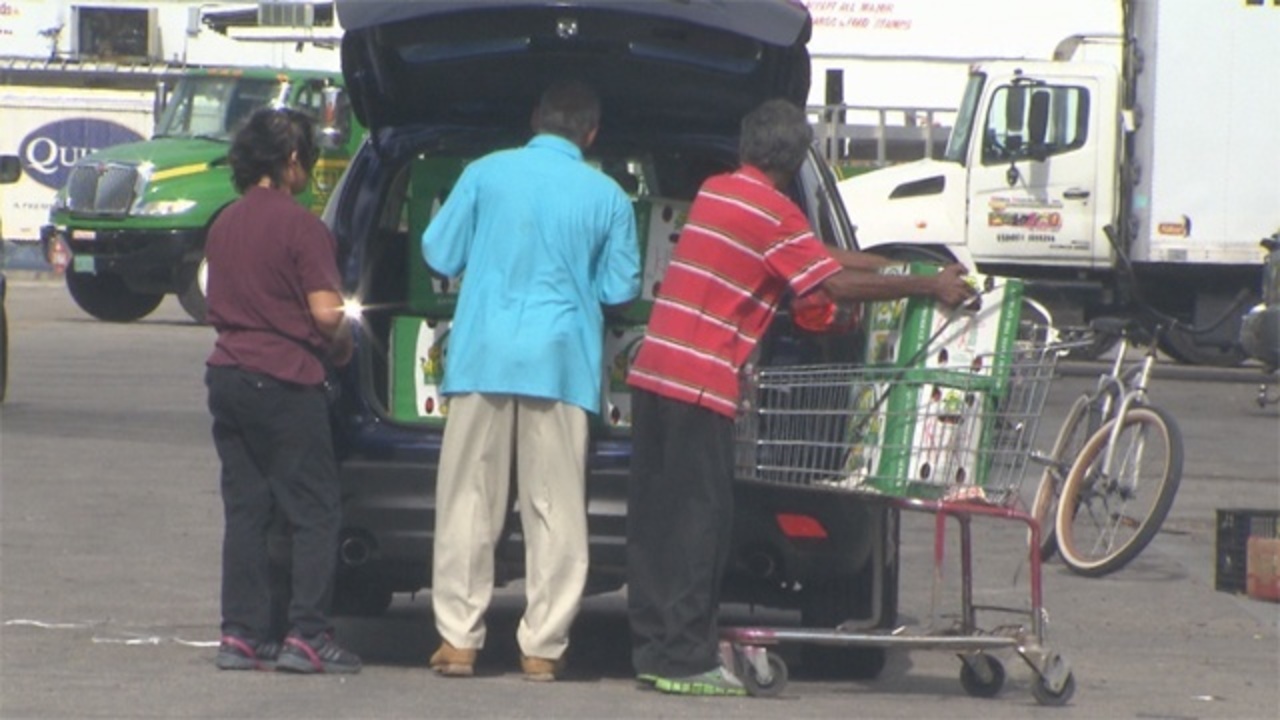 The customer who bought the peppers drove to Homestead, where he unloaded them at Suvi Thai & Sushi.

"Can I talk to you about where you got the vegetables from?" Local 10's Jeff Weinsier asked the owner of Suvi Thai & Sushi. "You bought them from a man with a shopping cart. You didn't buy them from the dock? 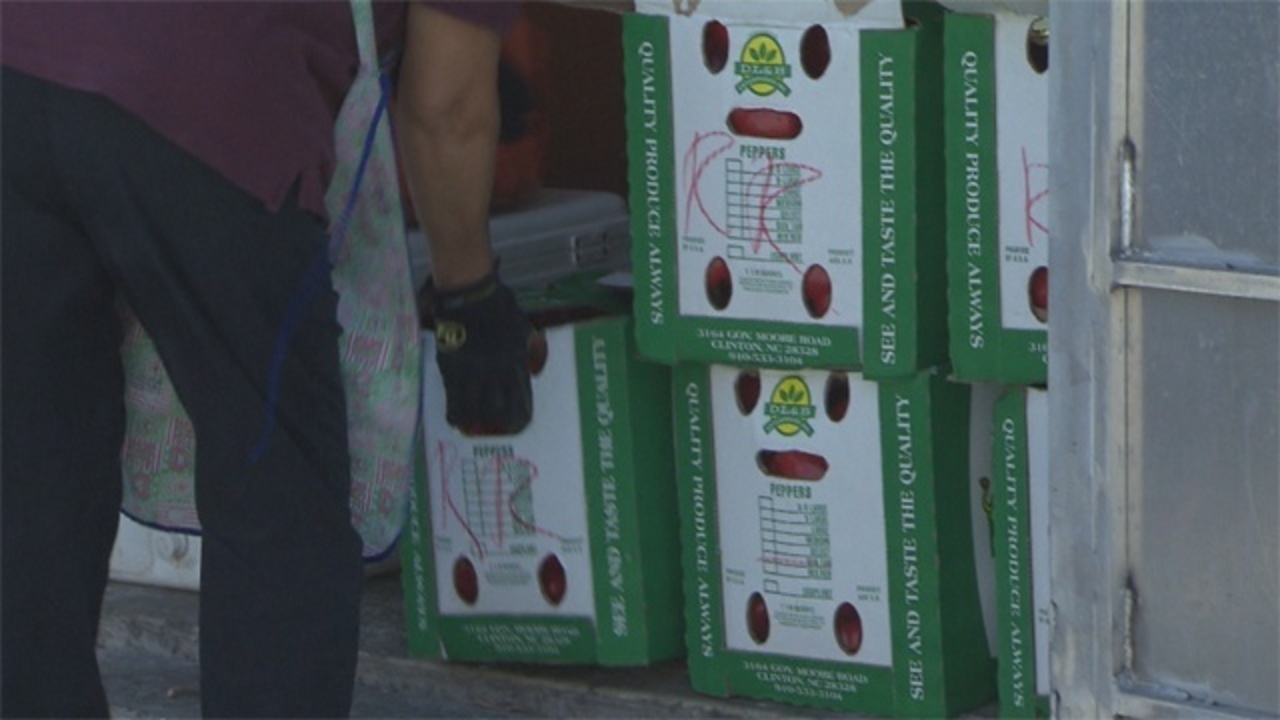 The owner said he didn't know where the seller got the produce from.

"Would you be surprised if I told you he got the stuff out of a dumpster?" said Weinsier.

"Dumpster?" replied the owner, who said it was the first time he bought produce from the man in the parking lot.

"The guy with the shopping car -- isn't is cheaper to buy from him?" asked Weinsier.

"You think your customers might be upset if they found out some of the stuff you got was out of a dumpster?" said Weinsier.

"I don't know," replied the owner. 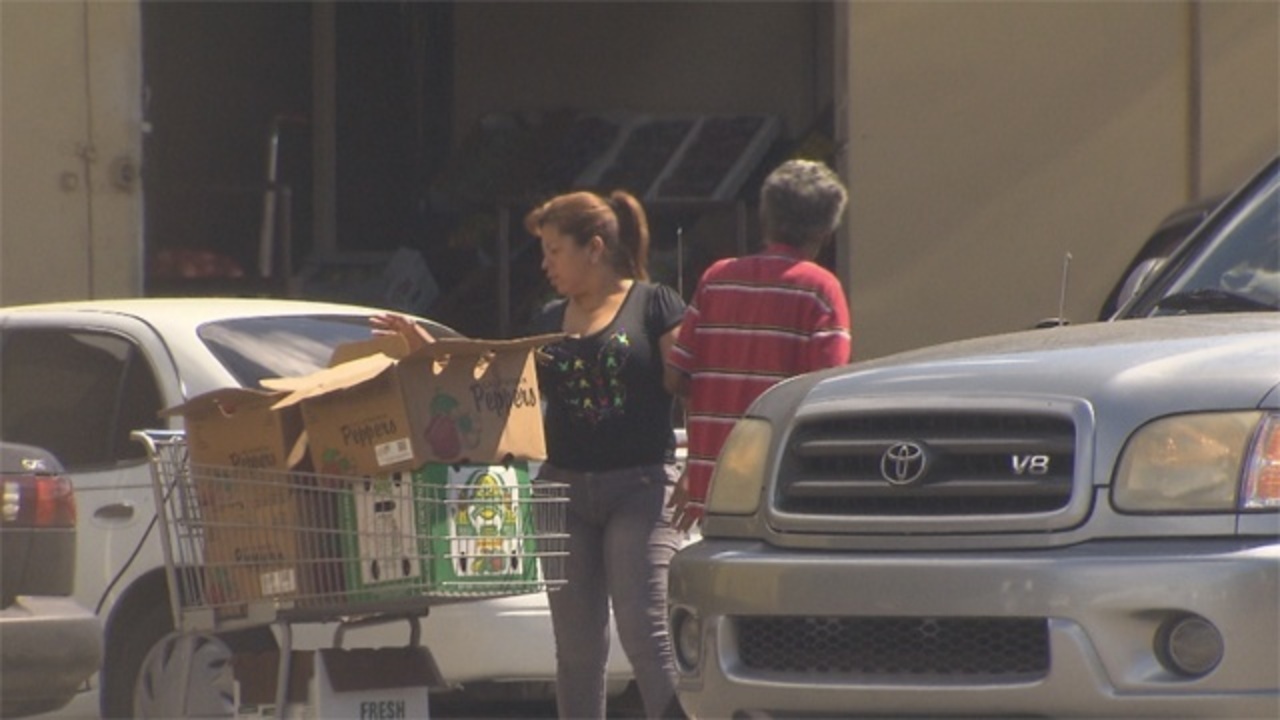 A woman also bought tomatoes and peppers from the men in the parking lot of the Miami Produce Center. She unloaded them at Mabel's Cafeteria in Miami.

The woman said she didn't know where the men got the produce from and that it was the first time she bought from them. She returned the produce and got her money back.

One city of Miami commissioner says he's outraged by the dumpster diving.

You can watch what he has to say in part III of Local 10's investigation at 11 p.m. Wednesday.