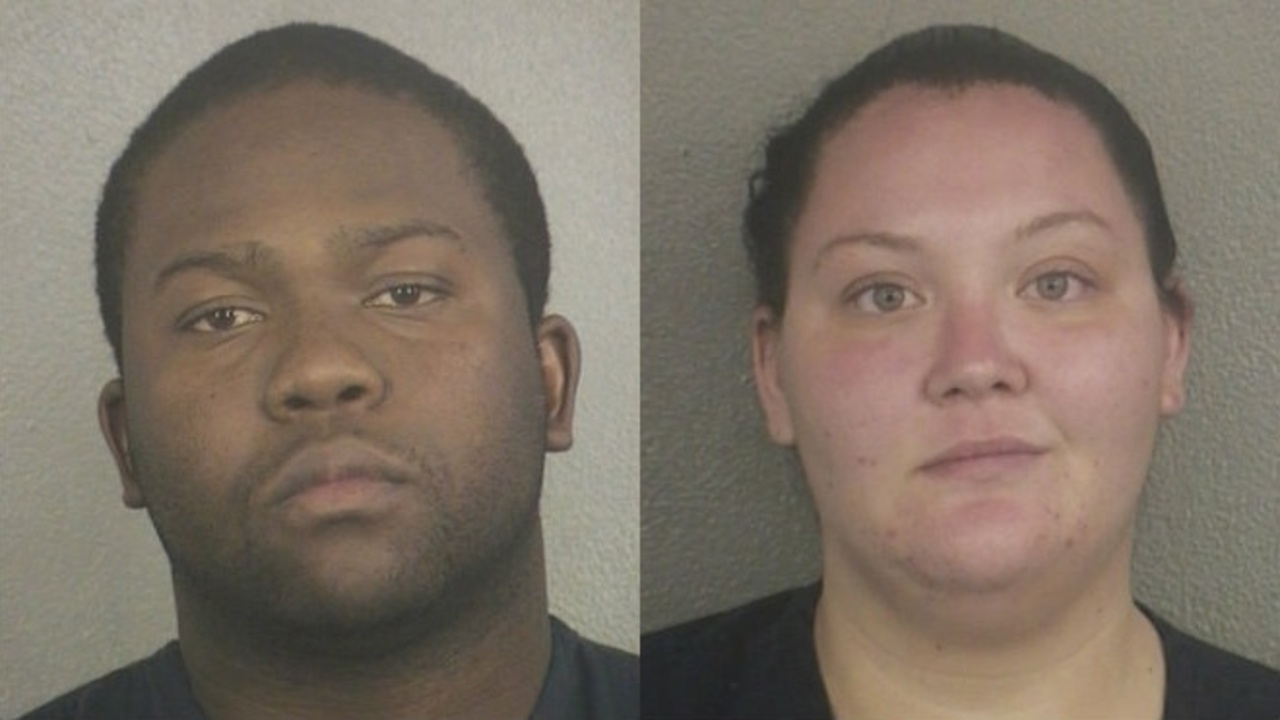 A man and his wife are accused of getting into a physical fight with an employee at Dunkin' Donuts after police say they were given the wrong order at the drive-thru.

The incident happened around 1 p.m. Tuesday at the Dunkin' Donuts at 7125 West Oakland Park Boulevard.

Police said Jeffrey Wright and his 22-year-old wife, Alexis Longo, were at the Dunkin' Donuts to buy coffee. The two initially went in the drive-thru and completed their order with the employee.

Police said the couple then went inside the business afterwards to speak with the manager because the employee had given them an incorrect order.

An argument ensued between the couple and the employee, identified by police as "Hall." Longo then aggressively approached Hall and attempted to strike him, at which point police said the incident became physical.

As all three began to physically fight, police said several witnesses attempted to break up the fight and separate the three involved.

During the course of this, police said Wright retrieved his firearm that was concealed and holstered and struck Hall multiple times against his head.

Police said Wright does have a concealed weapons permit and is currently employed as a security guard. Police identified the firearm as a black Taurus Slim 9mm handgun, and was fully loaded with seven rounds in the magazine and one round in the chamber.

Wright faces a charge of aggravated battery with a firearm.