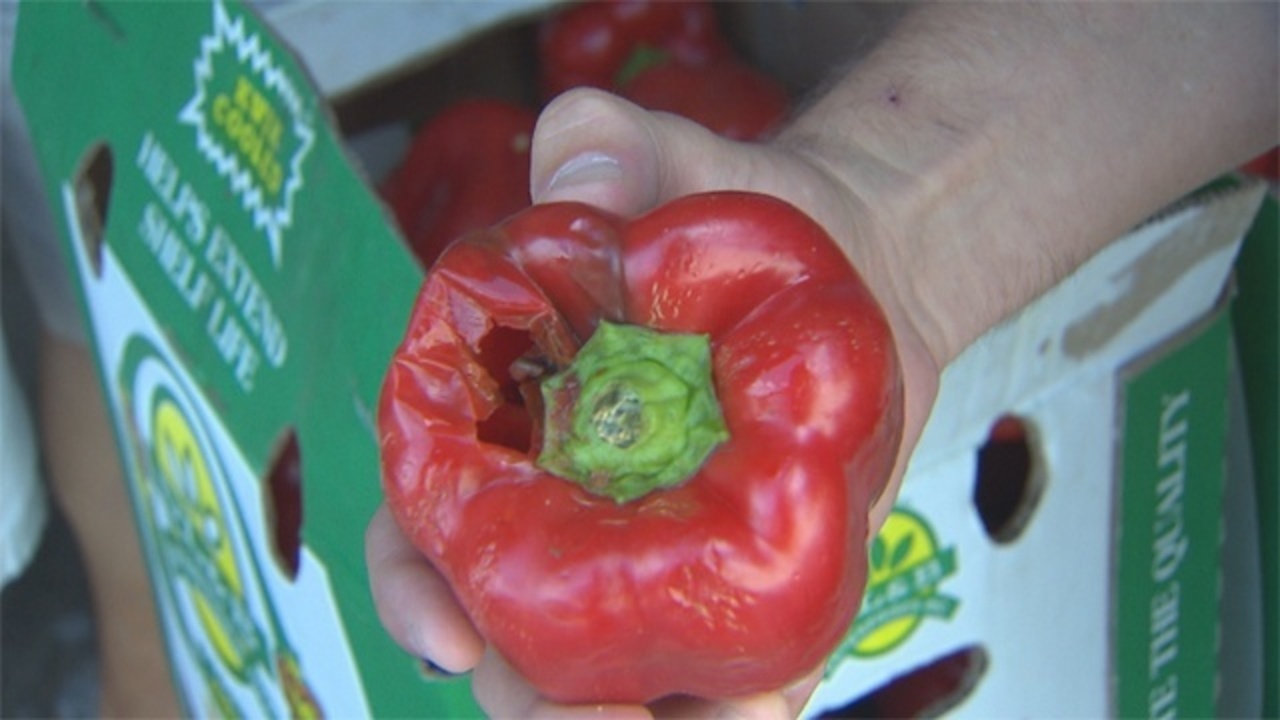 "I will do everything possible stop it," Said Gort.

Local 10 cameras caught restaurants buying produce that was once in the dumpster.

Cameras also spotted rotting vegetables being sold on produce trucks that roam the streets of Miami.

Gort said it's a public health and safety issue.

"The cops tell me they go through the Center every morning and they have made arrests," Golt told Local 10's Jeff Weinsier. "Code Enforcement has cited the facility. But I'm glad you are telling me these things."

The men selling the goods refused to talk to Weinsier.

Gort said city code mandates dumpsters in and around the Miami Produce Center be locked.

But Local 10 spotted several, piled to the top with vegetables, that were wide opened.

Gort said the Miami Produce Center management has to do its part too. He said security removed people who work the dumpsters and police need to be called to remove trespassers.

"We do try to kick them out but they come back every day," said Center Manager Larry Hernandez.