MIAMI – The city of Miami closed a park after finding contaminated soil there.

The city closed Merrie Christmas Park after finding high levels of arsenic, barium, copper, iron, and lead in its soil samples, similar to what was found in the soil at Blanche Park.

"This is a very large park, and right now, we have basically two samples that tested to have certain heavy metals, so we're going to close off the park, we're going to conduct a sampling grid, and determine if those are just two isolated spots or if there's a greater issue," said Assistant City Manager Alice Bravo.

The Department of Regulatory and Economic Resources Division of Environmental Resources Management took the samples as part of its evaluation of the areas surrounding Old Smokey, a former incinerator in Coconut Grove (pictured). Health officials tested soil at 40 sites.

"When I was a little kid, I remember the incinerators burning," said Timothy Brantley, who lives near Merrie Christmas Park. "Waste was going everywhere."

Health officials believe waste from former incinerators was dumped at the park.

"This is a child's dream here," said Brantley. "Every day, the little kids play, teams come down here and play in the middle of the fields. There's very few parks like this. This is beautiful."

"I've been coming here all my life. It would be sad if something happened and I couldn't come back," added Eunice Salasuraze. 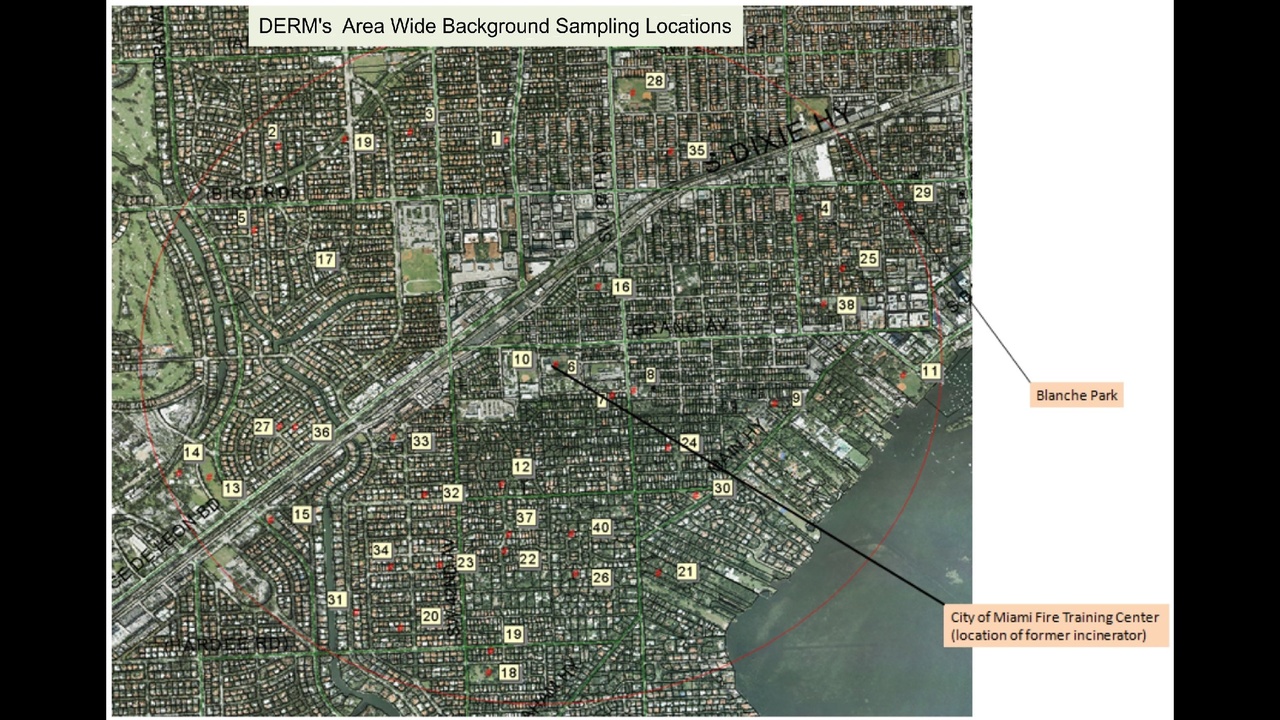