Police: Arrest made in shooting of 2 co-workers in Fort Lauderdale

Shopping today at Publix and fully vaccinated? You won’t need to wear a mask

FORT LAUDERDALE, Fla. – Firefighters helped rescue a woman who held onto a railroad bridge that began rising Saturday over the New River.

Fort Lauderdale Fire Rescue crews responded at 10:44 a.m. to multiple 911 calls reporting a woman dangling from the railroad bridge crossing the New River. The bridge is located between Riverfront and the historic district.

Florida East Coast Railway identified the woman as Wanda McGowan, 55, of Dania Beach. Officials said she was crossing the bridge when it began opening. The bridge was in the upright position when crews arrived.

McGowan was hanging about 22 feet above the tracks when officials said firefighters deployed a 24-foot ladder to rescue her. Witnesses said it took about 20 minutes for crews to safely rescue her.

McGowan was frightened, but officials said she wasn't injured.

"She has really bad vision. I have bad vision but hers is worse than mine," said Sean, who declined to give Local 10 his last name.

Sean said McGowan, a cancer survivor, and a few friends were on the bridge, but her friends walked ahead of her.

"They were further ahead of her than she was because she can't see and she didn't want to trip and bust her face," he said. "She said the bridge came up really fast and she didn't really have a lot of time to run." 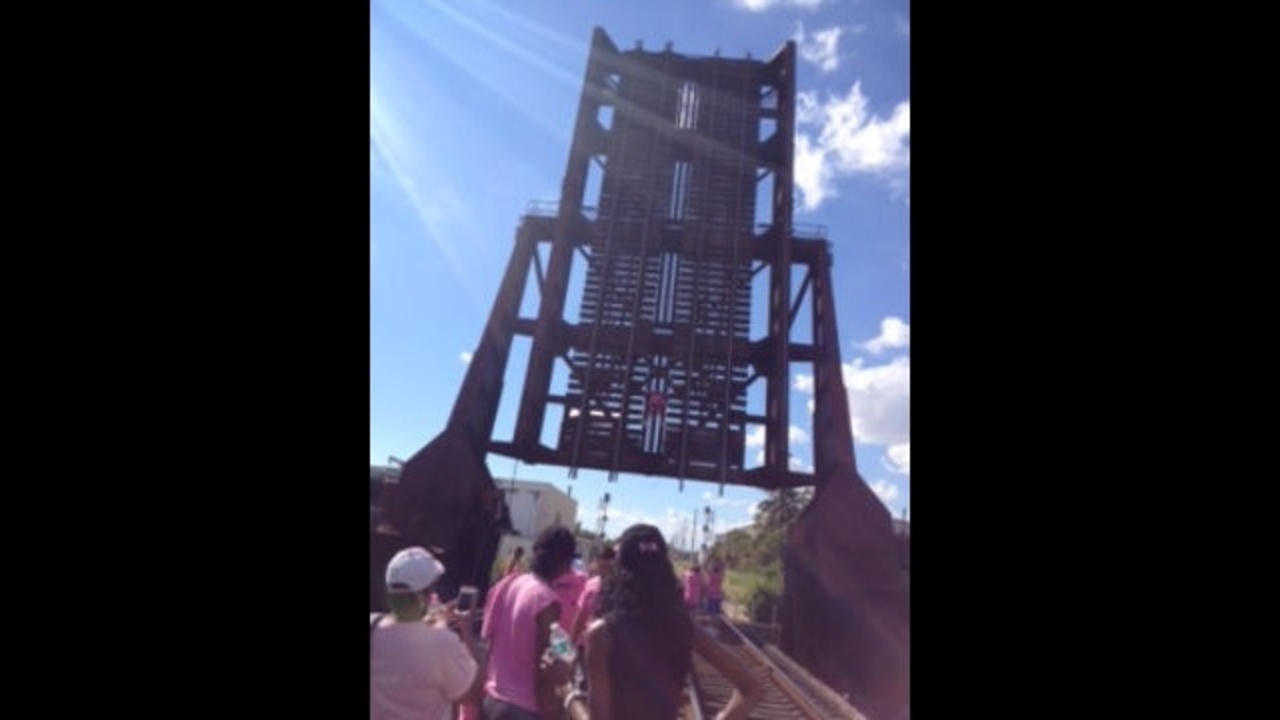 McGowan, who wore pink, told firefighters that she had participated in a cancer walk earlier in the morning in Broward County called "Making Strides Against Breast Cancer."

Matt Little, a spokesperson from the City of Fort Lauderdale, said, "The decision to trespass on private property was an unfortunate, poor choice that endangered the trespasser's life as well as the lives of our first responders."

Little also said that they were very thankful the woman survived.

"We hope the news reports about this incident will help to educate the public about the dangers of pedestrians attempting to cross railroad bridges. Public safety is the City's top priority," Little said.

According to the City of Fort Lauderdale, the property owner does have the option to bring trespassing charges.