But what the ad doesn't mention about its ferry is that once you arrive, it could take another two hours before your feet touch land.

After dancing, drinking and gambling, passengers are transferred to catamarans one at a time on a platform above open ocean. The catamarans rock back-and-forth in choppy waters since the ferry doesn't have a dock. 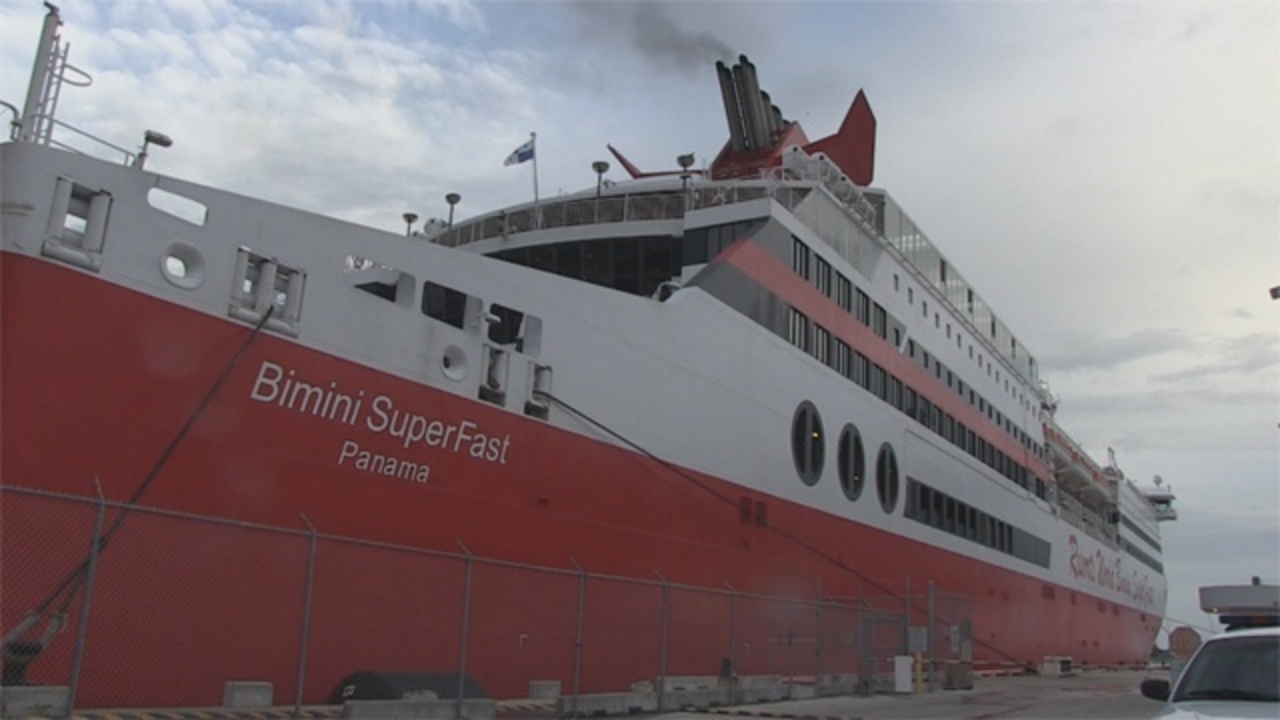 If the waters are too rough, visitors can't transfer to the catamarans for safety reasons.

Genting Group hopes to alleviate the experience with the construction of a new cruise ship terminal that will be dredged deep enough for the ferry to dock at its resort. A 1,000-foot pier is already under construction.

"We're not really sure why an investor would purchase and start operating a huge cruise ship without a place to put it," said Gail Woon, founder of EarthCare Bahamas. "Too much on an area that has 14 prime dive spots on it with endangered, healthy coral."

"It's heart-breaking, it's unbelievable, it's diabolical that this is being allowed to happen by our government, by the investor," she said.

Woon and other nonprofit organizations recently suffered a blow in court when a Bahamian judge denied their request for an injunction to stop the project.

"They don't completely understand all of the environmental protocols that we're putting in place to protect what's out there," said Kirk Lofgren, an environmental scientist hired as a consultant for Genting Group. "When we were selecting a site, we determined based on dive tows and survey through the that area that there were no immediate reefs in that immediate footprint."

Lofgren said corals found in the area will be moved to an artificial reef.

"We're going to move everything that we possibly can out of the way," he said.

"I want to bring my kids there to jump in the water as well, so we're not going to do something that's actually going to impact this environment to the extent that it's unrecoverable," said Lofgren.

Many Biminites said they depend on their eco-tourism, especially the island's clear waters, abundant sea life, and remaining mangroves.

Genting Group said their business model also depends on the environment, leading them to minimize damage to it. Wood said she doesn't buy it.

"We're glad for the tourists," she said. "We would love to see visitors coming to Bimini, but we want to see it done in a sustainable manner."

The nonprofit organizations claim Genting Group never secured the proper permits for the project, but both Genting and Bahamian officials said that claim is untrue.