MIAMI – Miami's Versailles Cuban restaurant is responding to an online publication that posted a fake letter from Versailles, claiming that the Valls Group has banned anti-Cuba protests in front of their restaurants.

The letter, which mocked the chain, calling the Valls Group, the "Balls Group," and referring to owner Felipe Valls as "Felipe Balls," also claimed the restaurant was expanding and opening locations in Cuba.

The letter was posted to Cuban satire site, El Lumpen.

Versailles management took to the company Facebook page to let their patrons know that the allegations made in the letter are false.

"The memo is a fake!" the post read. "It has come to our attention that an online satire publication site has posted a letter that misleads the public into falsely believing that Versailles Cuban Restaurant and Valls Group have banned anti-Cuban government protests in front of their restaurants, and that they have plans to open other restaurants in Cuba. That is NOT true, don't be misled." The post was followed by the hashtags, "#CazuelasWelcome, #VallsNotBalls, #VersaillesNotVersalles."

The Valls Group released a statement regarding the letter that said it part, "This letter and these claims are untrue and unfounded. It is unfortunate that there are individuals who try to deceive the public and the press in an attempt to make them think that a spoof website would be a credible source of information with the purpose of damaging our reputation." 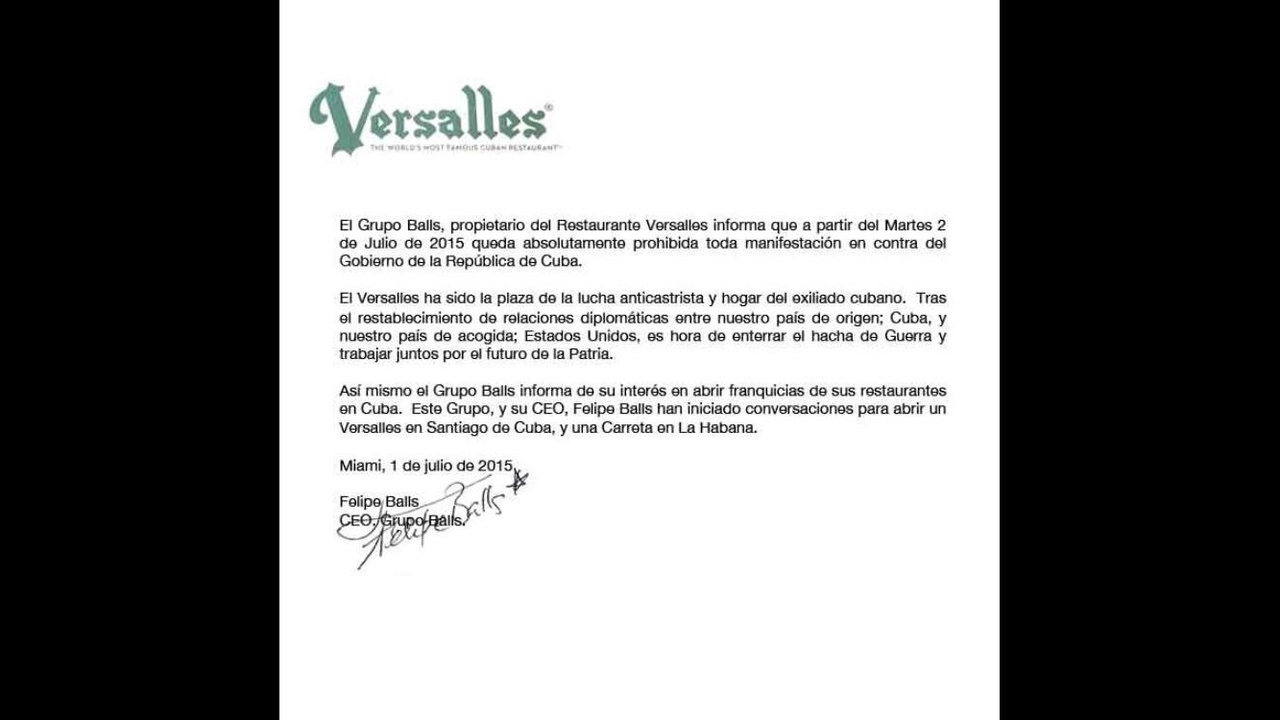