Court once again sides with residents in Calusa development fight

Caught on Camera: BSO deputies save woman in Tamarac canal

RAFAEL FREYRE, Cuba – The small town of Rafael Freyre, about a nine hour drive east of Havana, has a painful history.

Local 10 News' William Damas has links to this town.  He asked the crew to visit the home where his mom grew up, and where his grandmother -- 100-year-old Georgina Peña Ochoa -- was on her dying bed.  He has never met them.

His father, Roberto Damas, was a political prisoner, after Fidel Castro took power. He found refuge in South Florida and returned during the Mariel Boatlift to rescue relatives. He hasn't been back.

"It's very emotional, because it's like this family that I know, but don't know," said the chief photographer, who was born in Miami and has never been to Cuba.

The Local 10 News crew visited Damas' mom in Miami and her sister in Rafael Freyre. He is the father of two boys born in Miami, so he asked the crew to take a video message to introduce the boys to his family in Cuba.

After Damas' aunt Rina Guerrero Peña saw the video she was in tears. She hasn't seen her sister Idania Damas Peña in about 45 years.

"Even though they don't know me, I love them and every night I pray for them," she said. "It's very difficult to explain."

In Miami, Damas said she too misses her sister. She talked about the many sleepless and tearful nights that she experienced after leaving the island with her first born son in 1970.

"I never abandoned them," she said about her continuous efforts to help her relatives despite not being able to travel to Cuba.

She has missed birthday celebrations, weddings and funerals. Her decision to not travel to to the island to say goodbye to her dying mother was gut wrenching, she said.

A day after leaving the province of Holguin, the Local 10 News crew drove through a storm and witnessed a sharp double rainbow. That was when the phone rang and they learned that Damas' grandmother, Georgina Peña Ochoa, was dead. And there were tears on both sides of the Florida Straits.

"It's very tough to have endured 45 years without seeing them," she said in Miami. In Cuba, Guerrero said, "we haven't lost the hope of maybe one day being able to see each other again." 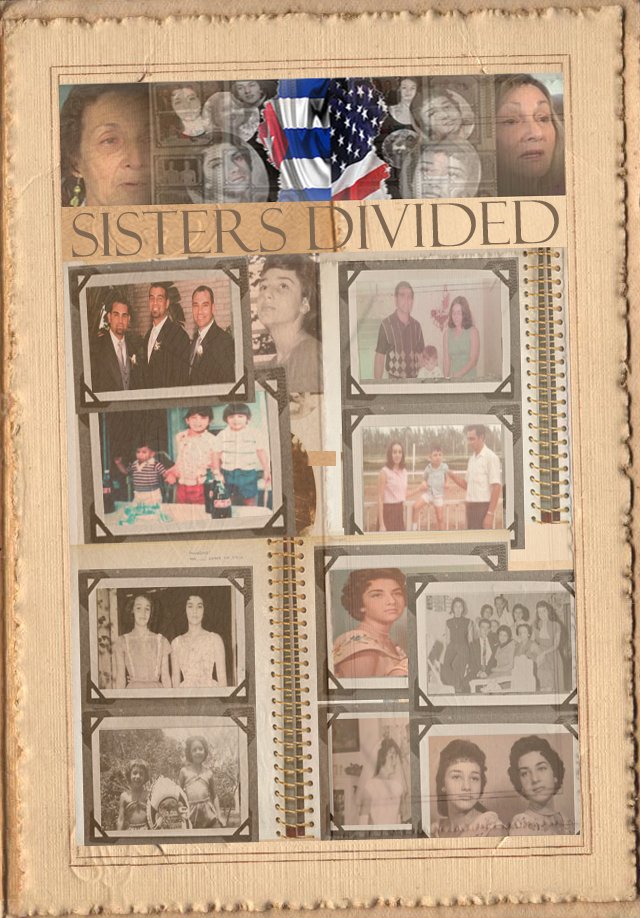 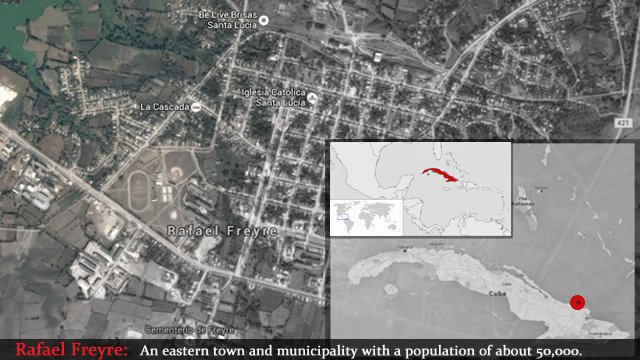 In 1857, the Sanchez family, from St. Augustine, Florida, established the Central Santa Lucia, according to Cuban historians. The sugar cane mill grew into the Santa Lucia Company, S.A., and had a railroad connection by 1880.

Georgina Peña Ochoa was a toddler when Cuba entered World War I and there was a pause to the expansion of American businesses in Cuba.

She probably saw Santa Lucia's young dance to the Orquesta de Felix Gonzalez, Cuban musicians who sold records in the United States. And likely listened to beats of the hip Cuban Jazz bands. The U.S. and Cuba had close ties.

Peña Ochoa probably never imagined that her daughters would be separated by politics. That was until Fidel Castro's administration took over the sugar mill in the 1960s and paranoia set in. Her son-in-law was a political prisoner.

Her Santa Lucia changed names. Castro said he wanted to honor the memory of Rafael Freyre Torres, whom he said followed him to  the July 26, 1953 Moncada attack in Santiago de Cuba. The assault became known in Cuban schools as the birth of the island's socialist revolution.

Freyre was born in Santa Lucia. He left school in fourth grade and worked in construction. After learning how to use a weapon in Havana, he followed Castro and died in Cejas de Limones.

Like many Cubans on the island, Peña Ochoa lived long, but not long enough to see her family reunited.