Asthma patients may not be at greater risk from coronavirus

TAMPA, Fla. – Dayron Armando Varona was born in Cuba. He was a little boy when the Orioles played on the island in 1999.

Varona played baseball for Villa Clara and Camagüey in Cuba's top league, where he made about $4 a month. In 2013, he played against Team USA and won a 2012-2013 Gold Glove.

Cuba suspended him for a failed attempted defection, but within a week, he and his mom gave up on their Cuban citizenship in hopes of making it big. The game is his life.

"Baseball is to Cuba, what soccer is to Brazil," said Varona, who turned 28 in February.

Varona and his mom got on a boat to Haiti on their way to the U.S.  During an interview with Diario de Cuba, he said once he was in the U.S. not everything happened, as he had planned. He spent about a year and six months away from his mom.

"That affected me a bit. Although I always had the support of a great person who was by my side and behaved like the father I never had," Varona said.

The outfielder made it to a Delray Beach field to play in front of dozens of Major League Baseball scouts. Last year, the Tampa Bay Rays, a small market team, signed him to a minor league contract.

"The Rays scored a deal on Varona, as he would have surely gone for more money in the free agent market," Jose Alvarez, of the Hardball Scoop said about the deal last year. Alvarez added that Varona was "an even better deal when considering he is exempt from international bonus pools."

Earlier this month, the outfielder learned that he was going to be part of history in Havana when The Rays released the 34-man roster for the pre-season exhibition game against Cuba's national team. President Barack Obama was attending.

Although he is the team's only Cuban player, Varona is not part of the 40-man roster. A few weeks after signing him to a $3.5 million minor league contract  last year, he was assigned to the Charlotte Stone Crabs, of the Florida State League. He later played with the Montgomery Biscuits, of the Southern League, and in October he was with the Gigantes de Carolina, of the Puerto Rican League.

Manager Kevin Cash told The Tampa Bay Times that several players -- including Evan Longoria and Chris Archer -- asked him to include Varona. He was a special addition to the Cuba trip. 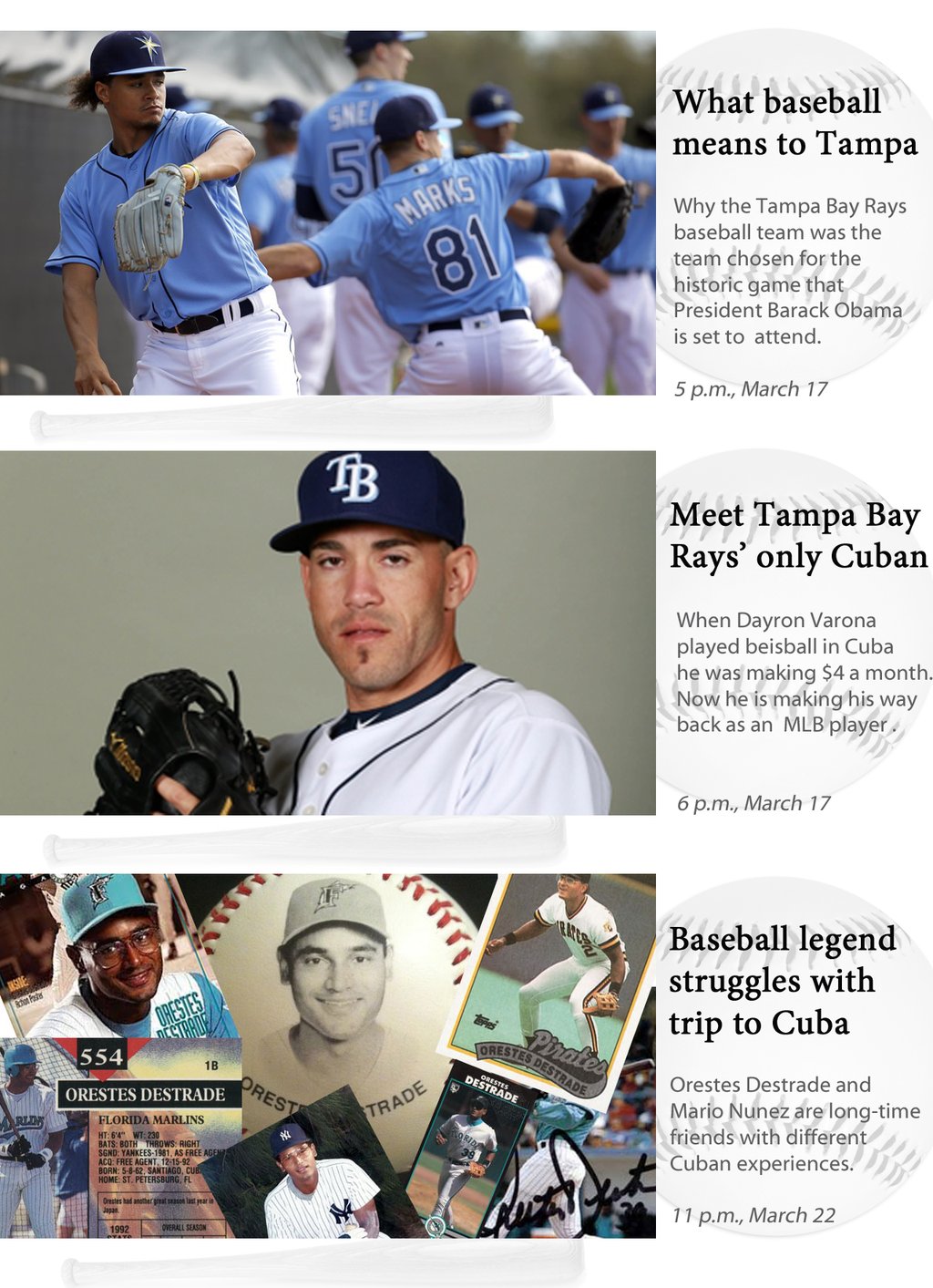