HAVANA, Fla. – During his trip in Havana, President Barack Obama met with 13 opponents of the Castro regime for about an hour at the U.S. embassy in El Vedado.

The meeting was about a week after he met with a group of Cuban-American leaders from South Florida in the White House. Both meetings included diversity of opinions and included opponents of his policy of engagement.

Although Cuban President Raul Castro denies there are political prisoners, the dissidents in the room talked about the government's consistent effort to silence their opposition. During a press conference, Castro challenged CNN's Jim Acosta to produce a list of the political prisoners, so he could free them that night.

The Cuban Human Rights and National Reconciliation Commission's Elizardo Sánchez Santa-Cruz was at the Tuesday meeting with Obama. His organization has a list of 89 prisoners and 20 who have pending trials. A day before the meeting, police detained about 50 protesters. 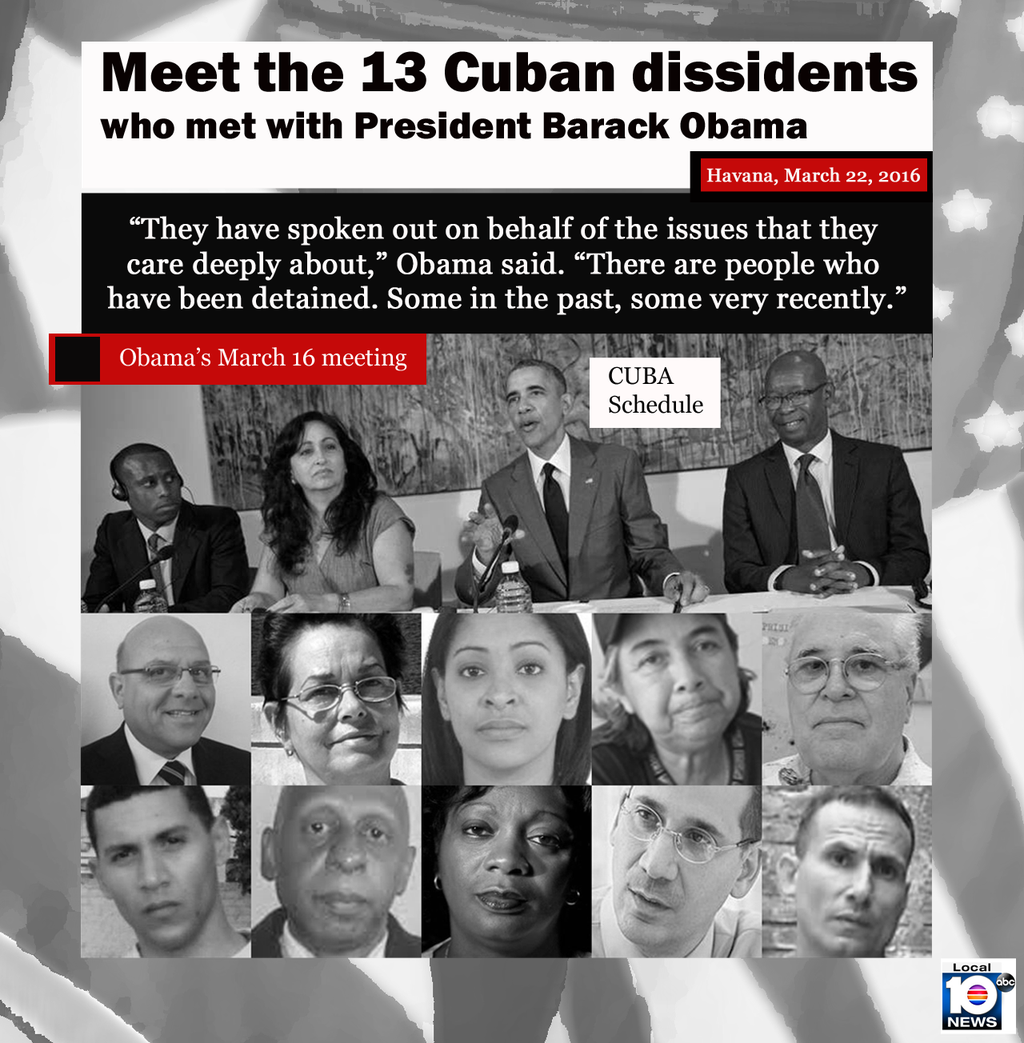