Man, 22, arrested in connection with fatal stabbing of teen

Social media move may be a Democratic hint for Castro

HAVANA – Cubans may not be able to vote for a president, but in a Democratic process -- The Rolling Stones was giving them a chance to vote for something Thursday.

Under "#StonesCuba" on Twitter, the English rock band was asking fans to pick one of four songs for their Friday concert in Havana. The options: "You Got Me Rocking," "Get Off My Cloud," "She's So Cold," and "All Down The Line."

Fans had three ways of voicing their opinion. They could either "Like or RT" on Twitter or vote on their web site's poll.

The band of septuagenarian rock 'n' roll pioneers has been known to make political statements in their subversive lyrics. International human rights groups continue to be critical of Cuba's political system and have described it as a dictatorship and a totalitarian state.

Although Cuban political parties became legal in 1992, public political speech remains illegal. Cuban candidacy commissions vote for the members of the national assembly, who serve five-year terms. The national assembly voted for Fidel Castro's brother Raul to be his successor.

The band's Cuba poster had a peach vintage American car, a symbol of the island's isolation due to the U.S. embargo. Dozens of band employees and Cuban workers were setting up the stage at Ciudad Deportiva de la Habana during President Barack Obama's historic visit before his trip to Argentina.

The band had two concerts in Buenos Aires in February. They also filled stadiums in Mexico, Colombia, Peru, Brazil, Uruguay and Chile. Their only free concert during their America Latina Ole tour will be in Cuba, where they have never held a concert before.

Music critics in the 60's couldn't have predicted the 2016 historic concert.

The year Fidel Castro led the attack on the Moncada army barracks in Santiago de Cuba, Mick Jagger was 10, as he held up a guitar for a photo with his younger brother.

About a decade later, when The Rolling Stones came together in London, Castro was holding nuclear missiles for the Soviet Union, and the U.S. imposed a full economic embargo on the island.

Some five years ago, Castro turned out to watch Wales' rock band The Manics in concert at the Teatro Karl Marx, which is walking distance from the Lennon Park. Tourists stop there to take photos with a bronze statue of The Beatles' John Lennon.

It is unlikely that the 89-year-old Castro will be attending The Rolling Stones' concert. But there could be a surprise. It was also unlikely that Jagger, 72, Keith Richards, 72, Charlie Watts, 74 and Ronnie Woods, 68, would be rocking it together in Havana Friday. 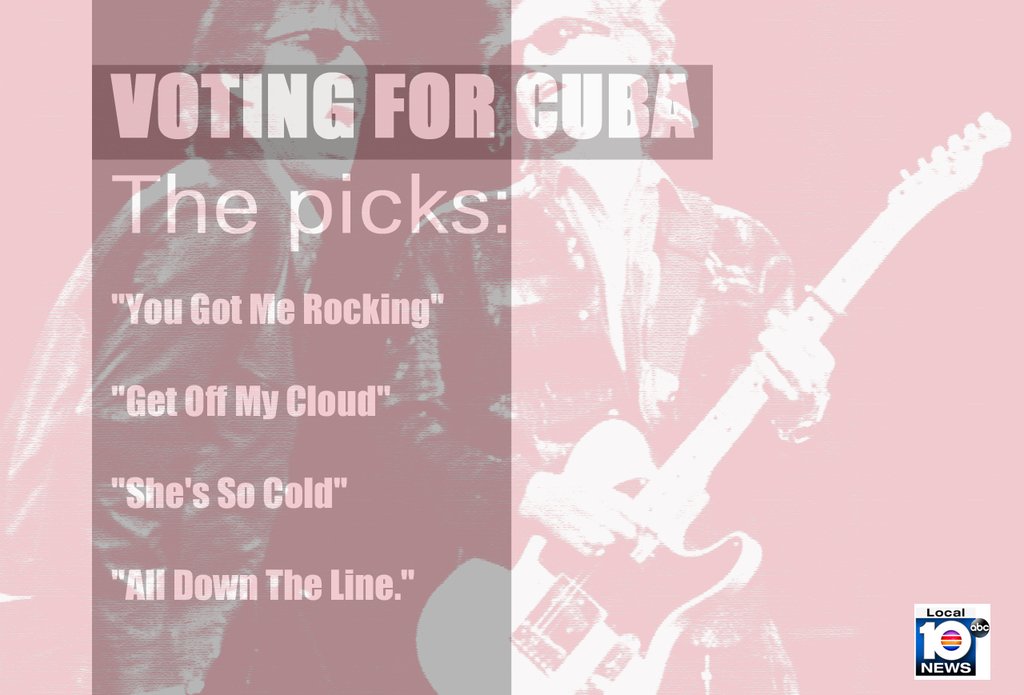