ATV and dirk bike riders congregate in South Florida for annual Wheels Up, Guns Down event

9-year-old girl hasn't been at school since last Thursday

MIAMI-DADE COUNTY, Fla. – Miami-Dade police continued their search Wednesday night for a mother and daughter who disappeared in Doral.

Police were searching an area west of Hialeah Gardens.

They searched by air, with dogs in fields and along busy Okeechobee Road for Liliana Moreno, 43, and her daughter, Daniela, 9, who have not been seen or heard from since Sunday.

"Time is passing and we are growing more concerned with every minute that passes," a Doral police officer said.

Miami-Dade police Detective Alvaro Zabaleta said all of the department's resources were being used to search the area of Northwest 138 Street and Okeechobee Road.

"As investigators continue to aggressively follow all leads, the investigation has led them to a new search area," Zabaleta said.

Moreno's sister, from Colombia, called police Tuesday because she hadn't heard from her in two days, and Daniela wasn't in school.

When detectives arrived at their home in Doral, they found a purse and a wallet, as though Moreno left in a hurry.

"The amount of time that has passed and the little pieces that we've gathered lead us to believe there might be some foul play involved,"  Capt. Carlos Arrango of Doral police said.

Detectives followed various leads Wednesday, including a tip leading them to a warehouse in Medley, where earlier they towed away a dumpster as evidence.

They also searched a home in southwest Miami-Dade and a waterway, where authorities sent dive teams using sonar technology that detects shadows underwater. 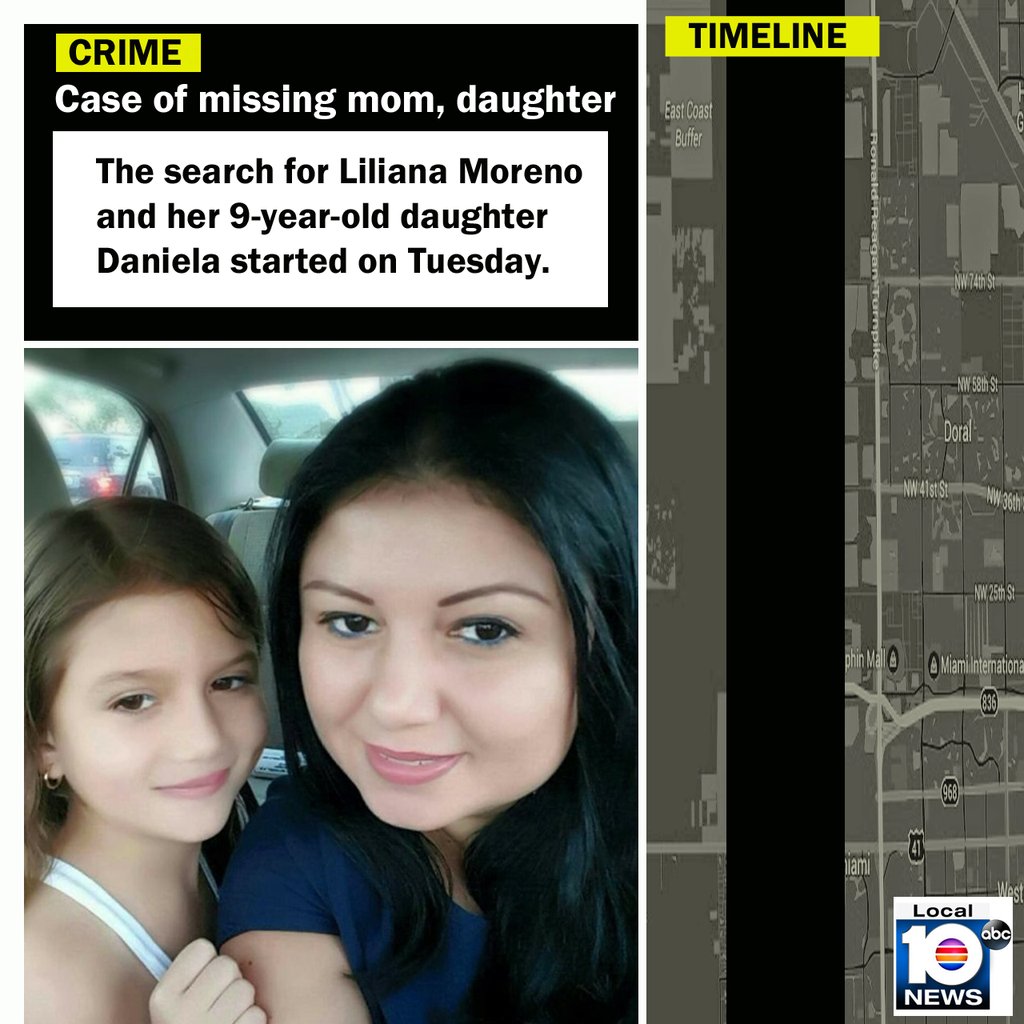