3 from Pompano Beach die in crash near Jacksonville, 4 injured, including children

Body found in car on fire in Hollywood alley

Suffering from Cuban nostalgia? Abuela Mami wants to cure it

Lorenzo was born in Miami and lives in Los Angeles. She said she misses the days when she lived walking distance to La Carreta, El Rey de Las Fritas and El Palacio de los Jugos. She said she also misses Pollo Tropical, Sedanos supermarket and Tammy's Bakery near Westchester.

"We are in an era of food trucks and subscription boxes," the Miami girl said in one of her videos. "And when I found out there was a subscription box for homesick Miami natives like me, oh, my God!"

Miami artist Kiki Valdes, 35, and his brother Humberto "Humby" Valdes, 40, a programmer, lived away from Miami, too. That's why the Cuban-Americans co-founded Abuela Mami, a business operated out of Westchester.

Their 90-year-old maternal grandmother, Blanca del Rio, was born in the northern city of Remedios, and their mom, Gladys Ferrer, was born in Placetas. Both cities are in the province of Villa Clara, formerly known as Las Villas. They left the island in 1970 when Ferrer was a teen.

They ran Blanquita Supermarket in New Jersey. Ferrer returned to Miami in 1988. They have been trying to cure Cuban nostalgia for decades. When the Valdes brothers complained about their craving for Cuban coffee, Del Rio and Ferrer knew what to do.

"They would ship us packages filled with these goodies," Kiki Valdes said

The Valdes brothers started shipping packages December 2015. They said their business continues to expand, and they have customers from all over the country, including Nebraska, Hawaii, Alaska and even Washington.

"Abuela Mami is about family," Ferrer, 64, said. "It's special to know that people everywhere can maintain a piece of Cuban heritage."

They offer two options for a monthly subscription. The $25.95 coffee box provides the caffeine fix, and the $19.99 surprise box sometimes can include the "galletas" Maria cookies and guava paste -- one of Del Rio's favorites.

"The boxes are very nice," the grandmother said in Spanish. "If I did not live near Miami, I would want what's in the box." 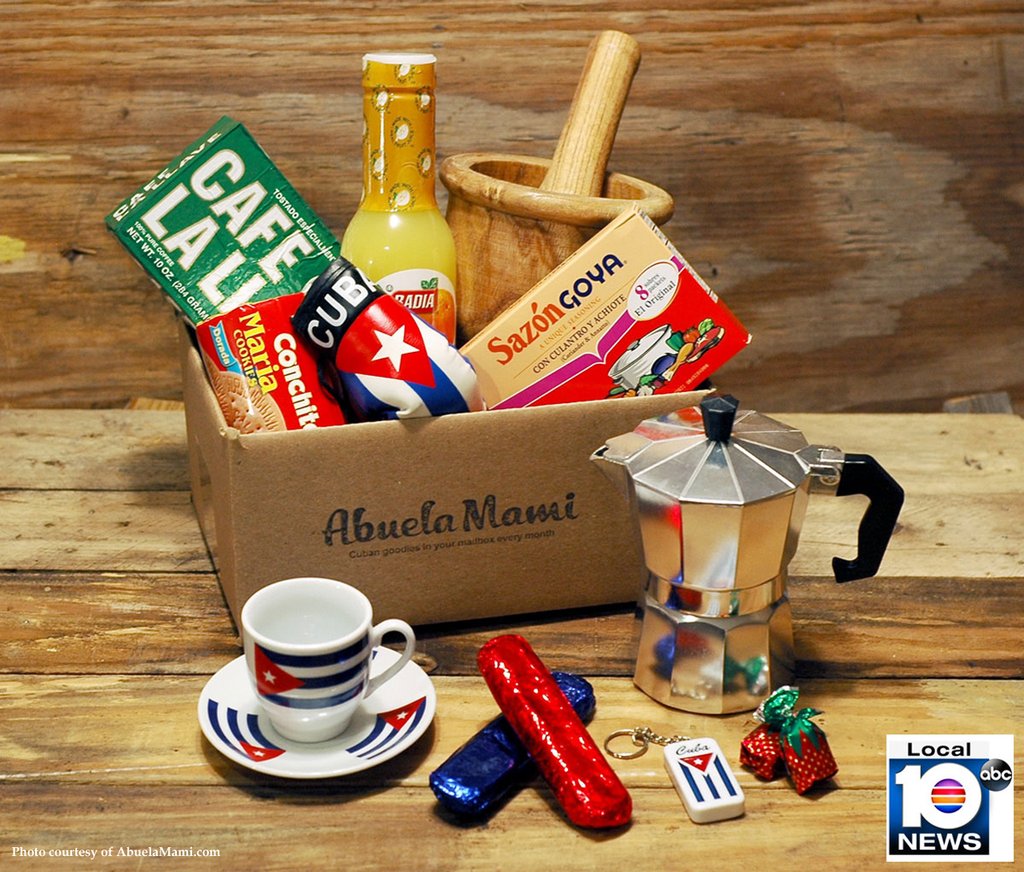