Here are the top 10 wackiest Florida stories of 2017

MIAMI – Last year Monroe County deputies found a Cookie Monster that was addicted to more than sweets when they spotted a blue toy full of cocaine in the Florida Keys.

Miami-Dade police officers busted the Joker twice. Lawrence Sullivan, 29, had a marijuana vice, and his tattoos were designed to make him look like the fictional villain appearing in Batman.

Matthew Horace Jones told Crestview police officers that his name was Alice in Wonderland and a hookah-smoking caterpillar ordered him to destroy a liquor store with a fork lift.

During a chase in Collier County, Alice Frydberg, 33, called 911 to tell dispatch that President Donald Trump was a close friend of his.

Stephen Titland was just clumsy. The 49-year-old  broke into an unmarked Pasco Sheriff's Office car with deputies waiting inside.

Here is a list of 10 bizarre crimes that went viral:

#Fail: Not his best idea

DEERFIELD BEACH, Fla. -- A man was armed with a rock when he tried to break into a store Jan. 4. It wasn't his best idea. The Spy Spots, a private investigative agency and store, is a fortress with high definition video cameras that captured his lame attempt.  Watch the video > 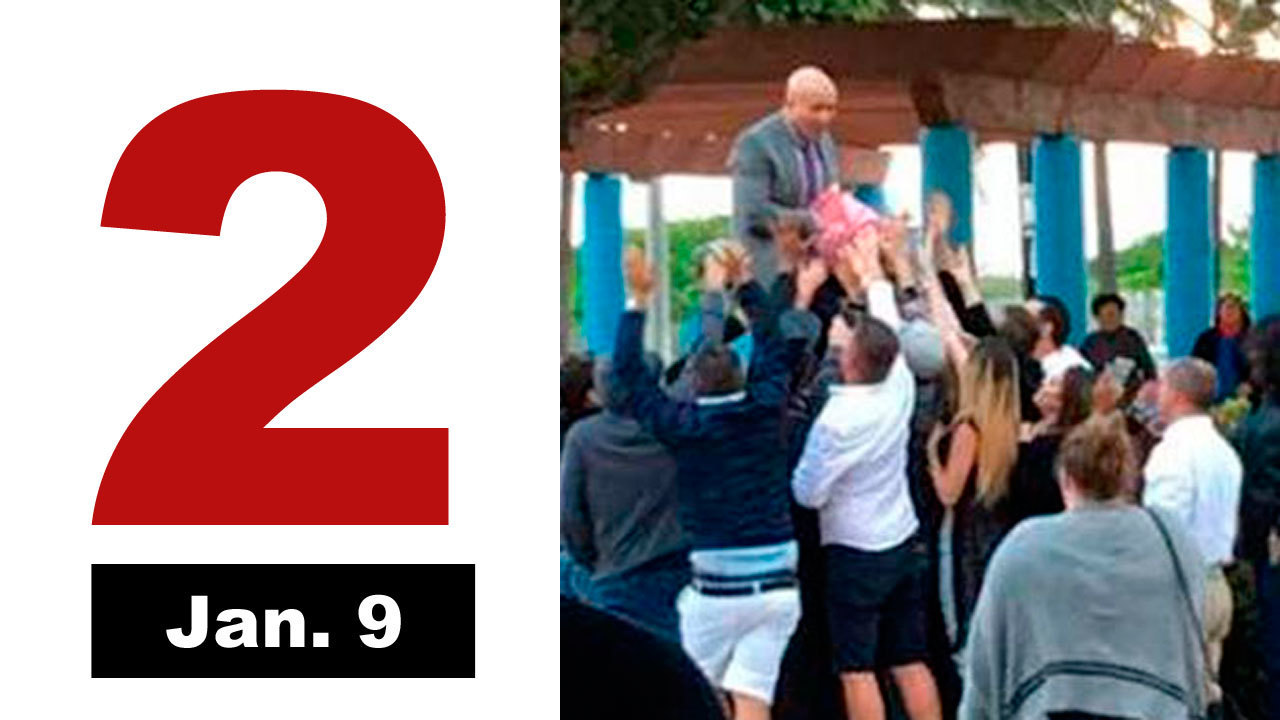 MIAMI BEACH, Fla.  -- Facebook user "Mikebilly So-Focused" used Facebook Live to send a message Jan. 9: 'omg 911 i need help.' He told FBI agents that he was working as an Uber driver when he picked up Enrique Gamez, 35, and he took him hostage while he stole from the Navy Federal Credit Union in Brickell and gave away the cash to strangers in South Beach. Watch the video >

SARASOTA, Fla. -- Authorities discovered Frankie Bybee worked as a Sarasota County Sheriffs' deputy and a prostitute who filmed videos while on patrol. He used Tango to distribute them and PayPal to get paid. It all ended for the veteran deputy when 79-year-old Marcia Sohl filed a complaint Jan. 9.  She said the 46-year-old father used her debit card and checks to take her money, sold her dog on Craigslist, staged a suicide scene and tried to kill her.  Read more >

Two teenage boys attacked a Girl Scout and her family at a cookie stand outside of a Walmart over $20 they allegedly owed their sister, police said. Flagler County Sheriff's Office deputies described what the boys left behind Feb. 18 as "mass chaos." Read more >

MIAMI BEACH, Fla.  -- During spring break in South Beach, two videos of women twerking went viral. One showed a woman on top of a moving Volkswagen on the MacArthur Causeway. Another showed a woman jumping on a moving Miami Beach Police Department ATV and an officer pushing her off. 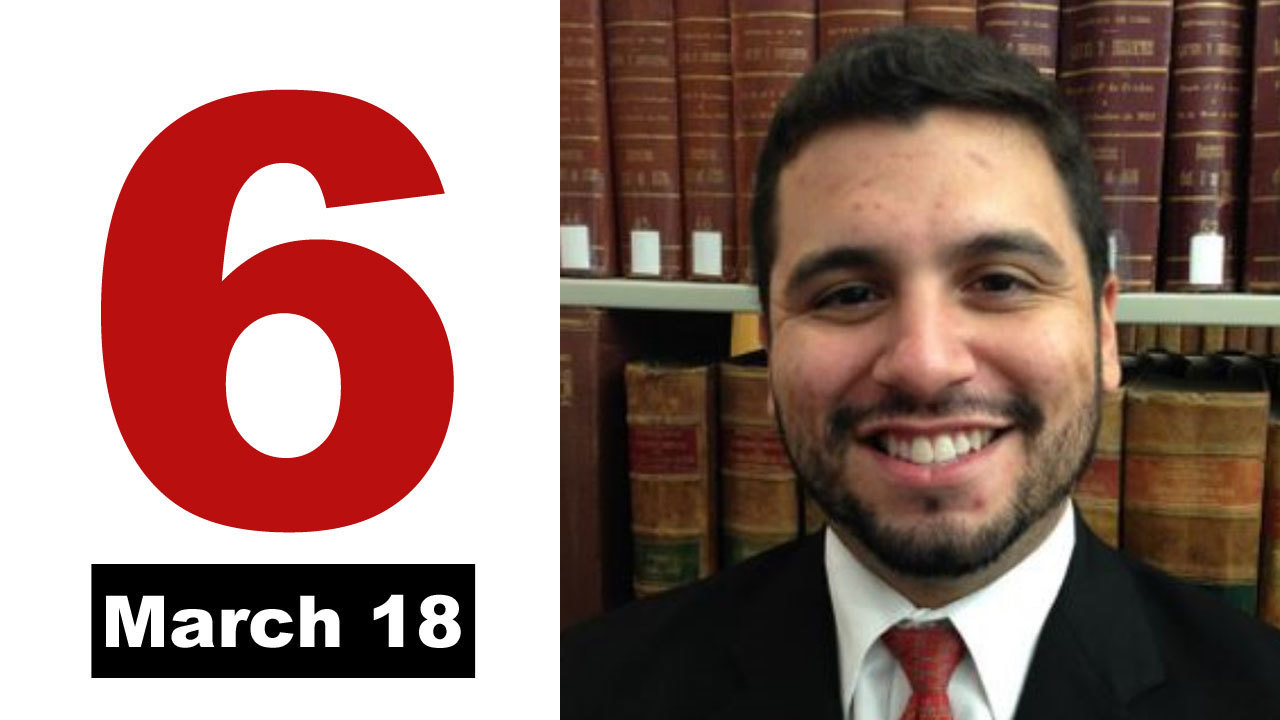 MIAMI -- Did Stephen Gutierrez, 28, stage a 'spontaneous combustion' stunt March 18 in the courtroom? The lawyer was defending Claudy Charles, 49, who was accused of purposely setting his car on fire, when smoke started coming out of his back pocket. Miami-Dade Circuit Court spokeswoman Eunice Sigler said he ran out to the bathroom and claimed an electronic cigarette's battery explosion was to blame for the scene. Read more > 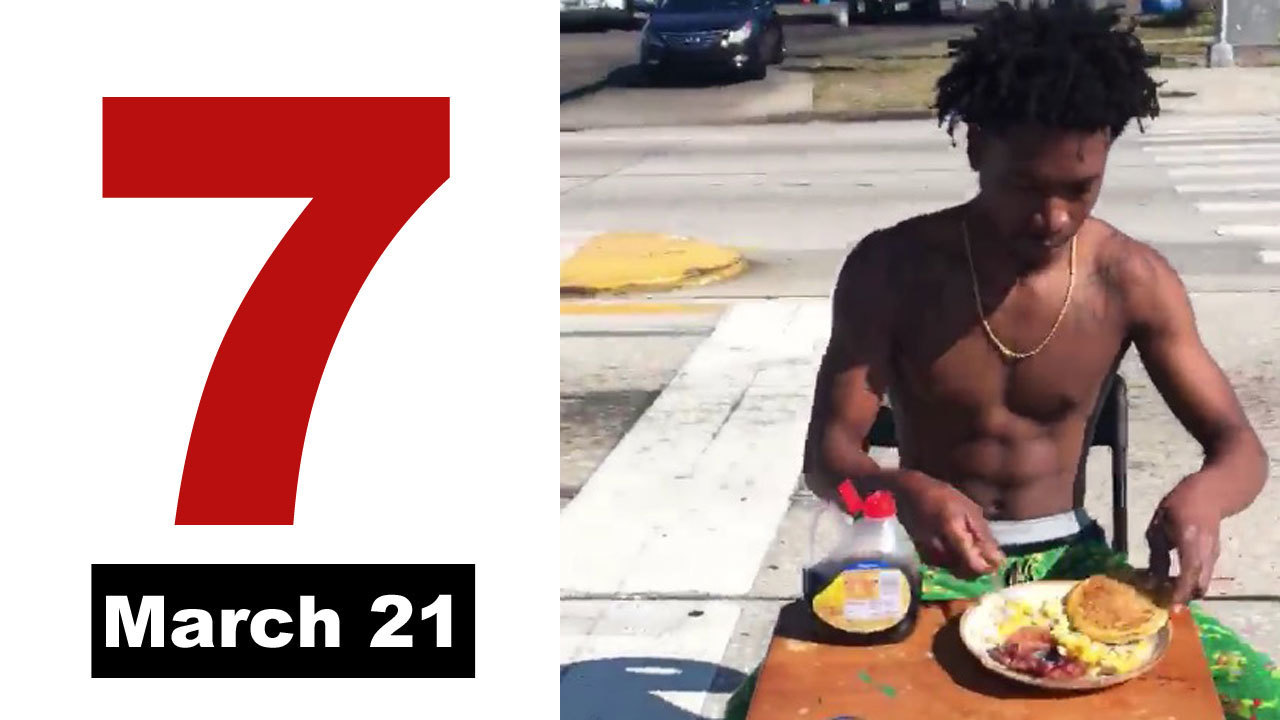 #Prankster: Eating breakfast on the road

LAKELAND, Fla. -- Kiaron Thomas, 21, is a prankster known as the flapjack-eating man. He was wearing his pajamas when he decided to have breakfast in the middle of the street March 21, but the Lakeland Police Department didn't think it was funny. Prosecutors charged him with placing an obstruction in the roadway and disrupting the free flow of traffic. Read more >

#OhNo: Good Samaritan gets beat up

LAKELAND, Fla. -- A trio beat up a man who they believed was trying to abduct a little girl from the Southwest Sports Complex June 24. The Lakeland Police Department later reported it was all a misunderstanding since the suspected pedophile was really a Good Samaritan. Nichole Floyd told officers she saw Utpal Patel, 39, trying to help 2-year-old Kaydence, find her dad before Austin Strickland, 22, and others beat him up. Read more >

LAKELAND, Fla. --  Witnesses told Polk County Sheriff's deputies that they saw a woman who was riding a horse acting erratically on a busy road. Deputies found Donna Byrne, 53, drunk Nov. 2. She was arrested and prosecutors charged her with driving under the influence and animal neglect. Read more >

FORT WALTON BEACH, Fla. -- A wild thief broke into the Cash’s Liquor Store Nov. 24. After a possum caused mayhem and drank about three cups of Courvoisier cognac, an officer took him to The Emerald Coast Wildlife Refuge. Read more >