Scam alert: That Costco text message isn’t really from them

Detectives still looking for parents of baby found in ocean

CARACAS – Venezuelan authorities reported a woman was killed during the siege in Caracas' El Junquito neighborhood, but they did not confirm allegations that she was pregnant when she was killed or that there was also a child killed, as Oscar Perez's organization announced Wednesday on Twitter.

Perez, a highly trained officer who rebelled against Venezuelan President Nicolas Maduro's administration in June when he claimed an attack on two government buildings, died, according to authorities.  Five others were also killed.

"The family demands that the Venezuelan government allows us to identify the body of Oscar Perez. We do not authorize cremation," Perez's wife, Danahis Vivas, tweeted Wednesday afternoon. She also published a message form his mother making the same demands.

Venezuelan newspaper El Nacional reported that the morgue in Caracas' Bello Monte, where reporters and relatives believed the bodies were, was heavily guarded Tuesday and Wednesday. Relatives identified the woman killed as Lisbeth Andreina Ramirez, 26, according to El Informador.

Government critics said Perez's last videos published on Instagram were evidence of an extra-judicial killing or massacre that could prompt investigations by the United Nations, the International Criminal Court and other international organizations. 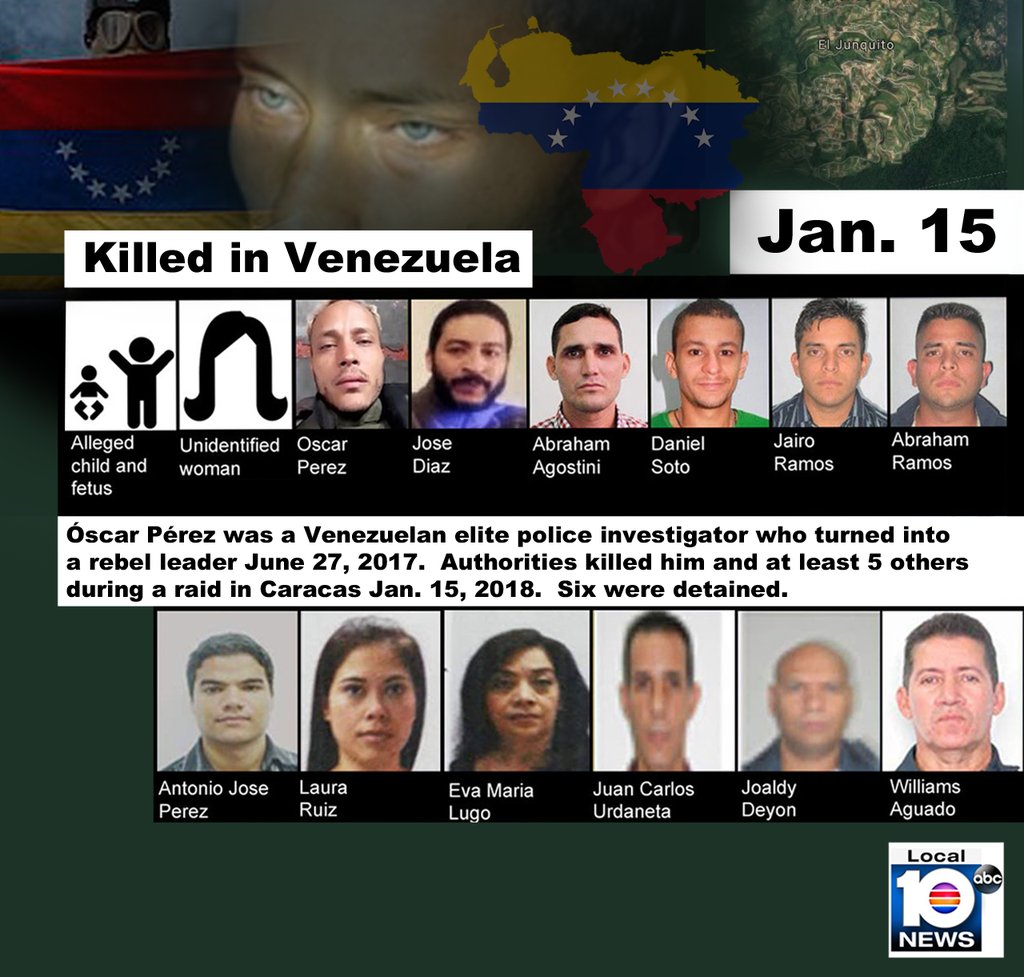