Palm Beach county student is perfect, getting 1600 on SAT

Plane to Chile forced to turn around, causing some to sleep at airport

MIAMI-DADE COUNTY, Fla. – An American Airlines flight to Santiago, Chile, returned to Miami International Airport early Sunday after experiencing mechanical trouble. Some frustrated passengers said the delay forced them to spend the night sleeping on the floor of the airport.

Lakesha Brown, a spokeswoman for American Airlines, said flight No. 957 landed in Miami just after 12:30 a.m. after the pilot reported a mechanical issue. The flight was in the air for about an hour, the spokeswoman said.

Brown said all passengers were offered hotel accommodations and vouchers for meals, which she said is company policy when planes have mechanical problems.

But a video from Miami International Airport shows a large number of passengers crowded in the terminal chanting "we want a bed" in Spanish.

Passenger Jacob Chen, who shot the video, told Local 10 that the airline did not offer hotel accommodations to everyone. Chen said airline workers told him that no more rooms were available.

Instead, he said passengers, which he said included infants and older people, were given a $7 food voucher and were asked to "have patience."

America maintains that all passengers were offered accommodations.

Chen, who is from California, said he was headed to Chile on vacation.

"We landed again at 1 a.m. after being in the plane for an hour," Chen said. "It wasn't until 3 a.m. did American finally tell everyone to sleep in the lobby."

Gail Reed, a Havana-based journalist, posted on Twitter about the delay.

"Huge mess, terrible treatment. Only some got hotels at about 4:30 a.m. Corporate accountability?" she said.

Brown said the company planned to reach out to the passengers to apologize for the delays and offer vouchers. 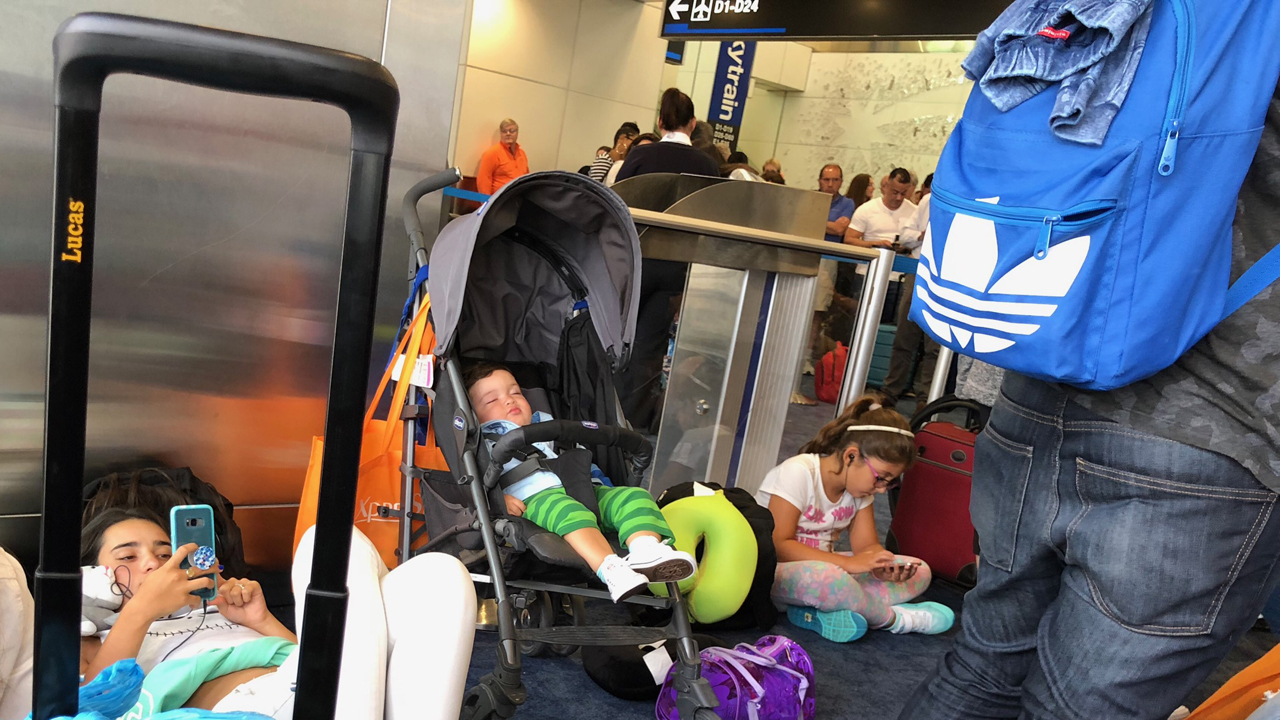