Sheriff: Suspect stopped at Walmart, Subway and McDonalds before arrest

- Uber driver drops off Nikolas Cruz at the school at 5901 NW Pine Island Road in Parkland.

- Cruz enters the east stairwell with a rifle inside a black soft case. He exits the stairwell after pulling the rifle out of the case.

- Cruz takes the west stairwell to the second floor.

- Cruz takes the east stairwell to the third floor.

- Cruz drops his rifle and backpack and runs down the stairs.

- Cruz exits building 12 and runs toward the tennis courts. 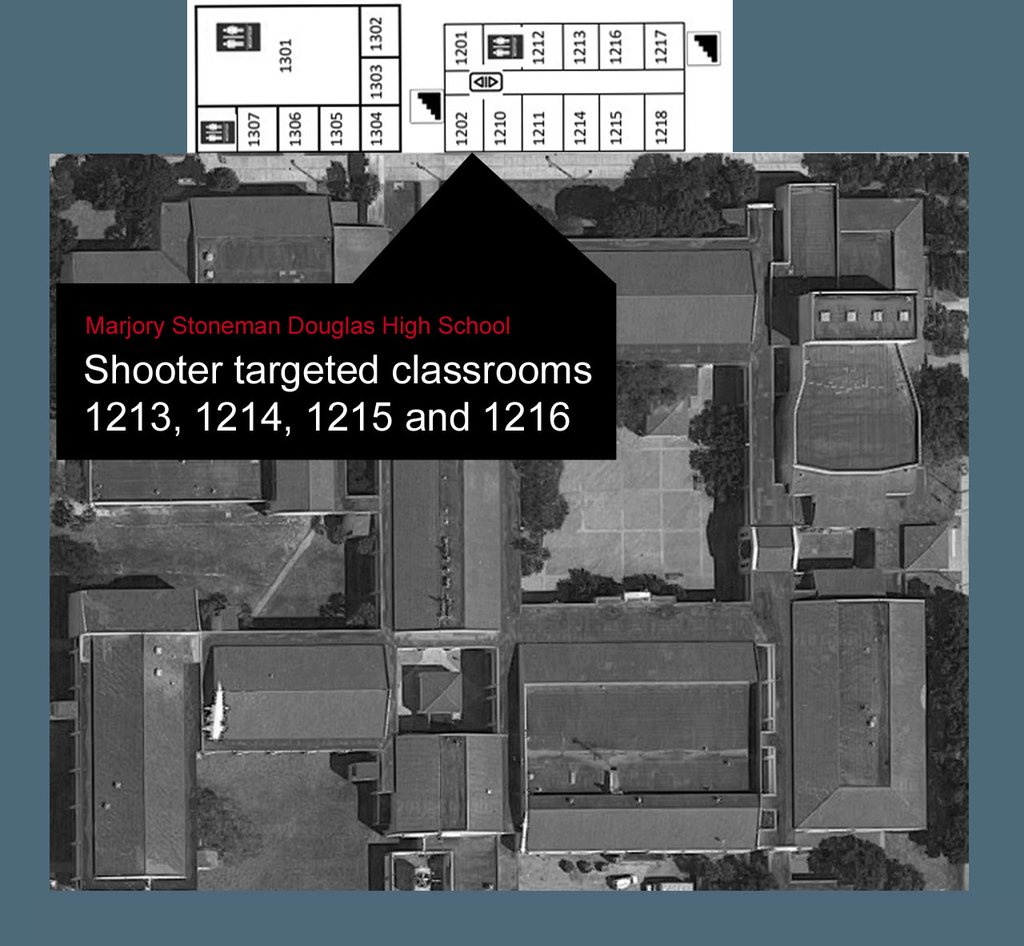 'Blending in with the crowd'

- Cruz takes a southbound turn, crosses fields and runs west along with others who are fleeing and tries to mix in with the group running away.

- Cruz arrives at the Walmart at 6001 Coral Ridge Drive, buys a drink at the Subway inside and leaves on foot.

- Cruz arrives at the McDonald's at 5741 Coral Ridge Drive, sits down for a short time and leaves on foot.

- A Coconut Creek Police Department officer detains Cruz at 4700 Wyndham Lakes Drive. He is positively identified and taken into custody.