Viewing, funeral for Miami native, among 3 killed in U. of Virginia shooting

NAPLES, Fla. – Wildlife biologists believe they have discovered the largest predator-to-prey ratio ever recorded after a Burmese python ate a white-tailed deer at a Florida state park.

The Conservancy of Southwest Florida shared its observation of the invasive predator during a news conference Thursday.

"This animal's not supposed to be here," biologist Ian Bartoszek said of the snake native to Southeast Asia. "

The discovery was made while biologists were conducting research at Collier-Seminole State Park in April 2015.

Although they're not native to South Florida, Burmese pythons have found a natural home away from home because of the climate, Bartoszek said.

"Whether they were intentionally released or they escaped, they are here and they have a wild population and they're wreaking havoc on our native wildlife," he said.

The Conservancy of Southwest Florida documented a Burmese python eating a white-tailed deer that weighed more than the python itself. This is believed to be the largest predator/prey ratio ever documented for the Burmese python, and possibly for any species of python. The findings will be published in the March 2018 issue of Herpetological Review. Watch as Conservancy Biologist Ian Bartoszek gives a press event to local media outlets about the find.

Posted by Conservancy of Southwest Florida on Thursday, March 1, 2018

Biologists documented the discovery in pictures, one of which shows the python regurgitating the fawn.

"That is not cut open," Bartoszek said. "That's the actual skin and the mouth (of the snake)." 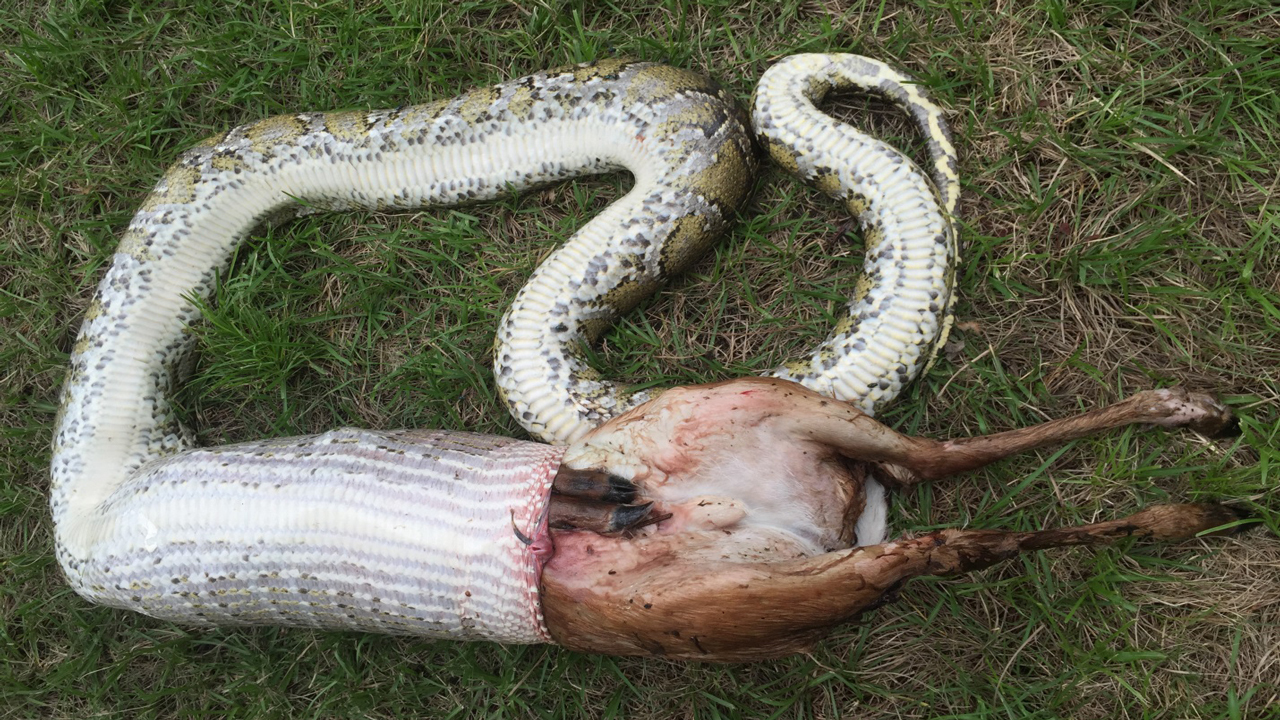 Bartoszek said it is believed to be "the largest python-to-prey ratio yet documented."

The python was 11 feet long and weighed 31.5 pounds, while the deer weighed slightly more at 35 pounds. 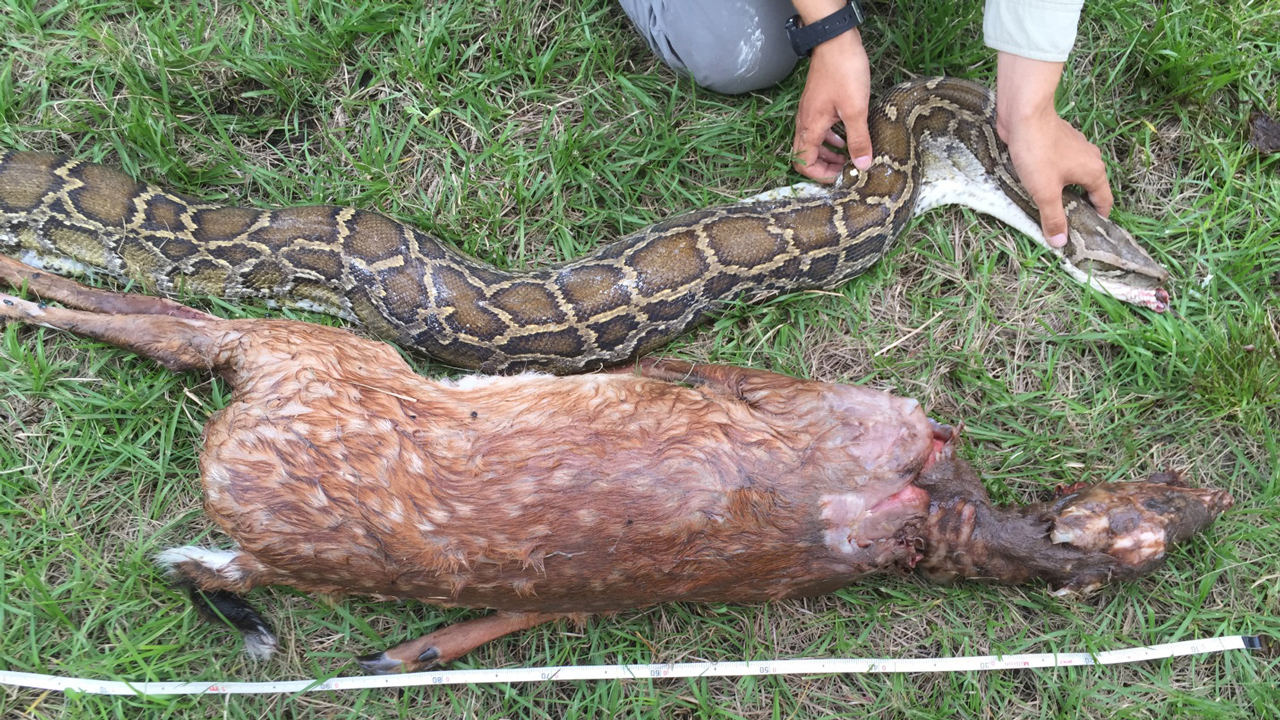 Biologists are concerned for the federally protected Florida panther, which relies on white-tailed deer as its primary prey.

Bartoszek said the record-breaking discovery is proof that the Burmese python is a threat to native wildlife.

"I'm sure that will be challenged over the years here in South Florida," Bartoszek said.