Behemoth blue catfish would have been a record catch in Florida, but...

PEMBROKE PARK, Fla. – A Florida man caught a behemoth blue catfish that should have been a state record. But how he caught it disqualifies him from earning the distinction.

Joel Singletary reeled in the 120-pound catch on his trotline April 11 while fishing in the Choctawhatchee River.

Florida's record catch for the blue catfish is 69½ pounds, but because the 78-year-old man caught his much bigger fish on a trotline, it won't go into the record books for posterity.

Bekah Nelson, a spokeswoman for the Florida Fish and Wildlife Conservation Commission, said it must be caught by rod-and-reel to qualify for the state record. That means the current state record stands.

Nevertheless, the massive catfish remains a whopper of a catch -- one that Singletary will likely be able to share for future generations. 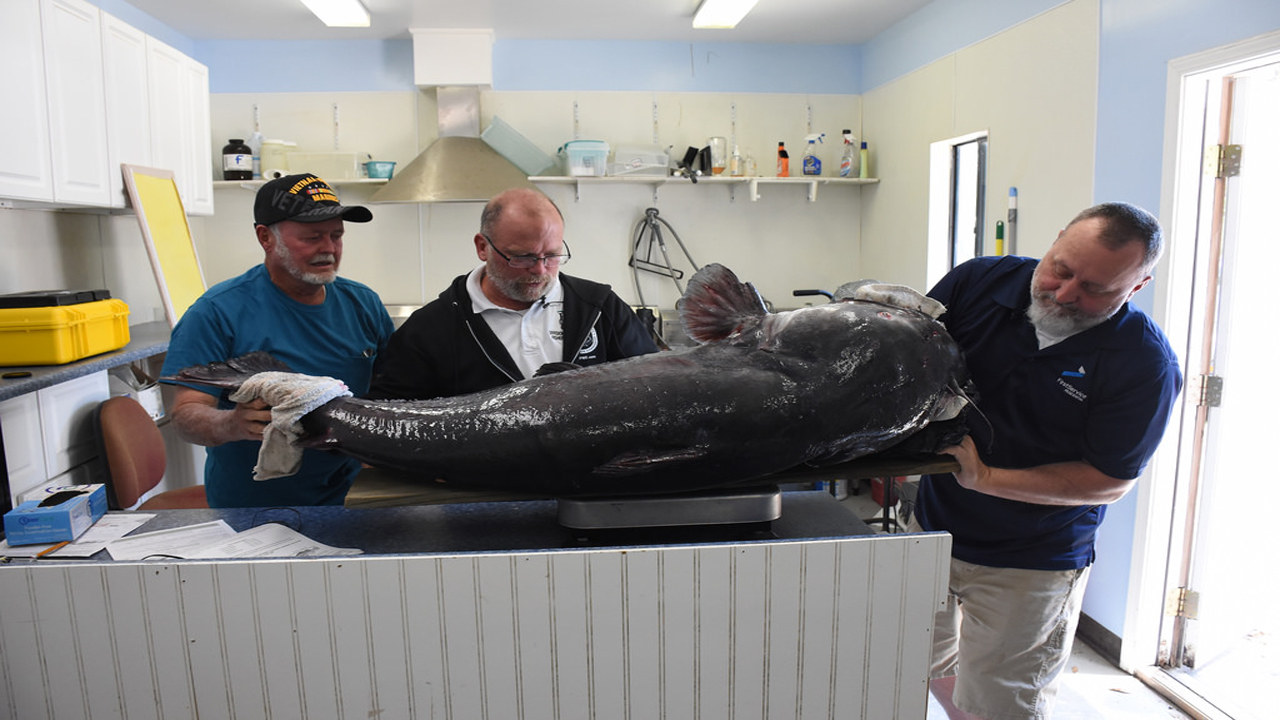