FORT BRAGG, N.C. – U.S. Army Sgt. La David Johnson, the 25-year-old father who was born in Miami Gardens and died in Oct. 4 while fighting Islamic extremists in Africa, was added to a memorial on Friday at Fort Bragg.

Johnson, a member of the U.S. Army Special Operations, is part of a memorial wall with the three other soldiers who were killed with him during an ambush in Niger -- Staff Sgt. Bryan Black, Sgt. 1st Class Jeremiah Johnson and Staff Sgt. Dustin Wright.

"Neither the words nor the deeds of the living can adequately honor the actions and commitment of those who gave the last full measure of devotion for the nation," said Lt. Gen. Kenneth Tovo, commanding general of the U.S. Army Special Operations Command.

The memorial wall at Fort Bragg has the names of 1,218 soldiers who died during combat dating back to World War II.

Staff Sgt. Logan J. Melgar, who died in Mali, was also included in the memorial wall. 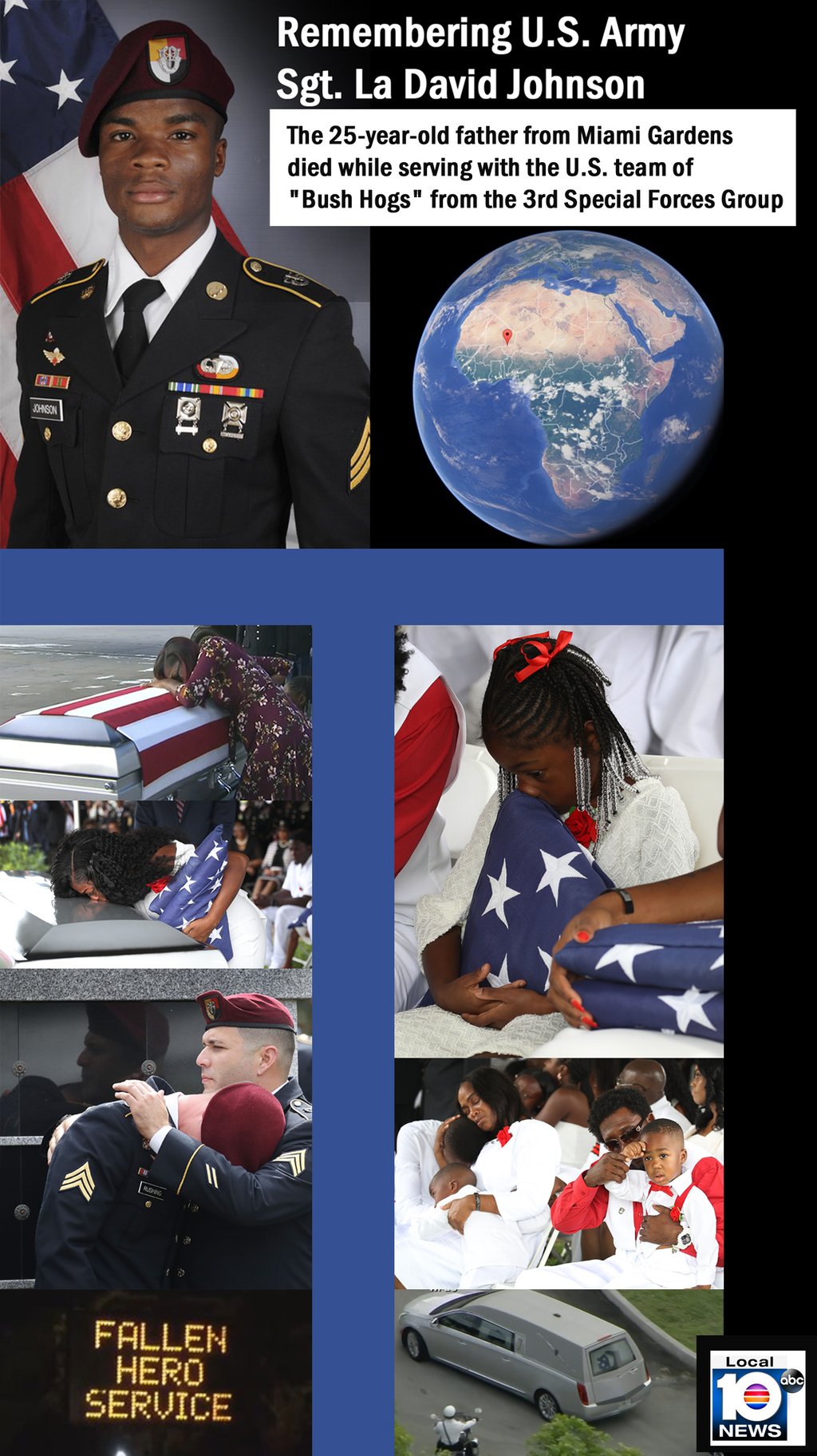