SUNRISE, Fla. – The father of a student killed in the Parkland school shooting said Thursday he is stepping down from the public safety commission formed in the aftermath of the mass shooting to focus on an independent investigation.

"It is my intention to get individuals elected to our school board that will take preventative measures in keeping our schools safe," Pollack wrote.

Pollack said he'll also be spending his "time and resources on an independent investigation that will get to the bottom of who was responsible for the atrocities that occurred" during the Feb. 14 shooting that killed 14 students and three faculty members at Marjory Stoneman Douglas High School.

His daughter, Meadow Pollack, was among those killed by confessed shooter Nikolas Cruz.

"It is my intention to make sure that all of the individuals and agencies that are responsible for this massacre be held legally accountable," Pollack wrote.

School resource Deputy Scot Peterson resigned after Broward County Sheriff Scott Israel said Peterson failed to engage the shooter. The Broward County school board has also come under fire for its handling of Cruz, who was a former student at Marjory Stoneman Douglas High School. 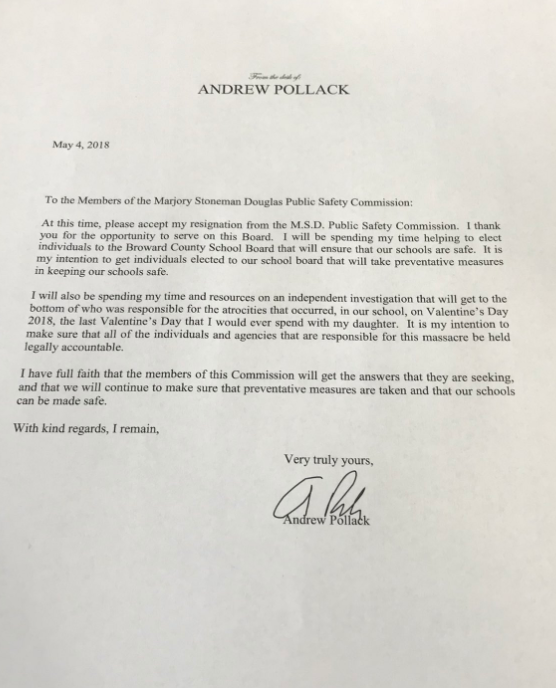