Broward teachers retire, saying ‘it’s not worth my health’

Cuban artist gives away his work in streets of Havana

HAVANA – Cuban artist Yulier Rodriguez said "Regalos," his new art project  in the streets of Havana, was born out of his experience with government censorship.

Rodriguez decided to use debris from decaying buildings, because he says they represent the decay of Cuban society. He has been searching for pieces with a flat surface.

Rodriguez's new project so far has more than 50 pieces, and he has given them all away. He said his hope is to create a dialogue.

"Any person can find it on the street and can collect it," Rodriguez said.

He said his inspiration comes from his life experiences in Cuba. Some pieces focus on violence, fear, sadness and misery. He said the honesty of his work is rare among the artists that the Cuban government has legitimized.

In a previous project, Rodriguez used glass bottles to roll up copies of his signed sketches and disposed of them out on the flooded streets after Hurricane Irma. He wanted to use his art to comfort those who would find them.

Cuban authorities recently detained Rodriguez for 36 hours and ordered him to erase all of his graffiti in a week. That never happened. He said the harassment has not stopped, and it wouldn't surprise him if he is detained again. 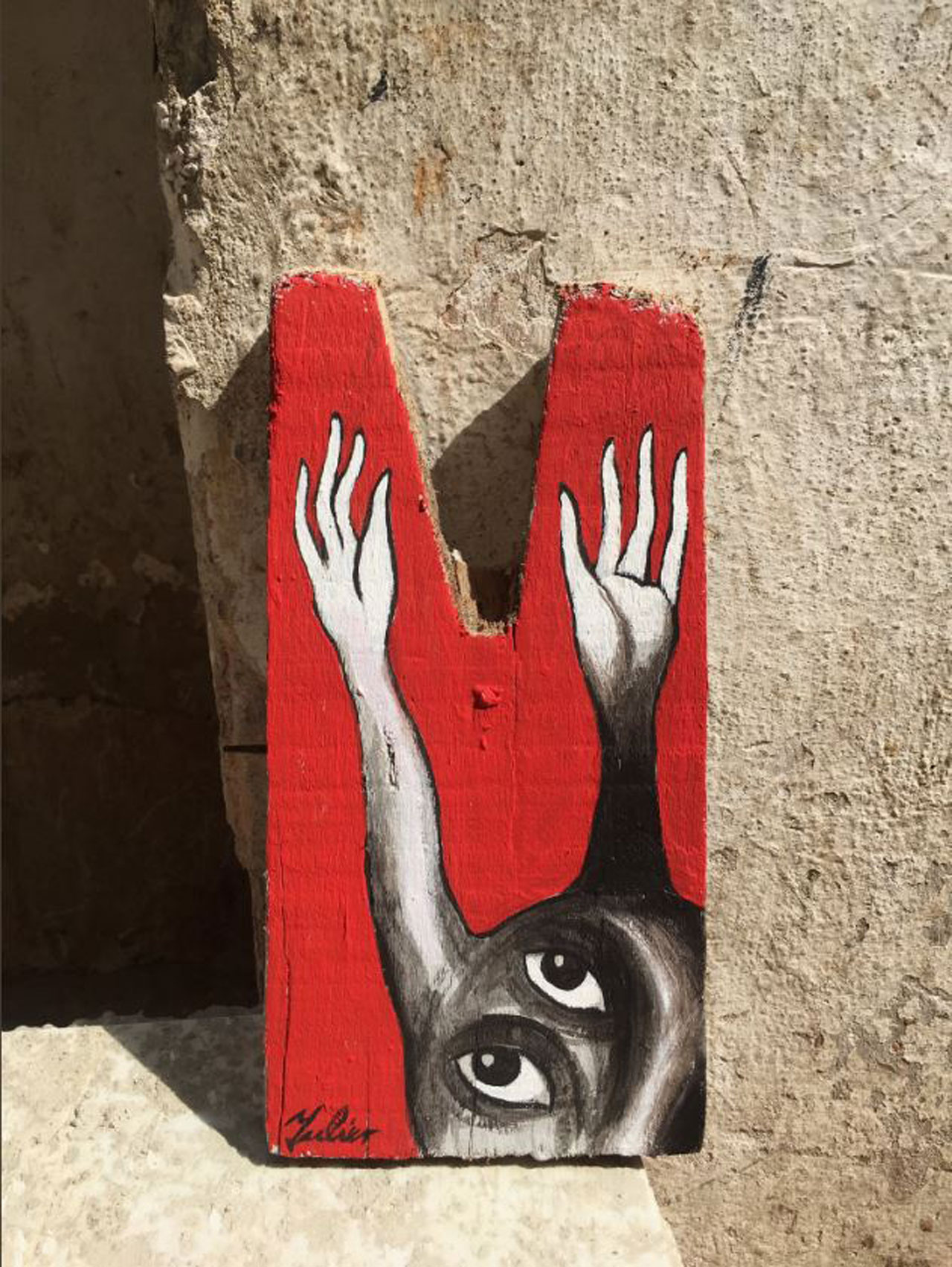 There are other graffiti artists who use their art to express how they have felt about their treatment in Cuba.

Artist Danilo "El Sexto" Maldonado served 10 months in prison over an installation that involved two pigs with the names of Raul Castro and Fidel Castro, and he was later arrested after he shared a video of graffiti mocking Fidel Castro's death.

Artist Tania Bruguera was arrested and released three times over a public performance about freedom of expression. She has had exhibits at numerous museums and galleries, including the Museum of Modern Art in New York, since 1986.

Luis Manuel Otero Alcantara is a multimedia artist who was detained last year. He and his partner, the curator Yanelys Nunez, worked on a digital project called "The Museum of Dissidence in Cuba."