FORT LAUDERDALE, Fla. – One man was burned after a fire broke out Monday afternoon aboard a sport fishing boat at the Bahia Mar marina in Fort Lauderdale, authorities said.

Battalion Chief Stephen Gollan, a spokesman for the Fort Lauderdale Fire Department, said the fire started around 4:30 p.m. at the marina in the 800 block of Seabreeze Boulevard. Firefighters arrived on the scene in about 4 minutes, pulling a 300-foot fire hose down the dock to prevent the fire from spreading to other vessels.

Paramedics transported the 67-year-old victim to Broward Health Medical Center. Officials said he suffered first-degree burns. Gollan said the man was working on the 2007 48-foot Viking yacht when  two explosions occurred on board.

The man's dog was also aboard the boat, but escaped unharmed, Gollan said. 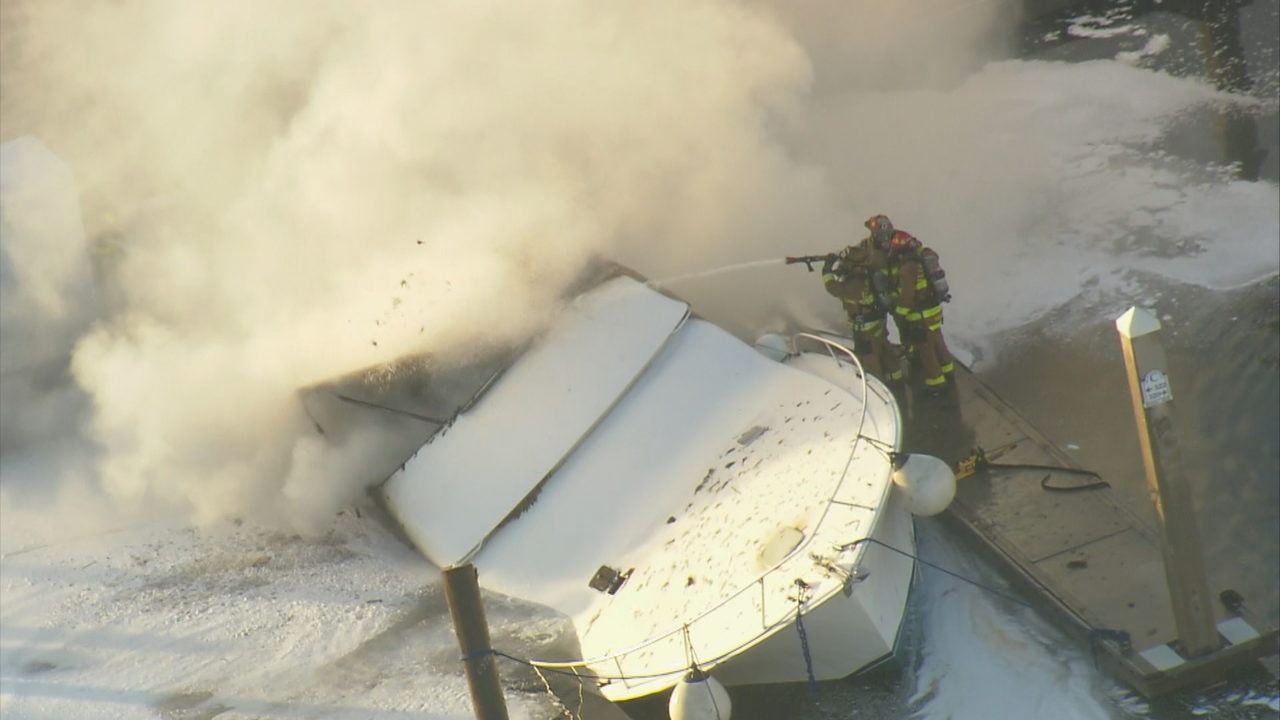 Cellphone video shows the man jumping from the sport fishing boat onto the dock as the fire rages on the boat.

Sky 10 was above the scene as firefighters used foam and water to contain the blaze. The sport fishing boat sank into the water as heavy smoke and flames poured out of the boat.

By 5:30 p.m., firefighters had the fire under control. Firefighters erected a barrier in the water to contain fuel leaking from the boat, which was carrying about 1,000 gallons.

Investigators are still determining what caused the explosions. Crews plan to pull the wreckage of the boat from the water on Tuesday.

Saira Anwer joined the Local 10 News team in July 2018. Saira is two-time Emmy-nominated reporter and comes to South Florida from Madison, Wisconsin, where she was working as a reporter and anchor.