Dorian has increased in intensity a little. As of the 8 a.m. advisory, its top winds are 115 mph. It's producing strong wind bands with embedded tornadoes along the Carolina coast.

These same area were pummeled by Hurricane Matthew in 2016 and Hurricane Florence last year.

Virginia, the Mid-Atlantic and the Northeast will also feel the effects of Dorian Friday and Saturday as it speeds off to the north. Significant coastal effects are possible on the Mid-Atlantic coast from Virginia to Delaware and on Cape Cod. Eastern Long Island will get some of the outer bands, and the water will be high along the Atlantic beaches. 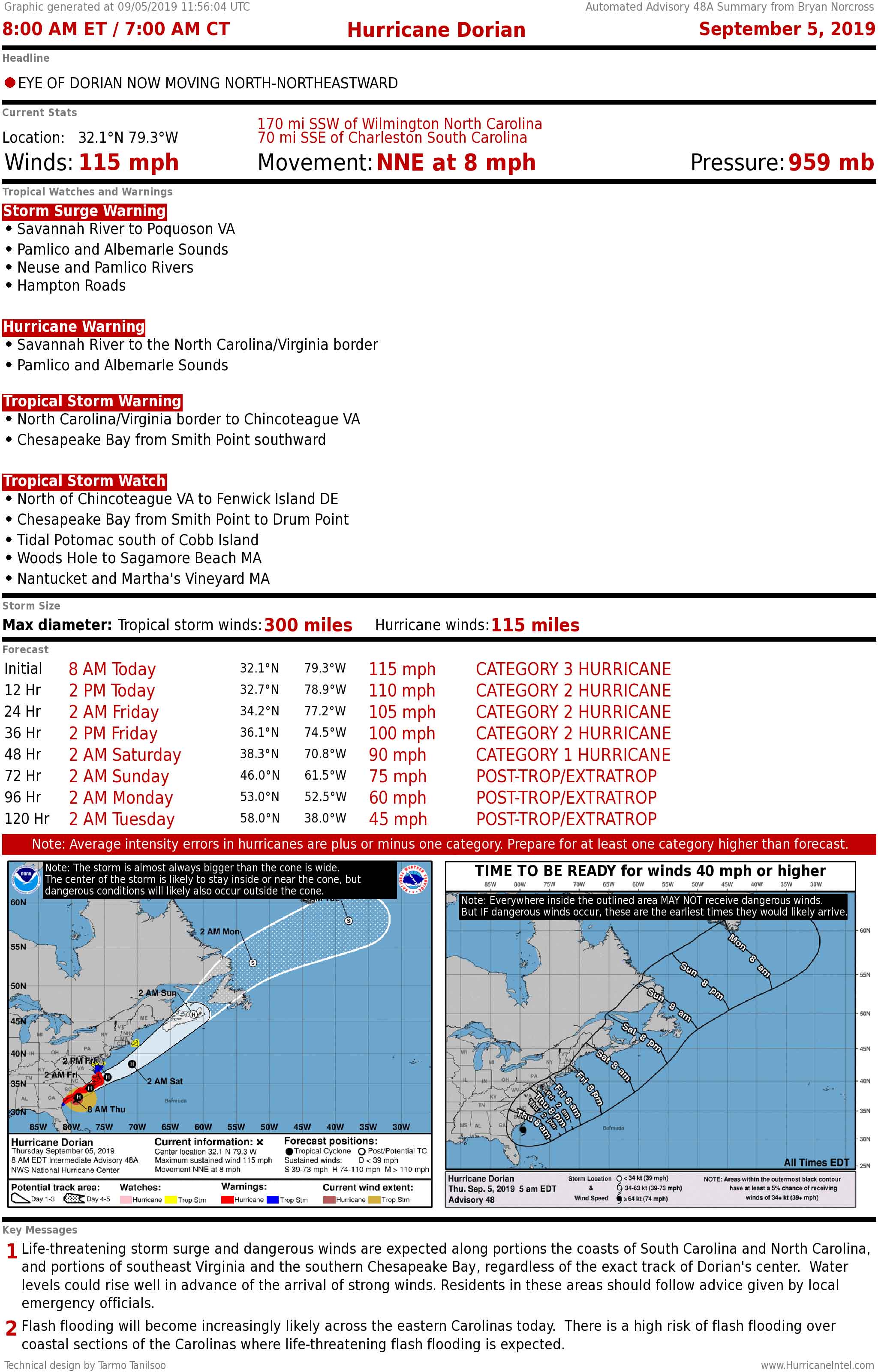 The key messages from the National Hurricane Center on Dorian are:

Elsewhere in the tropics, on the other side of the Atlantic, Tropical Storm Gabrielle is weak and will track out to sea. There is another system in the middle of the Atlantic that has a decent chance of developing north of Bermuda. It won't threaten land. 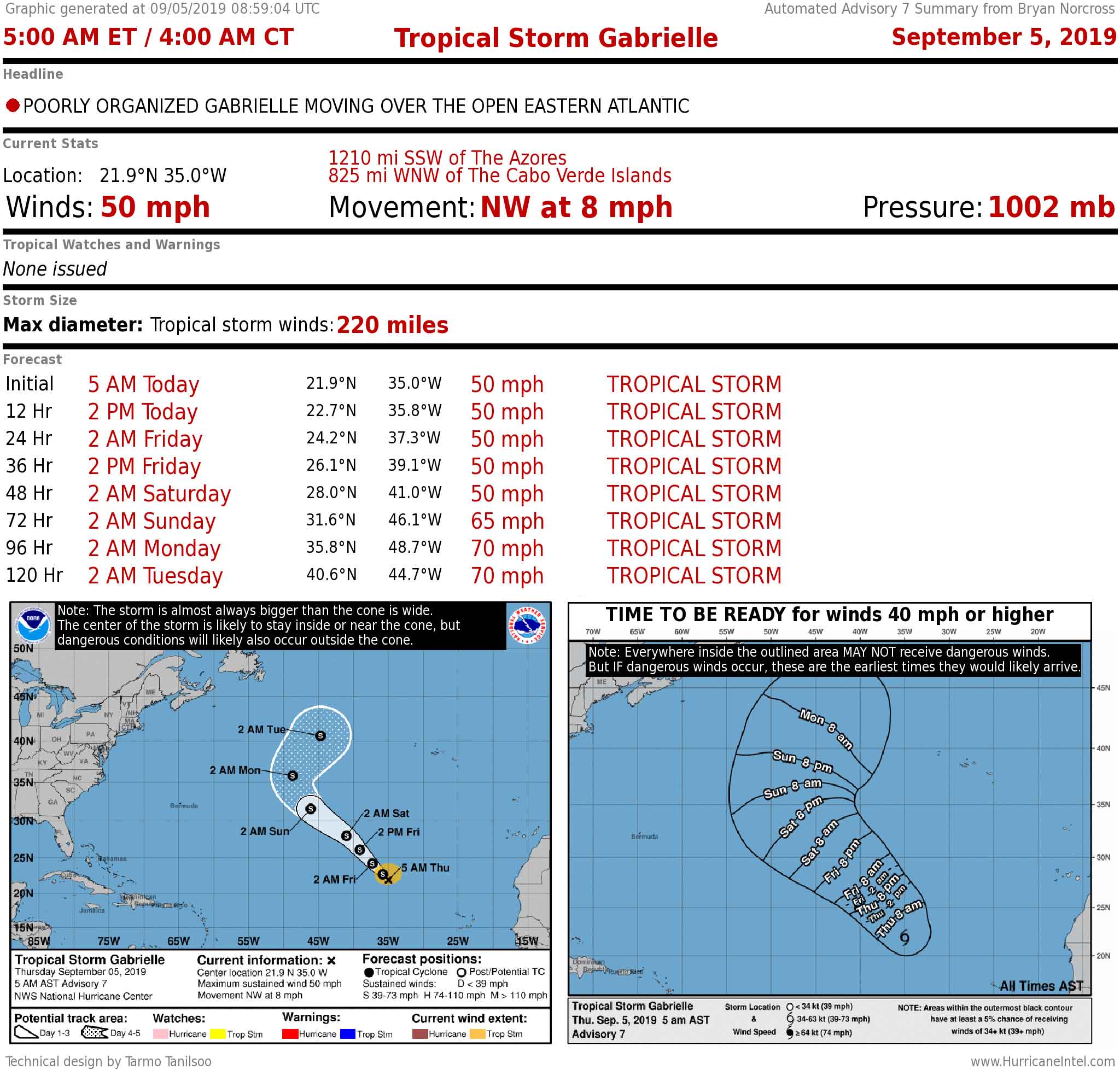 A small disturbance is east of the Caribbean islands and has a slight chance to develop, but does not appear to be a threat at this time. And a strong tropical disturbance has moved off of Africa. We will watch for its development and the development of the one behind it next week.