Mother of woman killed in Broward: ‘I just want to know who, why’

PEMBROKE PARK, Fla. – Tropical Storm Humberto is tracking north, well offshore of Florida, on its way to becoming a hurricane Sunday or Monday.

As of 5 p.m. Sunday, Humberto had maximum sustained winds of 70 mph and was moving north-norhtwest at 6 mph.

In the far east Atlantic, there is a system we'll have to watch this week. Humberto is moving away from the northern Bahamas and staying well offshore of the Florida coast.

It's forecast to continue strengthening, becoming a hurricane Sunday or Monday, while turning toward the east, away from the Southeast coast.

The main threat will be high, dangerous surf along the Southeast coast.

Elsewhere in the Atlantic, about midway between Africa and the Caribbean, there is an elongated system that has a good chance of eventually developing – Tropical Disturbance #2.

It will slowly head in the general direction of the eastern Caribbean islands this week.

The models have been inconsistent in their forecasts for the future track of the system, but it's a long way away and is not currently of concern. 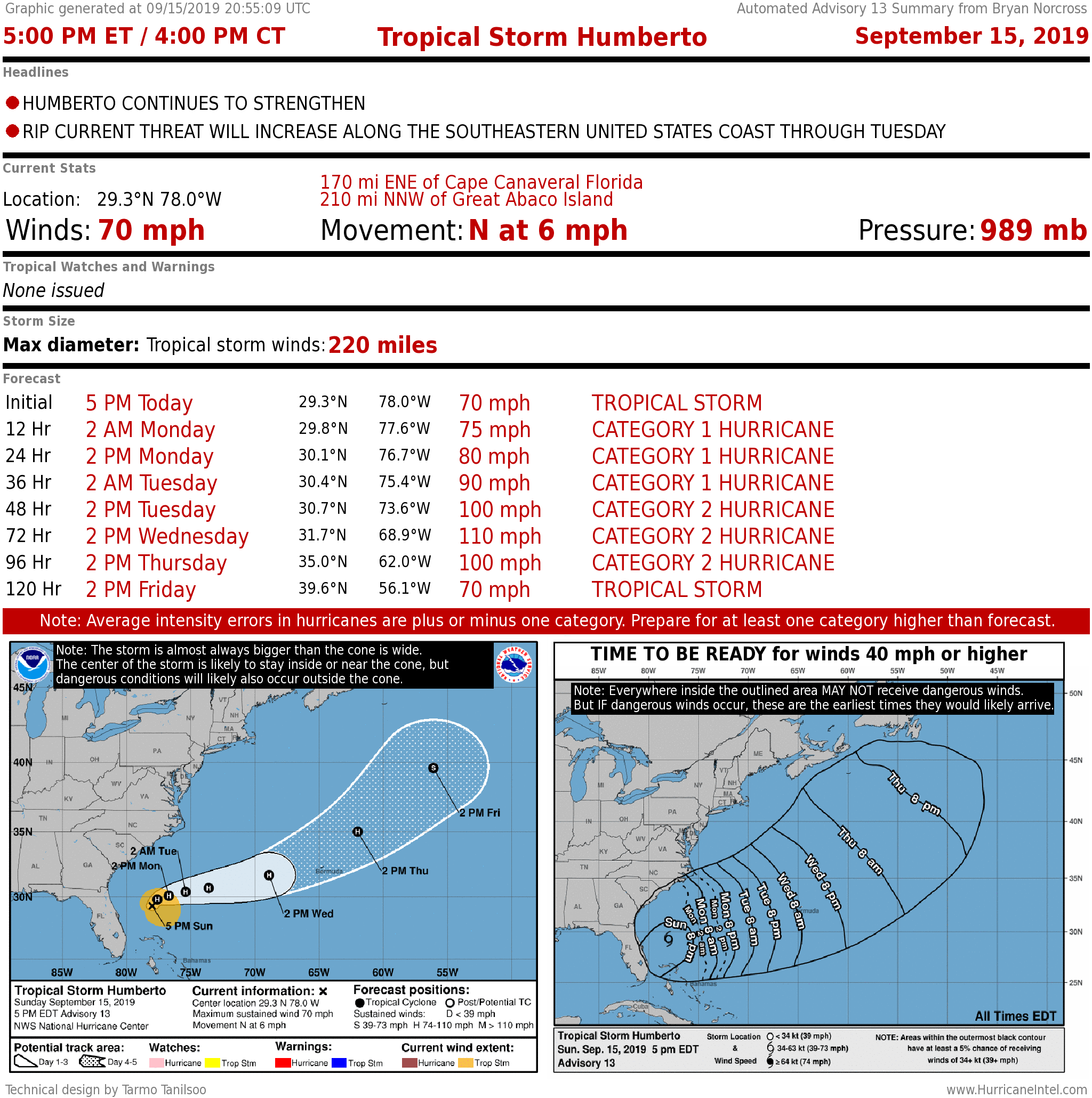 In the Gulf of Mexico, an area of disturbed weather – Tropical Disturbance #1 – is moving toward the Mexico/Texas coast.

It has a slight chance to develop into at least a tropical depression before it gets there. It is not expected to get very strong, even if it organizes.

Otherwise, nothing is threatening to develop in the Atlantic, Caribbean or Gulf of Mexico.