Tropical Storm Karen is struggling and the possibility that it might eventually threaten Florida is now low.

KAREN is being discombobulated by hostile upper winds as it tracks into a holding pattern north of Puerto Rico and well east of the Bahamas. The consensus of the computer forecast models, which is adopted by the National Hurricane Center, is that Karen will loop in the open Atlantic over the weekend and slowly die out. Early next week, the remnants of the system may be deflected in the general direction of the Bahamas and Florida.

There is still some uncertainty in this forecast, however. Some computer forecast models show Karen hanging around longer, but then trend toward weakening the system. The remnants, possibly as a moisture surge, could cross Florida next week. 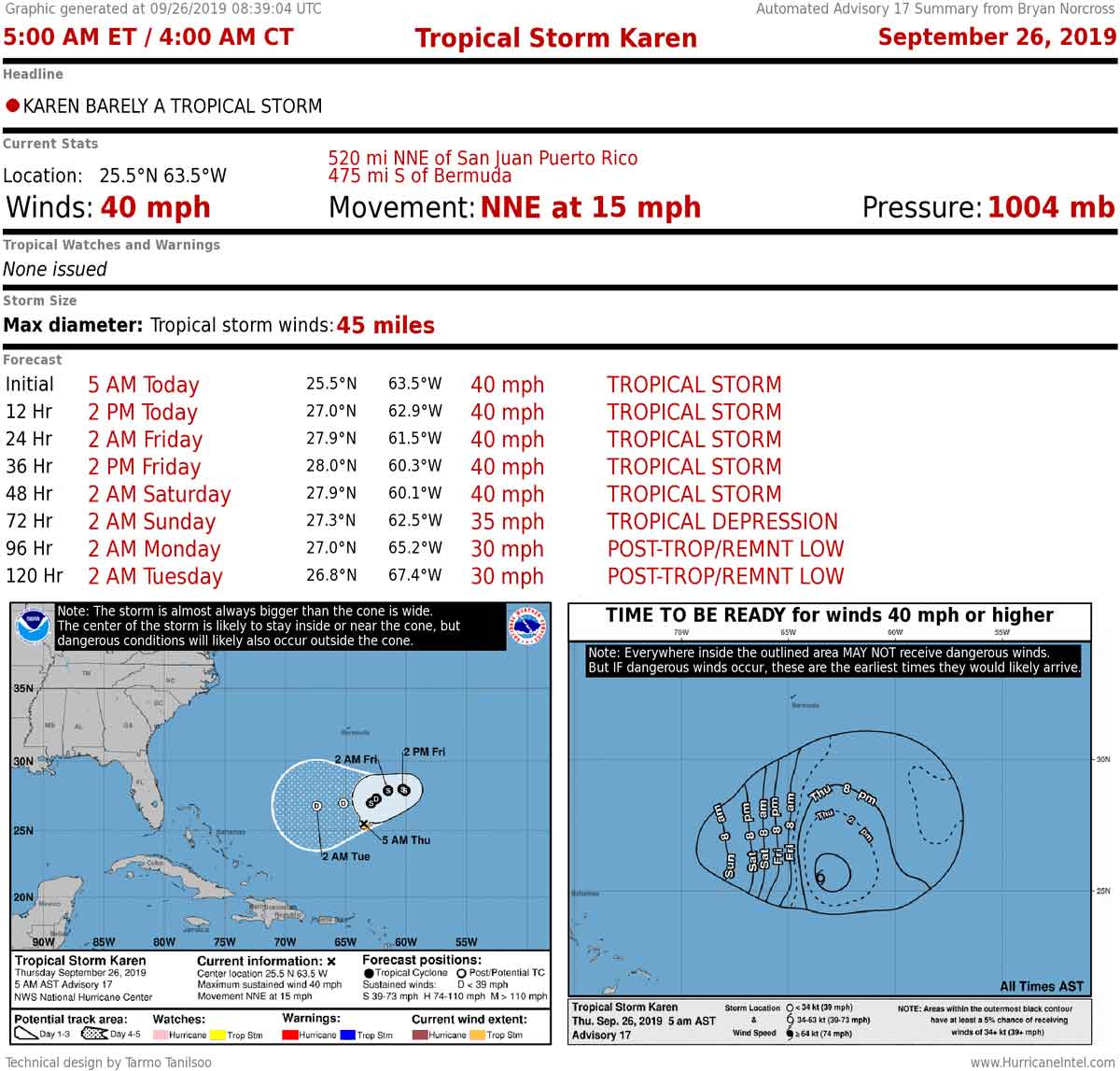 For now, plan to stay informed over the weekend on the chance that something unexpected happens. But it's most likely that it will not be a significant system when or if it comes near Florida.

HURRICANE LORENZO has become a large, strong storm in the far eastern Atlantic. Thankfully, it will turn north well before it gets to the Caribbean islands. It may affect the Azores west of Portugal, however, next week. 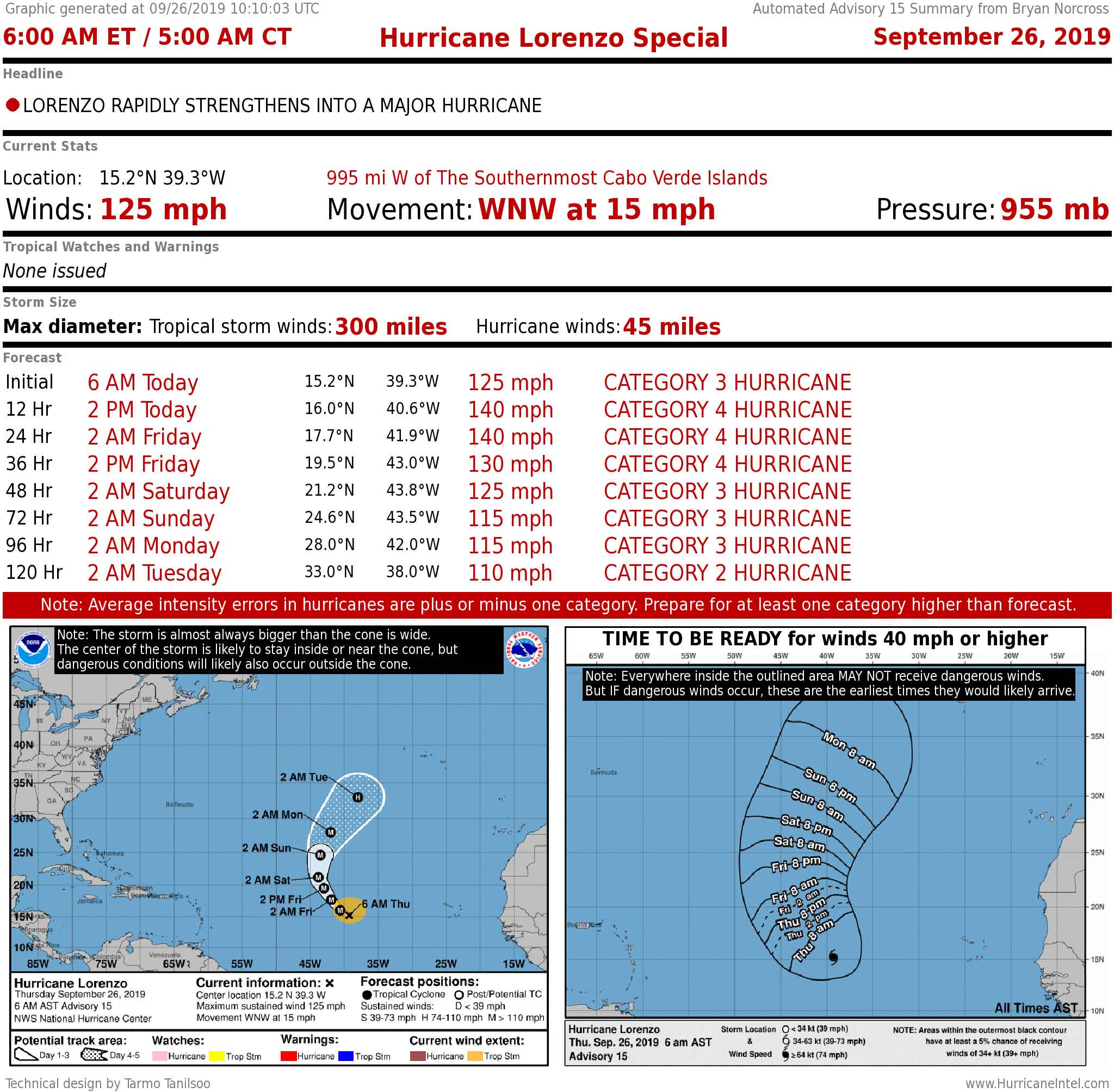 OTHERWISE, there are no threatening systems of note.