Fairly quiet in tropics as Melissa moves away from Northeast coast

Central America to be impacted by broad area of disturbed weather

The broad area of disturbed weather in the Caribbean will drift over Central America the next few days. And Subtropical Storm Melissa is finally moving away from the Northeast.

A broad AREA OF DISTURBED WEATHER stretches from the southwestern Caribbean across Central America into the Pacific.  As it tracks northwest, straddling Central America, there’s a slight chance a circulation could spin up in the Caribbean or eventually in the southern Gulf over the next several days. It could also happen on the Pacific side of Mexico.

In the long term, if something develops in the southern Gulf next week, we’ll watch it for the northwestern Gulf coast.  But that’s a long way off and the odds are low.  The system is no threat to Florida.

SUBTROPICAL STORM MELISSA is slowly moving away from the Northeast coast after days of pounding surf, coastal flooding, and strong winds.  The storm will get absorbed into a cold front pushing into the North Atlantic in a day or so.  It’s called a “subtropical” storm because structurally it’s a hybrid between a nor’easter and a tropical storm. 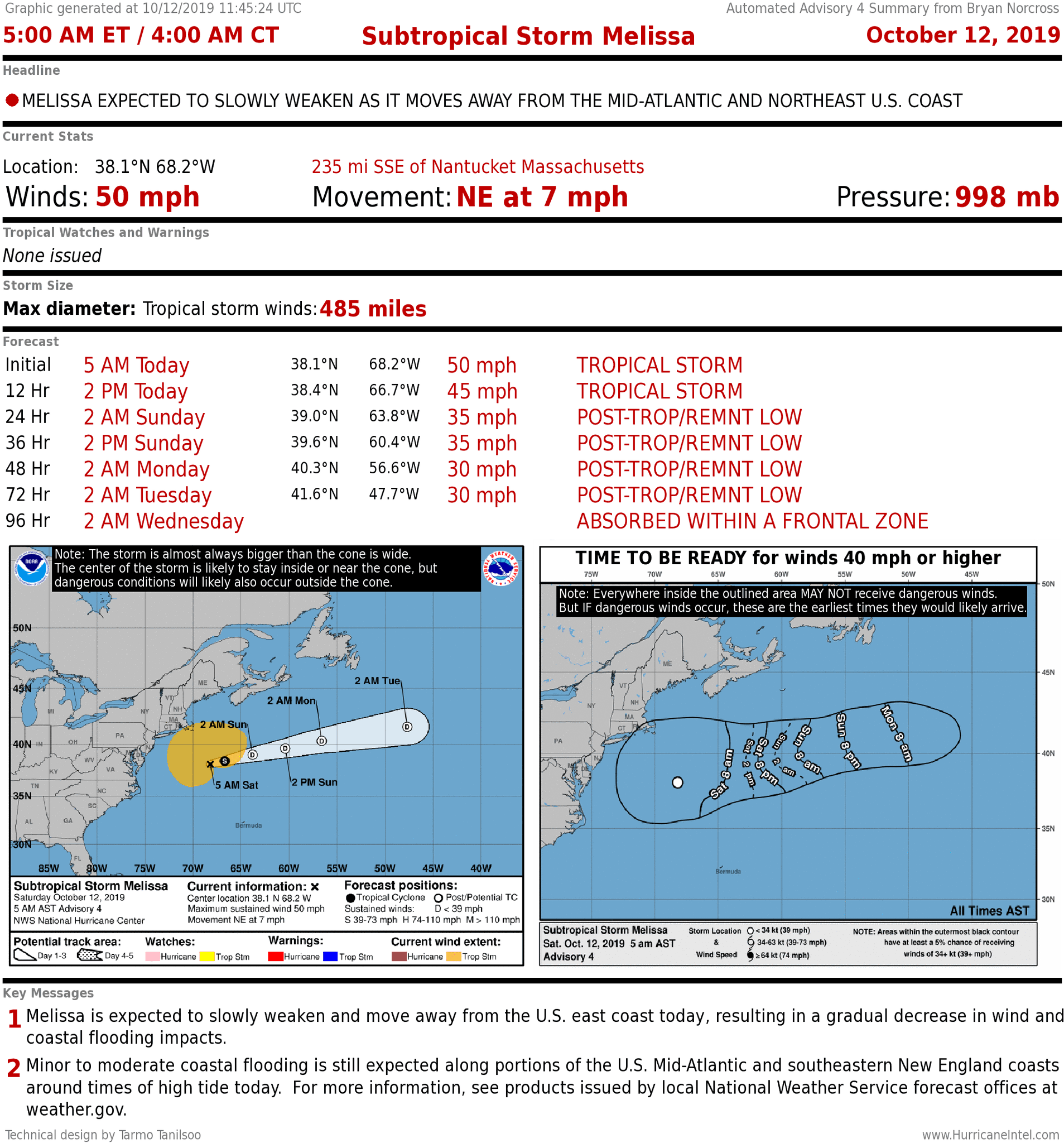 An unusually strong disturbance for this time of year will move off AFRICA in a day or so.  It may bring stormy weather to the Cabo Verde islands off the African coast, but is forecast to die out on that side of the Atlantic.

ELSEWHERE, nothing is pending in the tropics.