Tropical system that was Olga now moving through Louisiana

The system that was Tropical Storm Olga has merged with a cold front and is now moving north through Louisiana. Gusty winds and heavy rain are accompanying the tropical moisture surge as it moves north.

Short-lived Tropical Storm Olga merged with a strong cold front and has now moved inland over Louisiana. The tropical system is adding wind and rain to the effects of the front as the surge of moisture moves north through the South and toward the Midwest.

The little storm that popped up near the Azores Islands on the other side of the Atlantic near Portugal – Tropical Storm Pablo – will move through the islands today as a tropical storm.  It will die out in the North Atlantic.

An elongated tropical disturbance is bringing rain to South Florida. It extends south into the Caribbean. We will have to watch it early in the week when it gets to the Gulf of Mexico to see if some organized circulation tries to spin up. 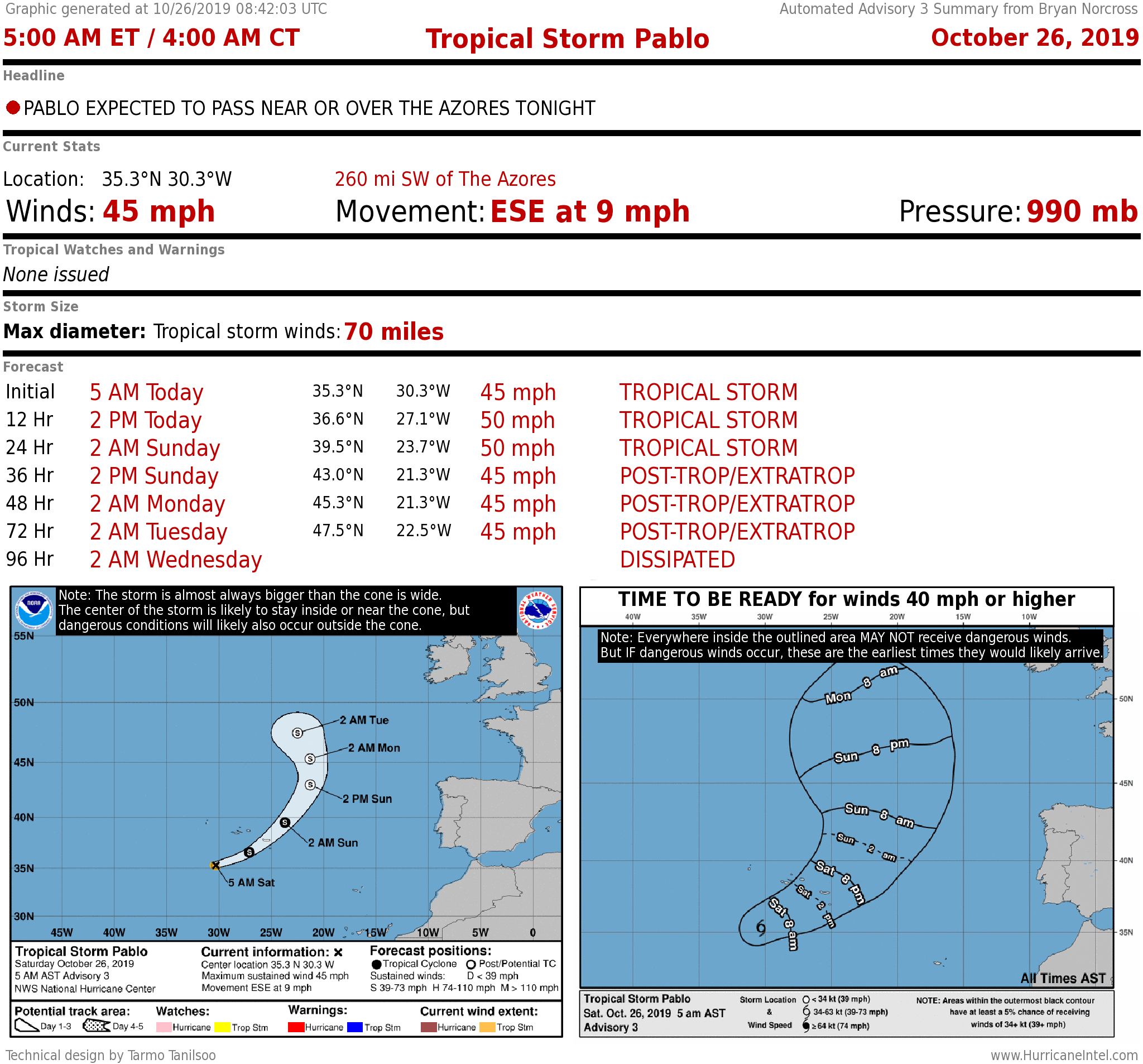 The uncommonly humid air – which today is being enhanced by the tropical disturbance – is forecast to continue over South Florida at least through next week with temperatures well above normal. Long-range computer forecast models are hinting at a weak cold front the following week. But experience with South Florida weather tells us that these things are often poorly forecast far in advance, and in any case, the push behind the front does not look very strong.