Subtropical Storm Rebekah forms in the Atlantic, no threat to land

Subtropical Storm Rebekah has formed in the middle of the North Atlantic. It is not expected to affect land.

Closer to home, unusually warm and humid weather is forecast to continue in South Florida, at least into the middle of next week.

Rebekah (It’s called “subtropical” because it’s a hybrid of a northern winter-type storm and a tropical system.) is surrounded by a giant non-tropical low-pressure system that has been drifting south over somewhat warmer waters. Thunderstorm wrapped around its center of circulation, which created a separate entity that was tropical enough to be named. It will not threaten land, and will run into less favorable conditions beginning tomorrow.

In the Gulf, the disturbed weather we have been tracking is moving inland into the South as a moisture surge. Meanwhile, a strong cold front pushing across Texas will bring temperatures in the 40s and 50s to Houston. The front is not forecast to get much past Central Florida over the next several days, however. So South Florida will likely stay in the warm and humid air. 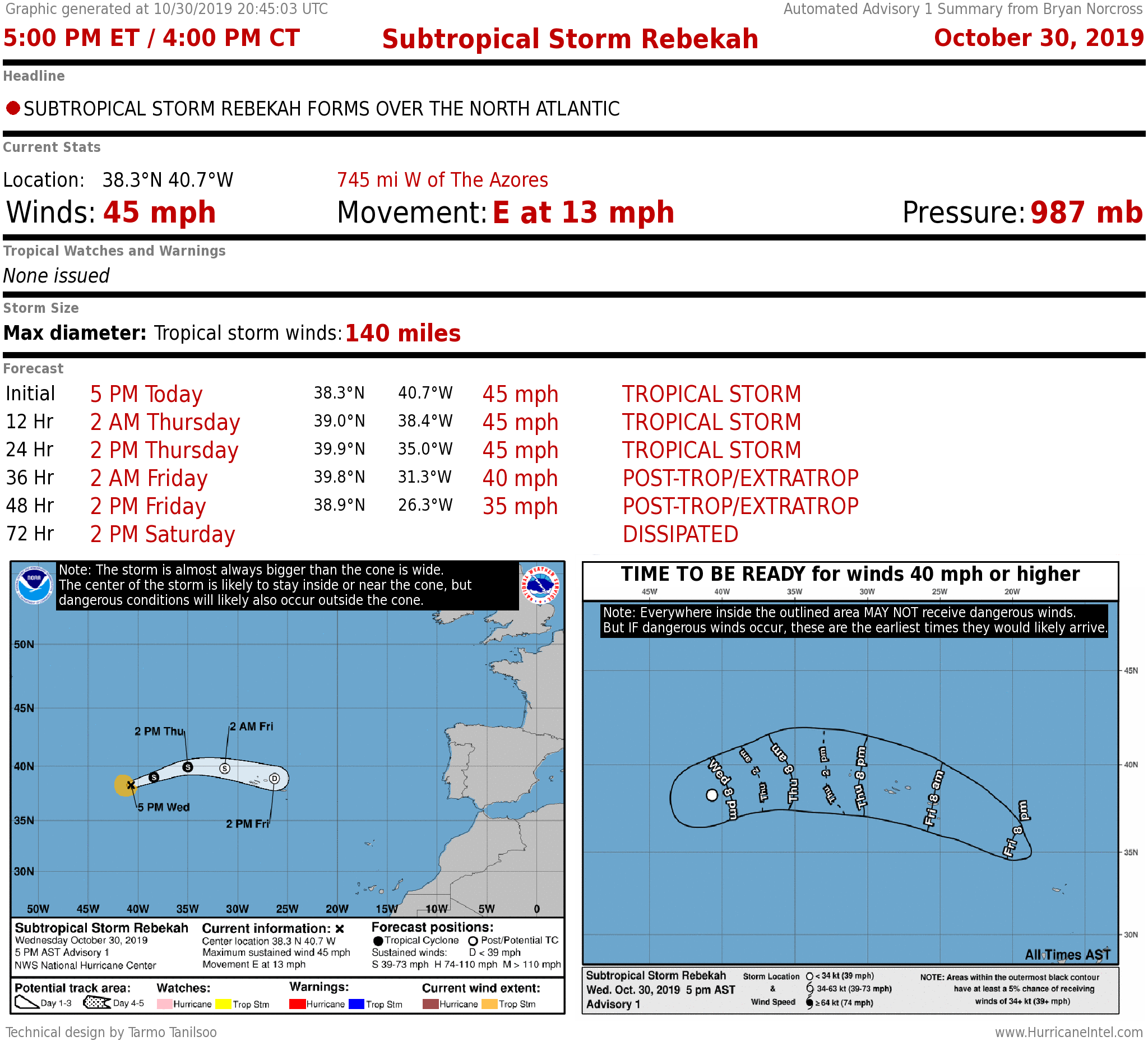 In about a week, the pattern may begin to shift, but the computer forecast models are not predicting any dramatic change. The Blocking High Pressure system that has been controlling South Florida’s weather this fall may grudgingly give way toward the end of next week allowing a front to move farther south. Still, a strong, moisture-clearing front is not yet predicted.

Otherwise, there are no areas of concern.