Dolphins 'aware' of incident at Cyn nightclub in Fort Lauderdale

According to a police report obtained Thursday by Local 10 News, Misi punched a patron at Cyn nightclub early Sunday morning, knocking him the ground.

A police officer witnessed the attack and forced Misi to the ground, but he got up and tried to run away, the report said.

The officer held onto Misi and called for backup, but Misi, helped by his friends, broke free and began to run away again, the report said.

When the officer tried to tackle Misi, the linebacker's friends held him up, so the officer used a "leg sweep" to bring him to the ground, the report said.

Misi's friends tried to pull him free, but other officers soon arrived and assisted in handcuffing him and escorting him into the back of a police car, the report said.

The man who was knocked to the ground declined to press charges, and Misi was released.

"We are aware of the reports involving Koa Misi and are continuing to gather information," team spokesman Jason Jenkins said in an email to Local 10. "We have no further comment at this time."

"I can say that the officer used his discretion in not doing so and I am certain that the decision of the other party not to prosecute for the original offense played a role in the officer's final determination," Dupree said in an email. "As with any other misdemeanor, the victim can still proceed with the filing of a misdemeanor case filing packet with the state attorney's office at a later date if he chooses to do so."

"He had to have been really pushed in that situation, because I've met him and he's the nicest guy," fan Baldo Mero said. "(He) does a lot for the community."

Misi was a second-round draft pick of the Dolphins in 2010. The former Utah player ended last season on injured reserve. He has 12 sacks, three forced fumbles and two fumble recoveries in his six years with the team. 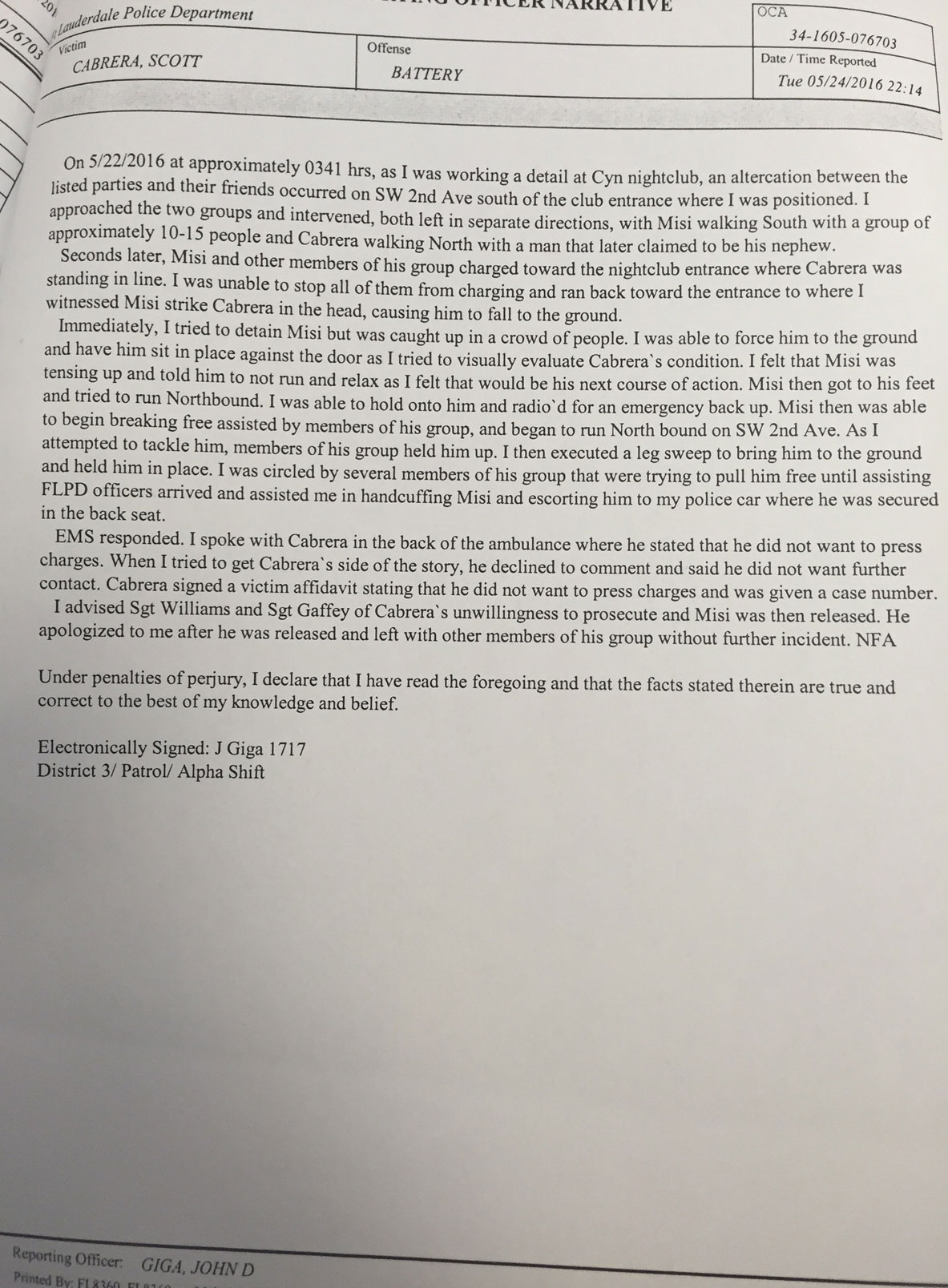 David Lang is executive producer of the Local 10 sports department.