Back in a bowl game? Check.

Florida Atlantic head coach Lane Kiffin has much to be merry about this Christmas.

The Owls stayed home this bowl season, but for the first time since 2008, it wasn't because they were ineligible.

Instead, the Owls soared past Akron 50-3 in the fourth annual Boca Raton Bowl, notching their 10th straight win in a familiar place -- Howard Schnellenberger Field at FAU Stadium.

Quarterback Jason Driskel and running back Devin Singletary led the rout, accounting for all seven of FAU's touchdowns.

Singletary padded his nation-leading rushing total with 124 yards on 26 carries and three touchdowns.

FAU (11-3) struck first when Driskel found freshman wide receiver Willie Wright in the end zone on fourth down for a 4-yard touchdown to take a 7-0 lead.

South Florida native Kato Nelson led the Zips on a 12-play, 42-yard drive later in the second quarter, but Akron (7-7) settled for a 19-yard field goal by Nick Gasser, whose 38-yard attempt in the first quarter sailed wide right.

On another fourth-down play, Driskel ran into the end zone on a 3-yard keeper with 5:38 in the second quarter, giving the Owls a 14-3 lead.

The dagger for Akron may have come late in the second quarter. The Zips were forced to punt with less than two minutes remaining, and the Owls wasted little time scoring. 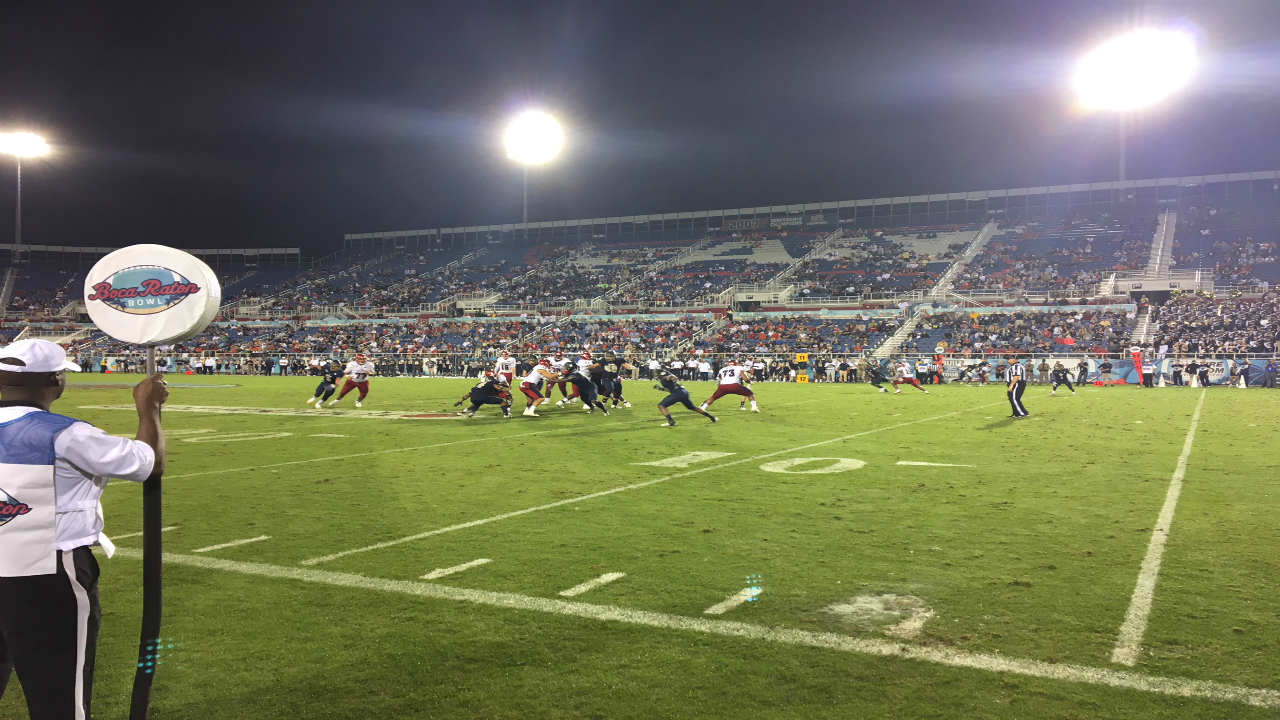 Driskel connected with senior receiver Kamrin Solomon on a 63-yard pass, setting up Singletary's 6-yard touchdown run three plays later. It took the Owls just 58 seconds to move the ball 87 yards and pull ahead 21-3 before halftime.

The Owls didn't let up in the second half, with Singeltary scoring from 2 yards out on their first possession in the third quarter.

Singletary has now rushed for more than 100 yards in 12 consecutive games, improving to 1,920 yards and 33 total touchdowns.

The win came on the same day that Kiffin agreed to a new 10-year contract extension that will keep him in Boca Raton through the 2027 season.

Nelson had a rough outing as quarterback for the Zips. He was just 9-of-15 for 80 yards and was sacked four times.

FAU linebacker Azeez Al-Shaair led the team on defense with 13 total tackles, 2.5 tackles for loss and one sack while becoming the school's all-time tackles leader.