Broward has another $1 million lottery winner

TALLAHASSEE, Fla. – It took extra innings, but now it's one for the record books.

Mike Martin now has more wins than any other coach in Division I college baseball history.

No. 11 notched his 1,976th win Saturday night in Florida State's 3-2 victory against Clemson in 13 innings.

However, unlike Garrido, who won three College World Series championships at Cal State Fullerton and two more at Texas, Martin's resume has been marred by his failure to ever bring a national title to Tallahassee.

If the Seminoles somehow win a national championship this season, it would be a fitting end for a coach who otherwise has nothing more to accomplish.

The seven-time Atlantic Coast Conference coach of the year has won seven ACC championships and guided Florida State to 16 of the school's 22 College World Series appearances. The Seminoles have never missed the postseason under Martin, owning the nation's longest active streak at 40 years.

Martin graduated from FSU in 1966 and returned to his alma mater in 1975 as an assistant under Woody Woodward and then Dick Howser. When Howser left after one season to manage the New York Yankees, Martin stepped into the head role in 1980.

Martin's first win was a 9-8 victory against the Hurricanes in Coral Gables on Feb. 24, 1980. His inaugural team went on to win 50 more games and earn a trip to Omaha, Nebraska -- college baseball's capital.

The Seminoles always seemed to be a fixture in Omaha under Martin, even after they transitioned to the ACC and navigated a much tougher schedule. FSU went to the College World Series for three straight seasons from 1994-96 and again from 1998-2000. The Seminoles were Omaha-bound in seven of FSU's first nine ACC seasons.

FSU hit a slump, by program standards, in the early 2000s, failing to return to Omaha from 2001-07. It was the longest drought between College World Series appearances under Martin.

For nearly 40 years, one name has been synonymous with Florida State Baseball. He is a leader of men, a true ambassador to his beloved alma mater, and now the winningest coach in NCAA Baseball history.

Twice under Martin, the Seminoles have made it all the way to the College World Series championship game. In 1986, FSU mounted a ninth-inning charge, but it was too little too late for the Seminoles, who lost to Arizona 10-2.

But it was the loss in 1999 might have stung the most. The Seminoles fell one run short in a 6-5 loss to the Hurricanes.

Martin's .736 career winning percentage is the best among active coaches. 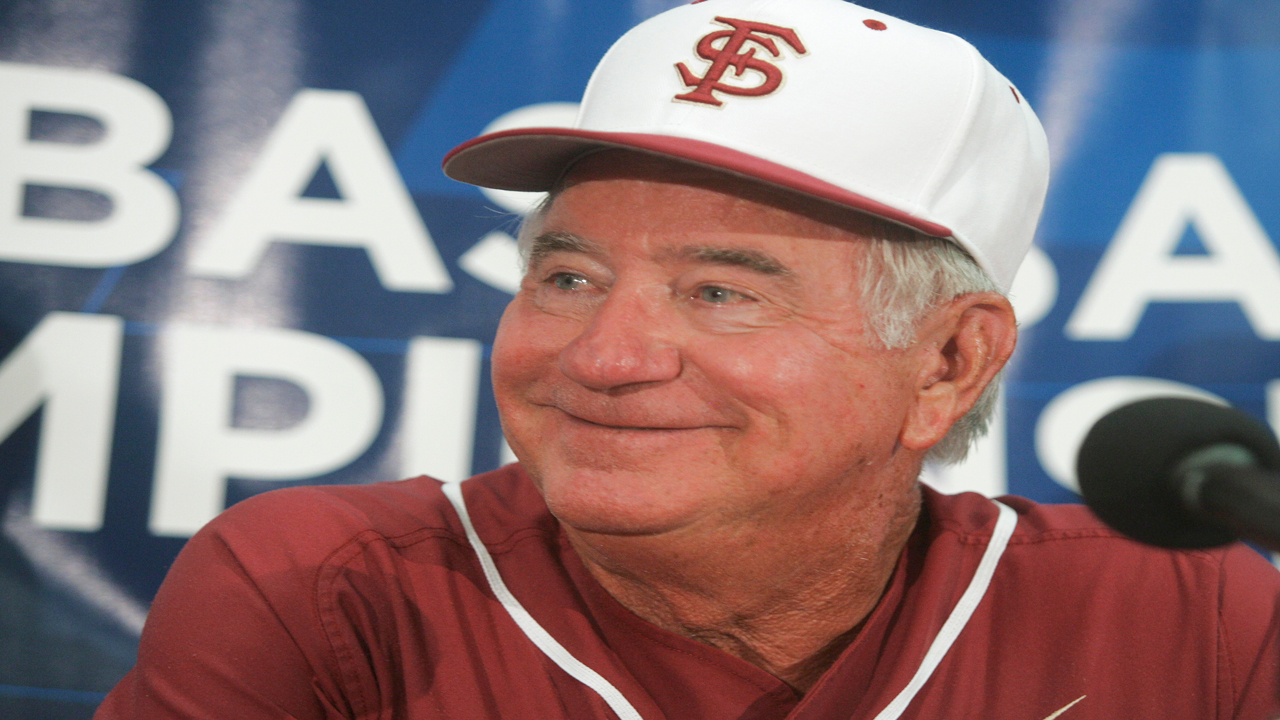 Miami head coach Jim Morris, who is retiring at the end of the season after 25 years in Coral Gables, is second to Martin on the active wins list with 1,080.