DeSantis says senior the 1 millionth to receive vaccine in state, but wait, not exactly

Tropical update: Tropical Storm Barry is heading toward Louisiana with a tremendous amount of moisture. It’s expected to make landfall early Saturday morning at near hurricane strength. Heavy rain is expected in New Orleans beginning Saturday and lasting into next week. Elsewhere in the tropics, a strong tropical disturbance midway between the islands and africa has a chance of briefly developing, but is not expected to be a threat.

Tropical Storm Barry is in the Gulf of Mexico well south of New Orleans.  It is slowly moving toward a landfall on the Louisiana coast.

Hurricane Warnings are in effect for the eastern half the Louisiana coast, and wind over 40 mph are expected to affect inland areas including New Orleans.

The biggest threat for the most people, however, is not from the wind, but from water.  Two bad things are expected to happen. The question is how bad?

If Barry tracks to the west of New Orleans, the onshore wind will push the Gulf water up the Mississippi River.  That will, in effect, slow the river’s flow and increase the water level upriver.  That will make the river water rise in New Orleans and other upriver communities.

In a normal July, this wouldn’t be a problem, but the river is already much higher than normal due to the extreme rainfall farther north this Spring, and only about 4 feet of rise will top the lowest levees, which protect neighborhoods.

Gulf water is already covering some roads near the coast.  It will continue to rise until Barry comes ashore. The forecast is for 3 to 6 feet of water over normally dry land in low-lying coastal areas.

Separately, the upper winds which are currently pushing the heavy rain south of the center of Barry are forecast to shift as the center moves into Louisiana. 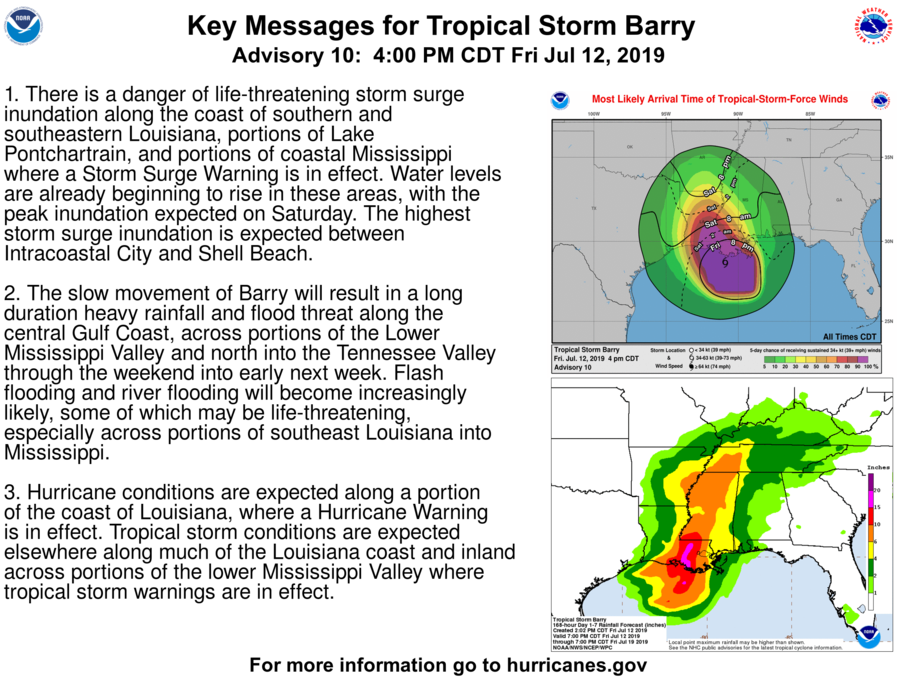 The expectation is that the very heavy rain will be on the right side, the east side, of the center, and that likely means over the New Orleans area and the State of Mississippi.  As Barry moves slowly north, that corridor of rain may continue over the same areas for two days or more.

The forecast is for 10 to 20 inches of rain, with some location getting 25 inches.

It is impossible to know exactly where the heaviest rain will fall, but any areas in Louisiana or Mississippi or surrounding states that get one or two feet of rain will suffer major flooding, and the best evidence says, that’s what people have to be prepared for.

Saturday and Sunday appear to be the days with the highest chance of rain, but it’s not inconceivable that the rain continues to be heavy at times in some areas into the first half of next week.

Elsewhere in the tropics, a well-developed tropical wave is tracking west in the Atlantic midway between the islands and Africa.

It has a slight chance to develop in the short run, but as it gets closer to the Caribbean, the upper winds are forecast to be very unfavorable, and it does not appear to be a threat at this time.

Otherwise, no tropical development is expected over the next five days. 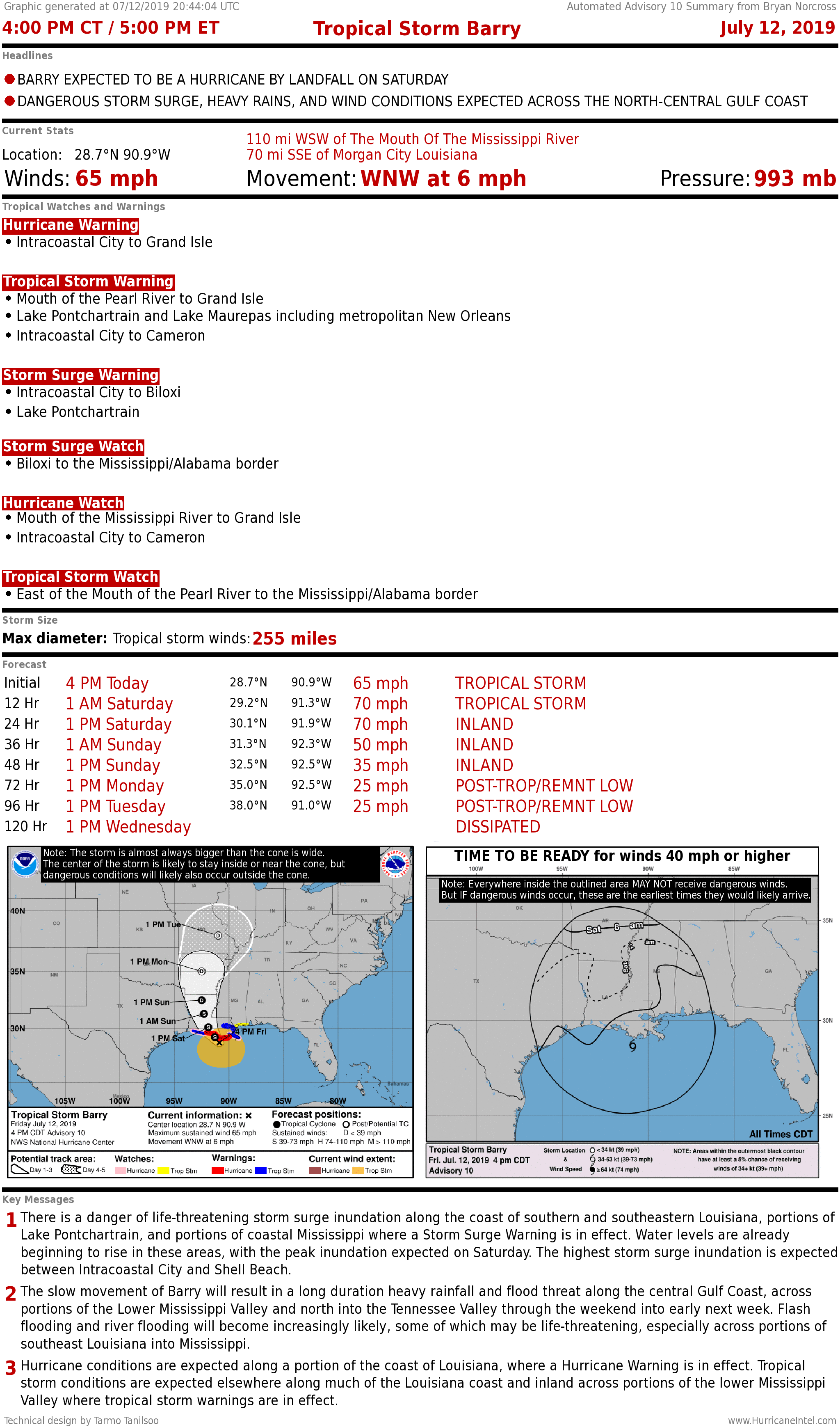