Storm update: Barry made landfall as a Category 1 hurricane near Intracoastal City and weakened to a tropical storm. Top winds are estimated to be 75 mph in a small area at the Louisiana coast. Barry will weaken as the center moves north through Louisiana,  but the big threat for most people is only just beginning.  Through today and tomorrow, and possibly into next week, Barry will pull a tremendous amount of tropical moisture over Louisiana, Mississippi, and parts of Alabama, including the New Orleans metropolitan area. 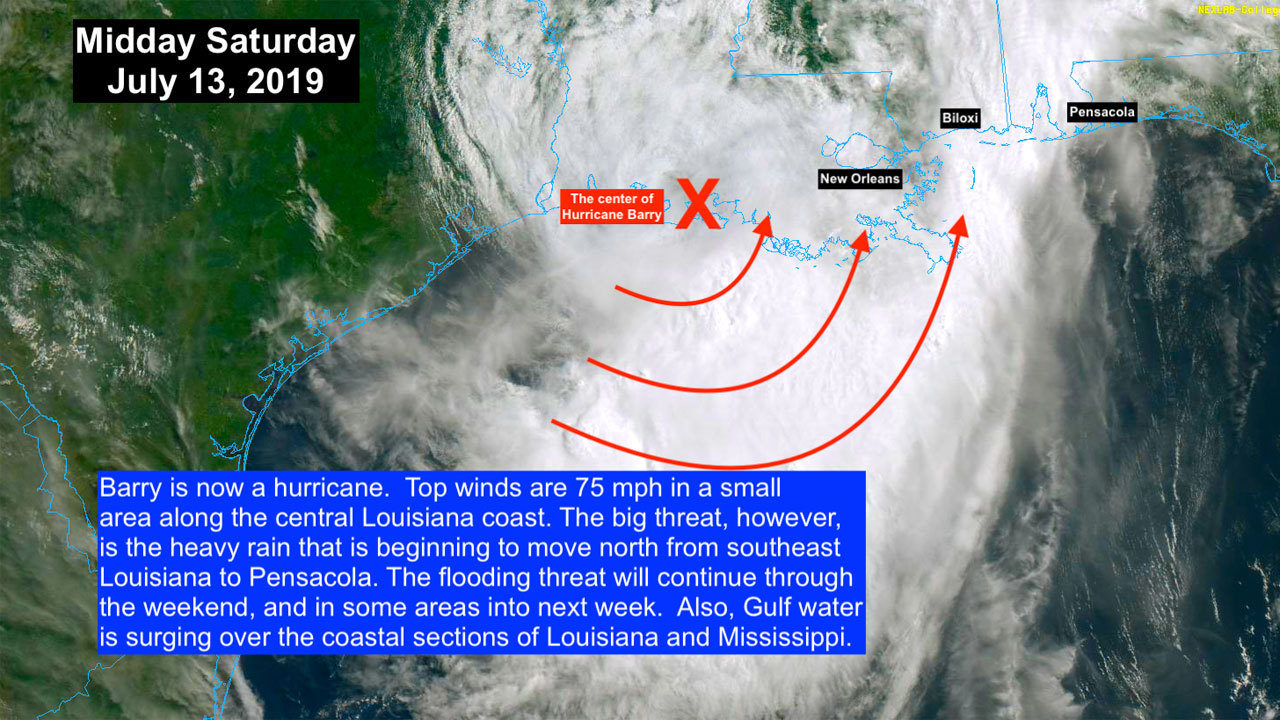 __
Still somewhat disorganized, Barry is crossing the Louisiana coast this morning with winds gusting over 75 mph.  The biggest immediate threat is the storm surge – Gulf water pushed over the land in southeastern Louisiana.  Many coastal roads are closed, and are covered by water this morning.  In addition, trees will come down and some power outages are expected.

In some good news, there was concern that Barry’s winds would push Gulf water up the Mississippi River and slow the natural flow.  That would back the water up in the New Orleans area and farther upstream, which would make the river rise.  The river water is already 9 feet above normal for this time of year due to heavy spring rain farther north.  That leaves only 3 or 4 feet for the river to rise before it spills over the levees into neighborhoods.

The latest forecast calls for the peak to stay below the height of the levees by a couple of feet, although that is just an estimate based on predicted rainfall.  The peak river level is expected to come on Sunday or Monday.

The potential for extreme rainfall remains.

Heavy rain bands wrapping into Barry are already affecting Mississippi and Alabama.  The heaviest rain will move into the New Orleans area later today as Barry’s center moves north through Louisiana.  That will mean additional water draining into the river, as well as flash flooding due to hard and heavy rainfall. The forecast is for 10 to 20 inches of rain, with some areas getting more.

So three issues are adding together:  The extremely high Mississippi River, the storm surge slowing the river flow pushing the water higher in the southern end of the river and the extreme rainfall.

We concentrate on New Orleans because of the dense population and the vulnerability of the city, but the corridor of heavy rain is forecast to develop across and good part of southeastern Louisiana, Mississippi and possibly Alabama.  Farther north, moisture from Barry may be a flood threat in Tennessee and Arkansas as well late in the weekend into next week.  The moisture will eventually spread north into the Midwest.

Elsewhere in the tropics, a tropical wave is between Africa and the Caribbean islands.  There is a slight chance it could briefly develop. The upper-level winds ahead of it are forecast to become very unfavorable. It appears unlikely to be a threat.

Otherwise the tropics are expected to remain quiet through the end of next week. 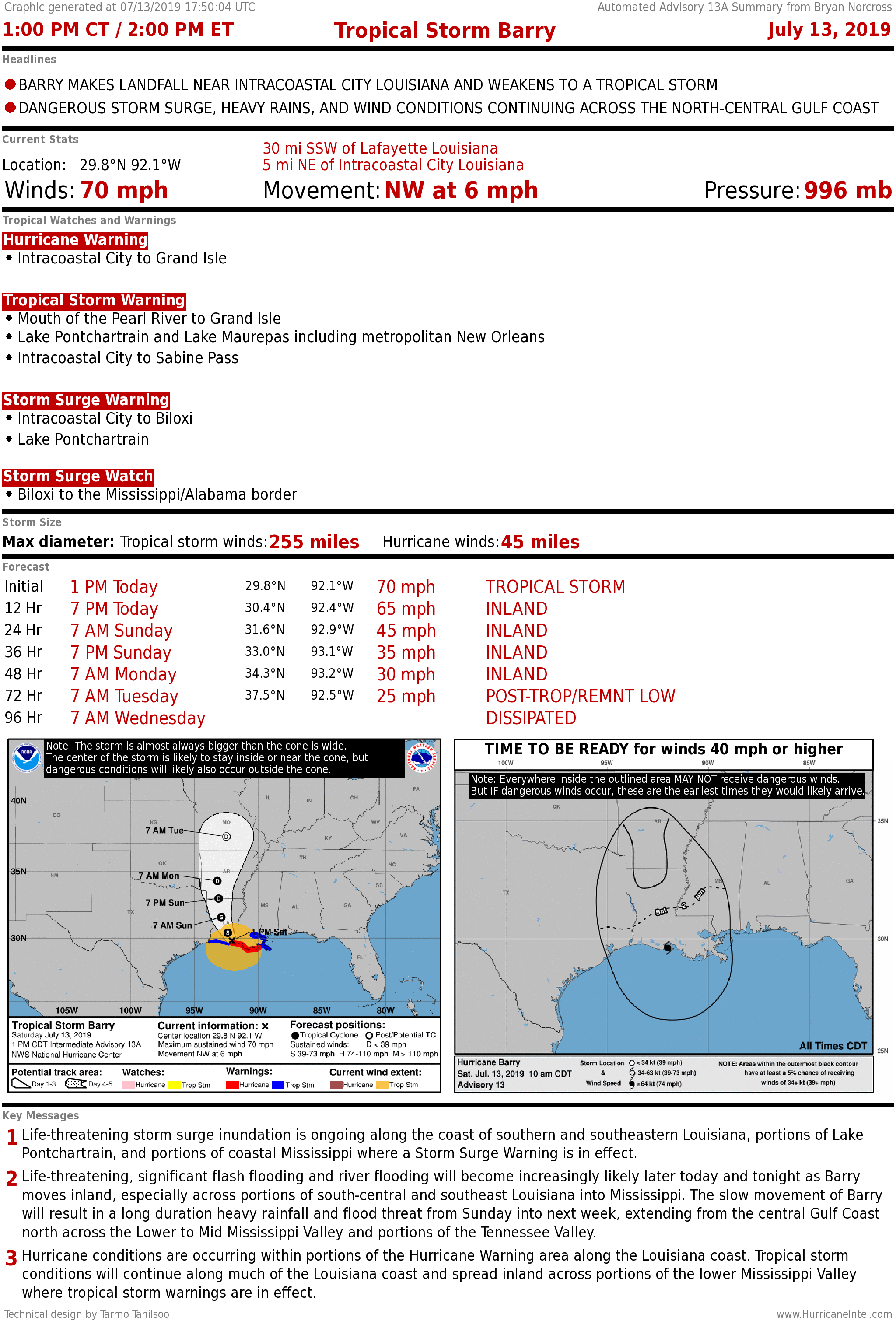