We continue to watch three disorganized tropical systems across the Atlantic Ocean.

Tropical Disturbance No. 1 is unlikely to develop in the next few days as it heads in the general direction of Florida. It is mixed up with an upper-level low pressure system which is not allowing it to develop.

When it gets in the vicinity of Florida about Friday and eventually into the Gulf of Mexico over the weekend, conditions are forecast to become somewhat more favorable. Development will be slow but residents on the northern Gulf coast should stay aware. In any case, it will bring a moisture surge to Florida late in the week. Unfortunately, the increased rain chance will affect the recovery efforts in the Bahamas as well.

Tropical Disturbance No. 2 may have a chance to develop a little before it plows into unfavorable upper winds around the weekend as it nears the Caribbean islands. There is no indication it will amount to much, though it may bring some gusty squalls to the islands.

Tropical Disturbance No. 3, which just left the coast of Africa, will be hot on the heels of No. 2. The trade winds that drive systems across the Atlantic are forecast to increase and push No. 3 quickly along. The computer forecast models indicate that the atmospheric conditions will be somewhat more favorable for development of No. 3 than for the other disturbances.

Computer models do not forecast undeveloped systems well, so it's not worth even speculating what might happen a week from now, but it's a system that we'll have to watch as it moves west. It is forecast to be near the eastern Caribbean islands late in the weekend or early next week.

There is a strong Bermuda high pressure system over the western Atlantic Ocean and the east coast of the U.S. that will tend to hold systems south, for now. But the exact nature of the steering currents is impossible to predict. Stay informed.

Tropical Storm Gabrielle is in the North Atlantic and will be in the vicinity of northern Great Britain in a couple days. 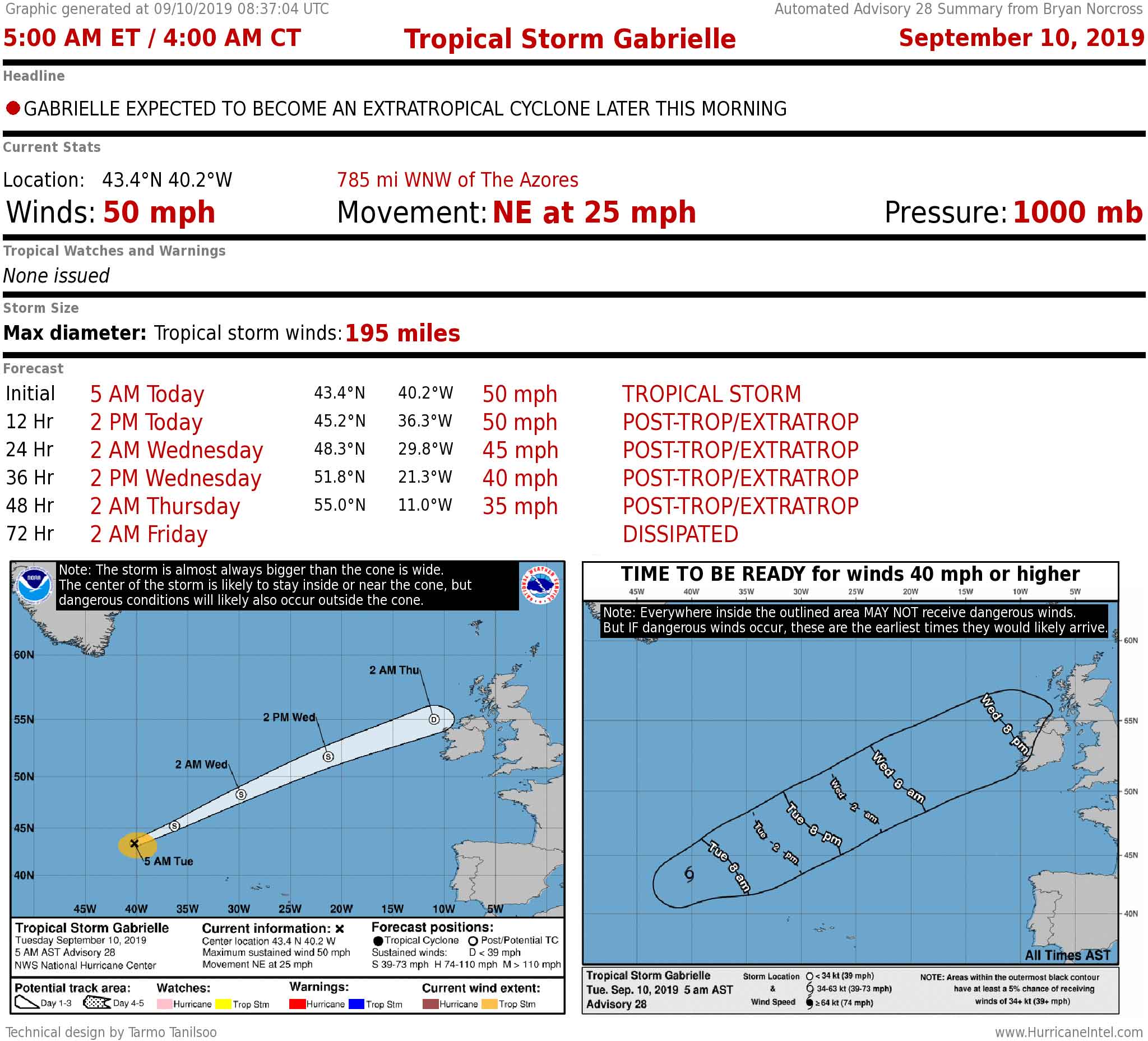