4 tropical systems line up in Atlantic, 1 in Gulf of Mexico

Tropical Storm Humberto is centered near the northern Bahamas. It is slowly organizing as it begins to track north into the waters offshore of Florida. There are 4 other disturbances spread across the tropics that we are watching.

PEMBROKE PARK, Fla. – Tropical Storm Humberto is slowly getting a little better organized.  The center of circulation is passing by Great Abaco in the northern Bahamas.  The worst weather has been offshore, though some gusty squalls have rotated over the severely damaged Abaco islands.

Humberto is forecast to slowly organize and strengthen today and tomorrow as it tracks north well offshore Central and North Florida.  The system is forecast to turn to the east before it reaches the Carolinas and strength into a hurricane.  The biggest effects will be over the ocean waters.

Elsewhere, Disturbance #1 in the Gulf of Mexico is related to the strong upper-level low-pressure system that has been providing the hostile upper winds that have kept Humberto weak and away from Florida.  It has a slight chance to develop a bit as it heads into the western Gulf.

On the other side of the Atlantic, there are three tropical disturbances to watch.  None are well organized at the current time, but by early next week, the atmospheric pattern is forecast to be more conducive for the development of at least one of them as they track toward the eastern Caribbean islands.

The most likely outcome appears to be that Tropical Disturbance #2 will be just a moisture surge for the Caribbean islands in a couple of days.  Disturbances #3 and #4 appear to be merging and will have to be watched later next week as they also head toward the islands.

As of 8 a.m., Tropical Storm Humberto had 40 mph winds and was moving northwest at 7 mph.

The computer forecast models are all over the place on the future tracks next week, as they often are for poorly developed systems.  Forecasts for disorganized or just-developing systems are always more likely to be readjusted once the circulation center develops, if it ever does. 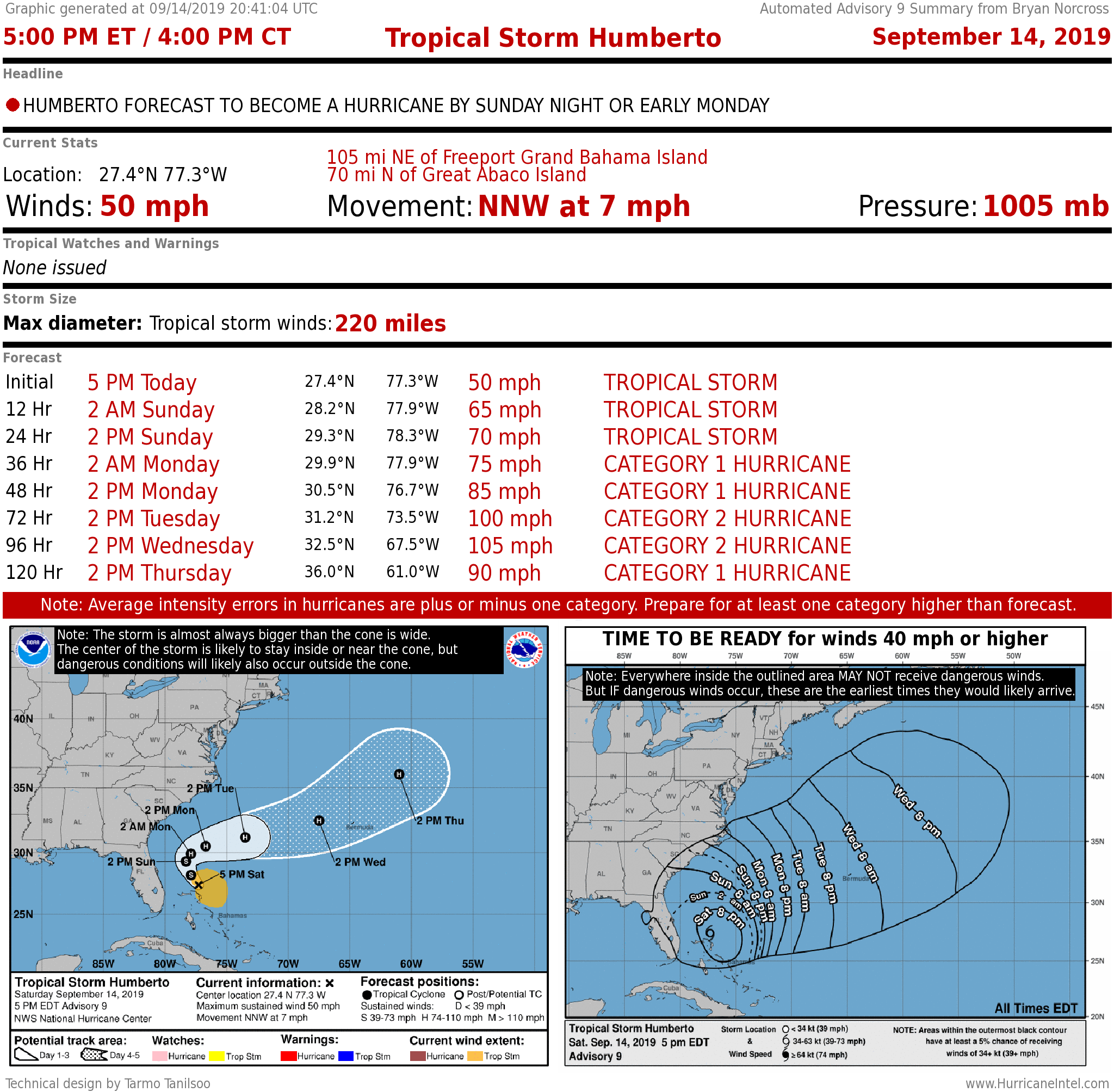