Mother of woman killed in Broward: ‘I just want to know who, why’

As Humberto moves away from US, focus shifts to tropical disturbance in far Atlantic

Hurricane Humberto is moving away from the Southeast U.S. in the general direction of Bermuda. Far out in the Atlantic Ocean, a tropical disturbance is showing signs of development.

Hurricane Humberto is slowly moving away from Florida and the Southeast coast. The National Hurricane Center forecast calls for it to continue to strengthen as it accelerates into the Atlantic. It is forecast to be in the general vicinity of Bermuda as a Category 2 or 3 hurricane Wednesday or Thursday, so people there should stay informed.

It will continue to produce dangerous ocean conditions along the East Coast and in the Bahamas for the next several days, at least.

The wrinkle in the forecast is that some of the computer forecast models show Humberto moving more slowly than the official forecast, which could change the timing of its approach to Bermuda. And forecasts for slow-moving storms are usually less reliable. If it does slow down significantly, we have to be ready for forecast changes, which could keep it closer to the U.S. East Coast for longer.

Elsewhere, Tropical Disturbance No. 2 is showing some signs of organization well east of the Caribbean. On the current schedule, it would be in the vicinity of the northeastern Caribbean islands late in the week. The small system has a good chance to intensify into a tropical depression or tropical storm by that time.

Its future track is dependent to some degree on how fast Humberto moves and where it is located at the end of the week. Humberto may provide a path north for the Tropical Disturbance before it gets to the islands, but it is too soon to be sure. 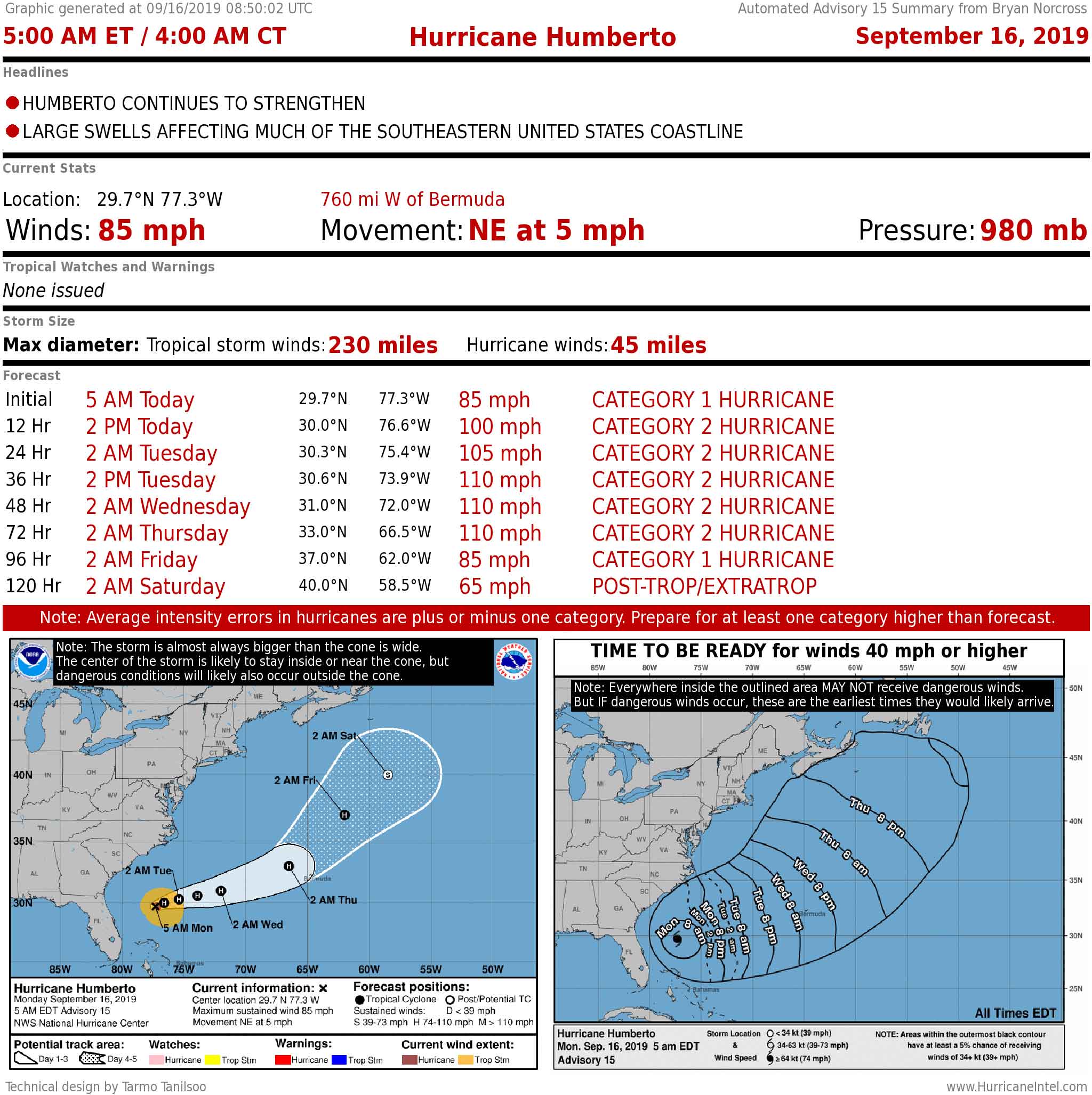 In the Gulf, disorganized Tropical Disturbance No. 1 has a slight chance of becoming a tropical depression before it moves inland over the Texas coast later Monday or early Tuesday. It is not expected to be very strong, but it will bring a threat of heavy rain in any case.

Tropical Disturbance No. 3 still over Africa is noted because it is a reminder that we still have to watch for developments there. Over the next week or 10 days, the computer forecast models indicate that one or two more disturbances will move off the coast. In October, we start looking toward the Caribbean for development.

Otherwise, no areas appear to be immediate threats to develop.