Tropical Storm Jerry is tracking well north of the Caribbean with some fringe effects on Puerto Rico and the northern islands.

A separate disturbance will affect the southern Caribbean islands this weekend.

TROPICAL STORM JERRY has weakened from its peak strength as it runs into hostile upper winds and fairly dry air.

Passing downpours on the fringe of the storm will still affect Puerto Rico and the northern Caribbean islands Saturday.

Jerry is forecast to turn north, well to the east of the Bahamas.  Bermuda is, generally speaking, in its path, but not until next week and track deviations are possible by that time.

SOUTH FLORIDA is currently protected from tropical systems by a sharp dip in the jet stream.
It’s the basically the same weather pattern that propelled Humberto out to sea and will eventually push Jerry away, as well.

It’s also responsible for the cooler, drier air that moved through the state. More dry air is in the forecast for next week. 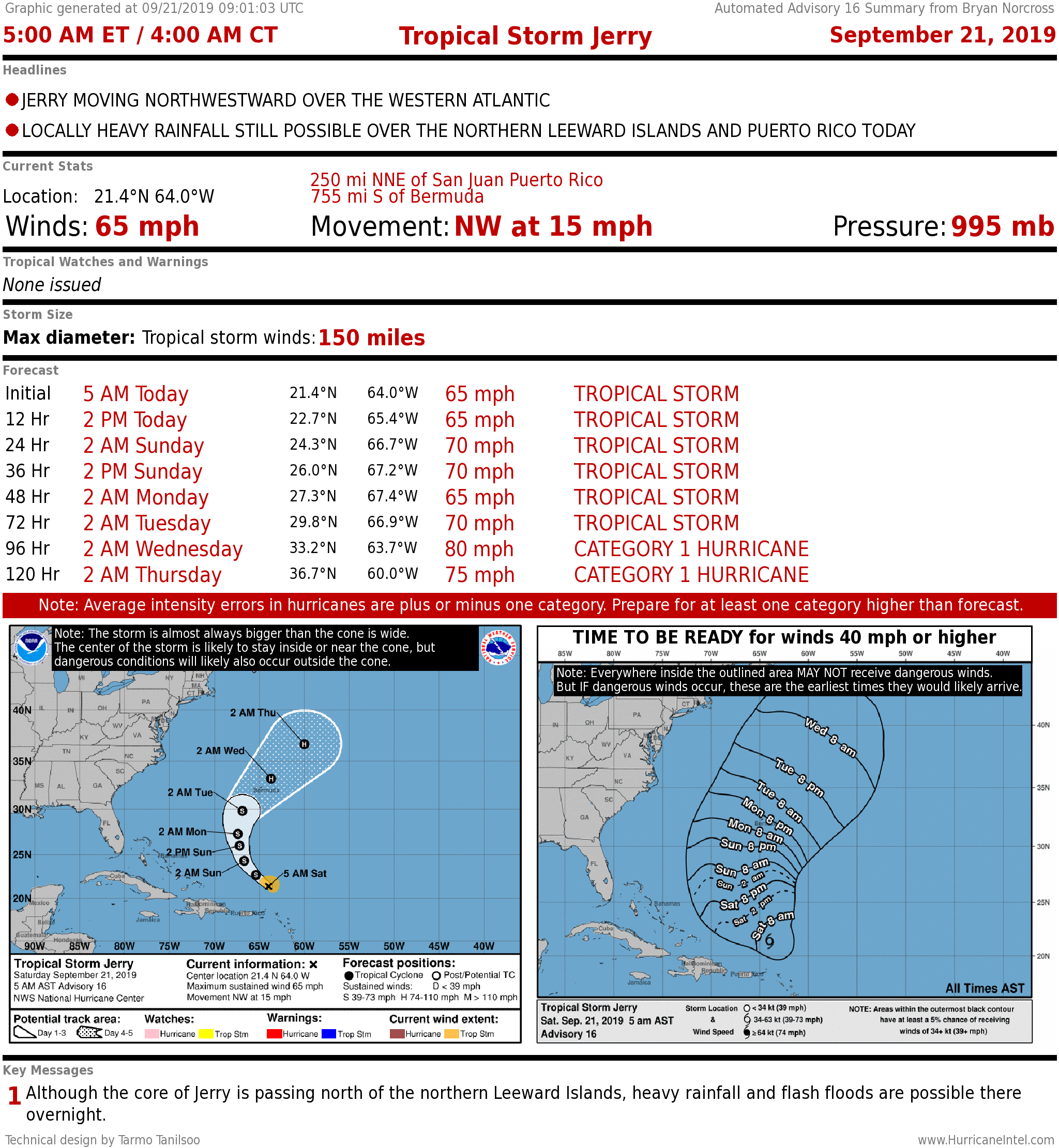 TROPICAL DISTURBANCE #1 is heading toward the southern Caribbean islands.

It has a decent chance of developing into at least a tropical depression when it’s in the vicinity of the southern islands late Saturday night or Sunday.

It is not expected to get very strong. But even if it does not develop, it will bring a significant moisture surge with gusty winds to the southern Caribbean islands this weekend, and then the northern islands next week.

Once it gets into to the Caribbean Sea late Sunday or Monday, it is forecast to turn north in the general direction of Puerto Rico. Everybody there should stay informed.

The system is not a threat to South Florida.

TROPICAL DISTURBANCE #2 will move off Africa into the Atlantic this weekend.

The computer forecast models universally develop it into a hurricane.  Early indications are that it will turn north out to sea, but it’s too early to be sure.