Tropical Storm Karen has formed over the southern Caribbean islands.

Florida and the Bahamas will have to watch for developments late this week.

TROPICAL STORM KAREN is moving across the southern Caribbean islands with gusty winds and some heavy rain.

Atmospheric conditions are marginal, but Karen is forecast to be able to maintain tropical storm status over the next few days.

The computer forecast models say the system will turn north once it is in the Caribbean and move across Puerto Rico and the Virgin Islands about Tuesday.

All of the eastern and northeastern Caribbean islands should be ready for very gusty winds and heavy rain over the next few days.

After that, the track and the intensity of the system are very uncertain.

The computer forecast models indicate that a strong high-pressure system might block Karen – however strong the storm is when it gets north of Puerto Rico – from turning north and heading out to sea. 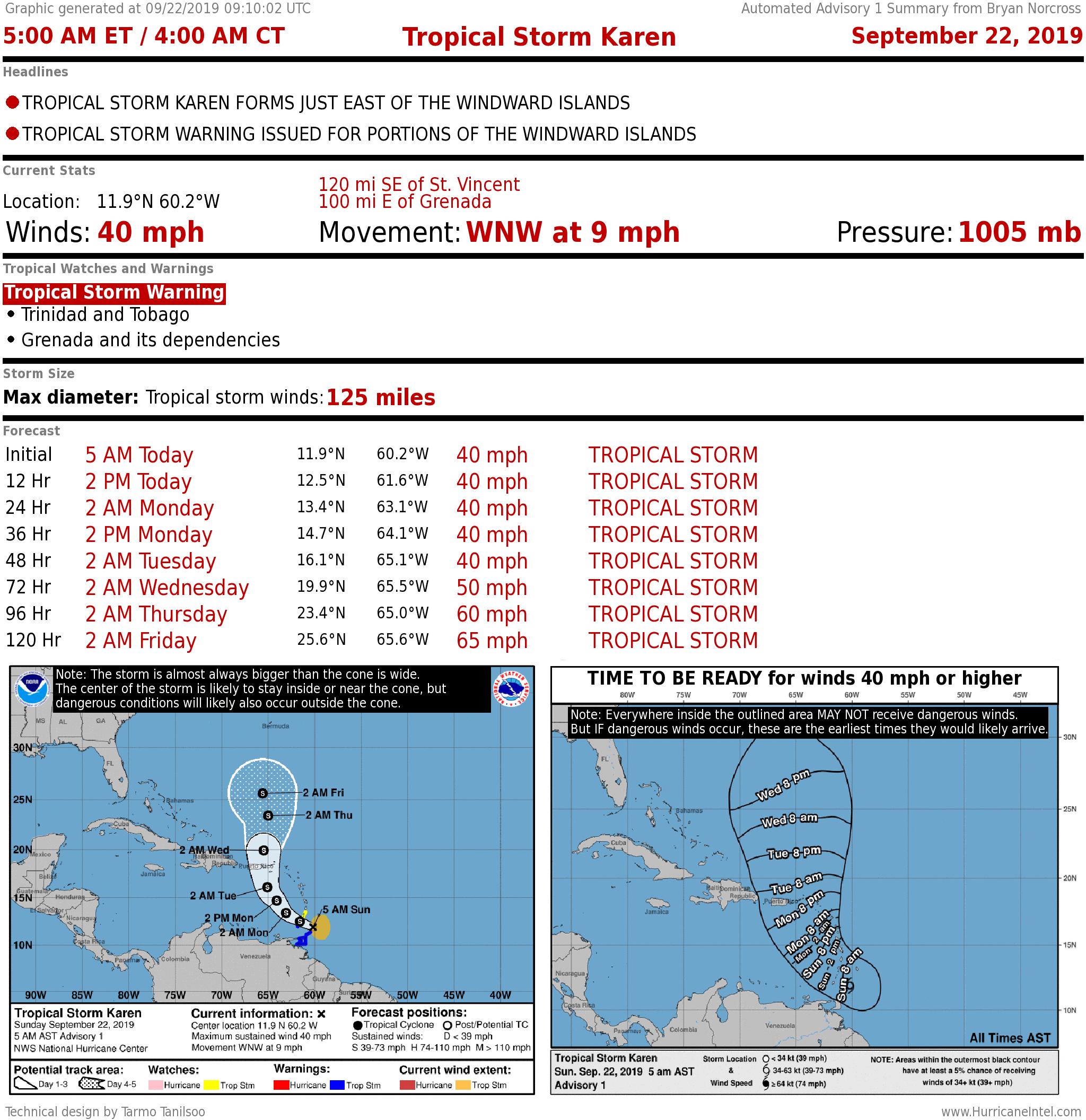 The system seems likely to slow down or stall in the waters north of the islands.

Will it be pushed back toward the Caribbean?  Or deflected toward the Bahamas and Florida?  Or will it weaken and drift?

The upper-level winds are forecast to be something between marginally conducive and very conducive for strengthening at this point – late this week.

So, the intensity of the system is very questionable.

The bottom line is that we will watch the system closely, especially later this week, because it is reasonably close by.

TROPICAL STORM JERRY is heading in the general direction of Bermuda.  It is forecast to be just under or near hurricane strength when it is in the vicinity of that island in a couple of days.

After that it will quickly move out to sea. 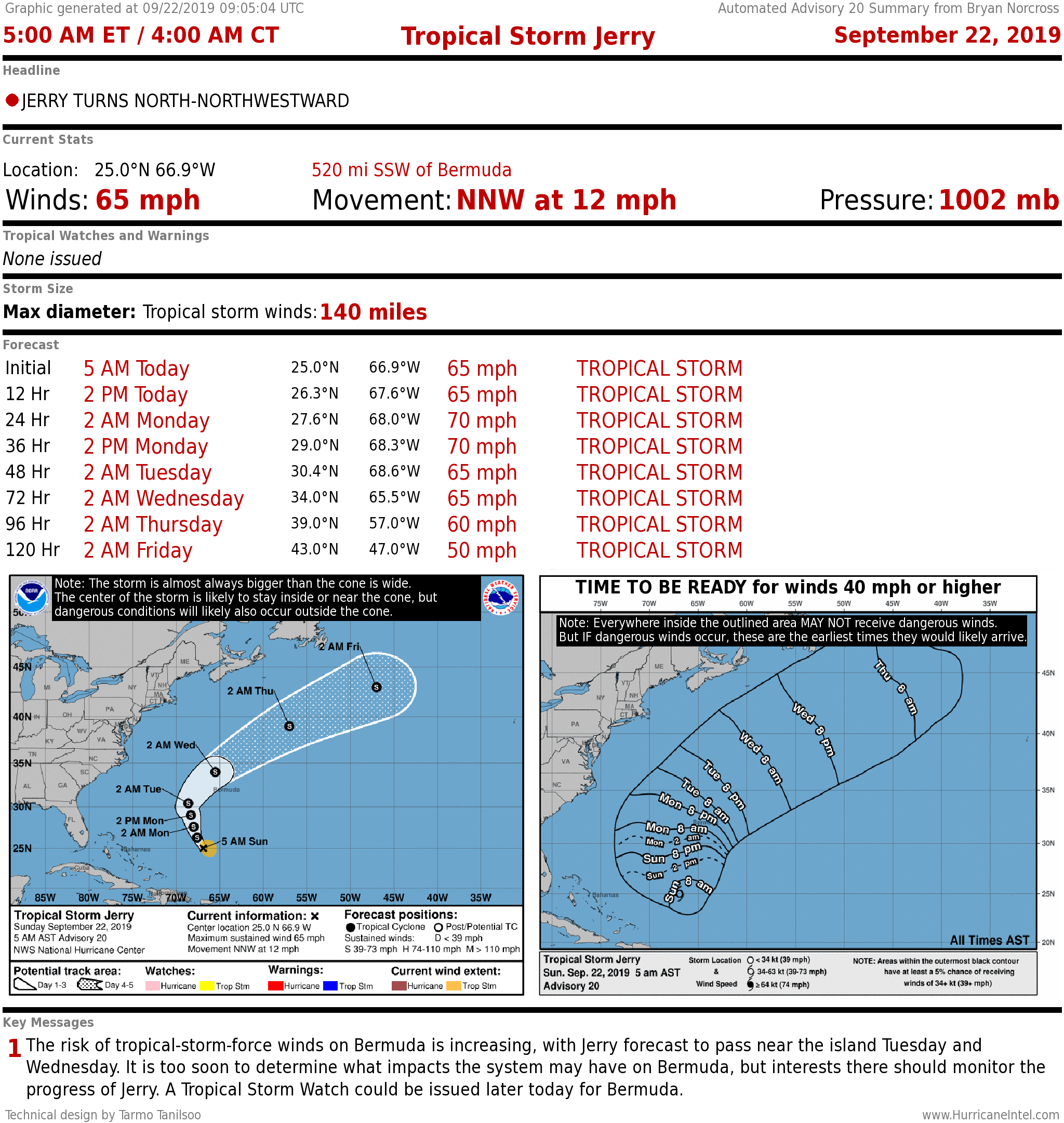 A strong TROPICAL DISTURBANCE is just coming off the coast of Africa.

Atmospheric conditions over the Atlantic are forecast to be conducive for the system to quickly organize into a tropical storm and eventually a hurricane.

The consensus of the computer forecast models is that it will turn north and move out to sea well before it reaches the islands.

But we should never put much stock in the models until the system develops.

This storm will become Tropical Storm and eventually Hurricane Lorenzo.

Elsewhere, there are no systems of immediate interest.