Karen downgraded to depression, but Florida should pay attention

Disheveled Karen is now a tropical depression as it moves toward Puerto Rico and the Virgin Islands through hostile upper winds, which will continue to try to tear the system apart. It may have weakened in the short term, but the pattern is forecast to be conducive for development when it moves into the Atlantic north of the islands.

Beginning tomorrow, gusty winds and heavy rain will impact Puerto Rico and the Virgin Islands, no matter what condition Karen is in.

After the system moves past Puerto Rico into the Atlantic, the forecast becomes much less certain. Computer forecast models indicate that a strong high-pressure system – the same one that’s bringing very hot weather to the southern U.S. – will block Karen from moving out to sea. Toward the end of the week, the system is forecast to stall north of Puerto Rico and well east of the Bahamas.

The big unknown is, how conducive for strengthening is the weather pattern going to be at that time? And/or is enough of Karen left to strengthen? The computer forecast models generally forecast strengthening – some more than others. In any case, nothing is going to happen quickly. Karen, or whatever is left of it, will be drifting in the Atlantic north of Puerto Rico into the weekend.

The blocking high-pressure system might deflect Karen – whether it’s a strong system or a remnant – toward Florida over the weekend. That’s why we will have to pay attention. 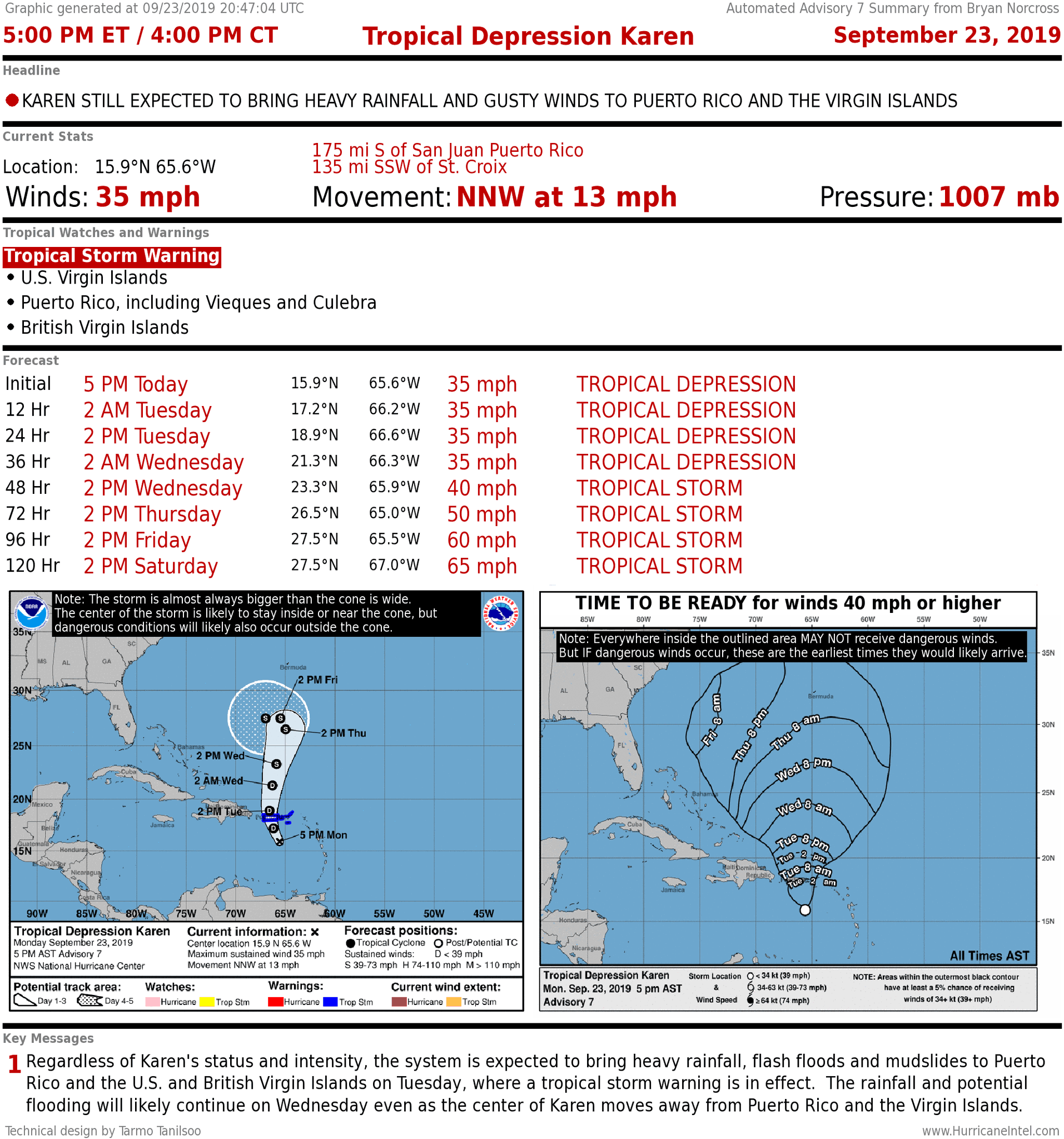 Here are the key messages on Karen from the National Hurricane Center:

Regardless of whether Karen still has an organized circulation, the system is expected to bring tropical-storm-force winds, heavy rainfall, flash floods and mudslides to Puerto Rico and the U.S. and British Virgin Islands on Tuesday, where a tropical storm warning is in effect.

TROPICAL STORM JERRY is headed in the general direction of Bermuda. It will pass the island later Tuesday or early Wednesday, but will not be as strong as Humberto last week.

TROPICAL STORM LORENZO has formed just off the coast of Africa. It is expected to strengthen into a hurricane in the next couple days.  The forecast calls for it to move out to sea. 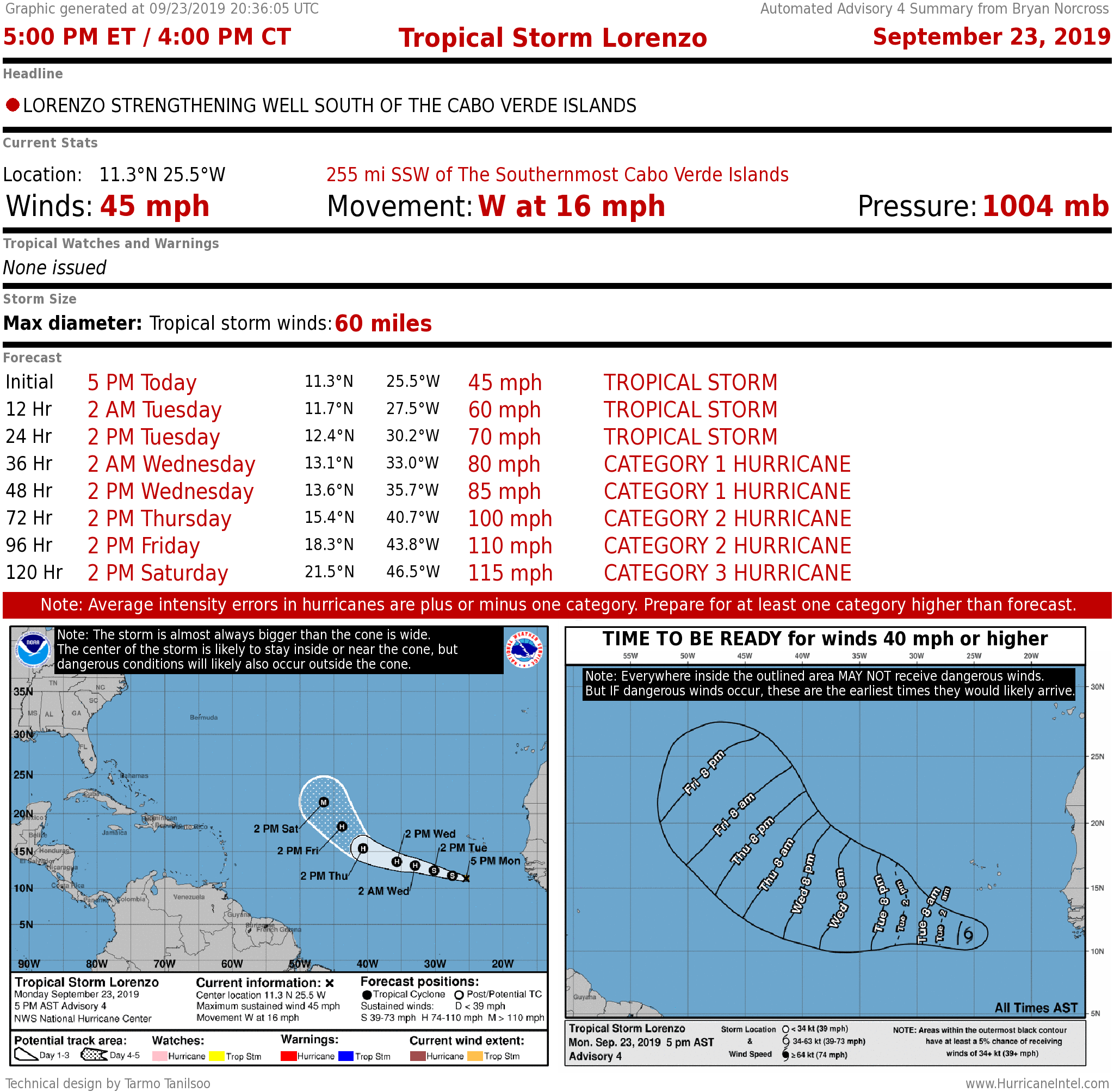 ELSEWHERE, there are no areas of concern developing.