After a disorganized Tropical Storm Karen impacts Puerto Rico today, its future track is very uncertain. The range of possibilities still includes effects in the Bahamas and Florida.

KAREN is slightly more organized, but continues to fight hostile upper winds that have been ripping at the circulation for days. Still, heavy rain and winds gusting over 40 mph will impact the northeastern Caribbean islands, including Puerto Rico and the Virgin Islands, today.

When Karen gets into the Atlantic Ocean north of the islands, forecasting becomes difficult.  The hot high-pressure system that has been affecting the southern U.S. is forecast to build into the Atlantic and block Karen from turning north. If Karen has a strong enough circulation, it could reorganize and strengthen in a reasonably conducive atmospheric environment. On the other hand, if the circulation is too disrupted, or it misses the bubble of favorable upper winds, it could remain weak.

In any case, Karen is forecast to drift and spin well north of Puerto Rico and east of the Bahamas over the weekend. Compounding the uncertainty, depending on where Karen stalls, Tropical Storm Jerry could disrupt the steering in some complex way.

Some of the computer forecast models pull a version of Karen -- many as just a moisture surge -- toward the Bahamas and Florida next week. Others strand it out to sea. It's important to remember that forecasts for slow-moving disorganized tropical systems are prone to very large errors. Count on the forecast changing. 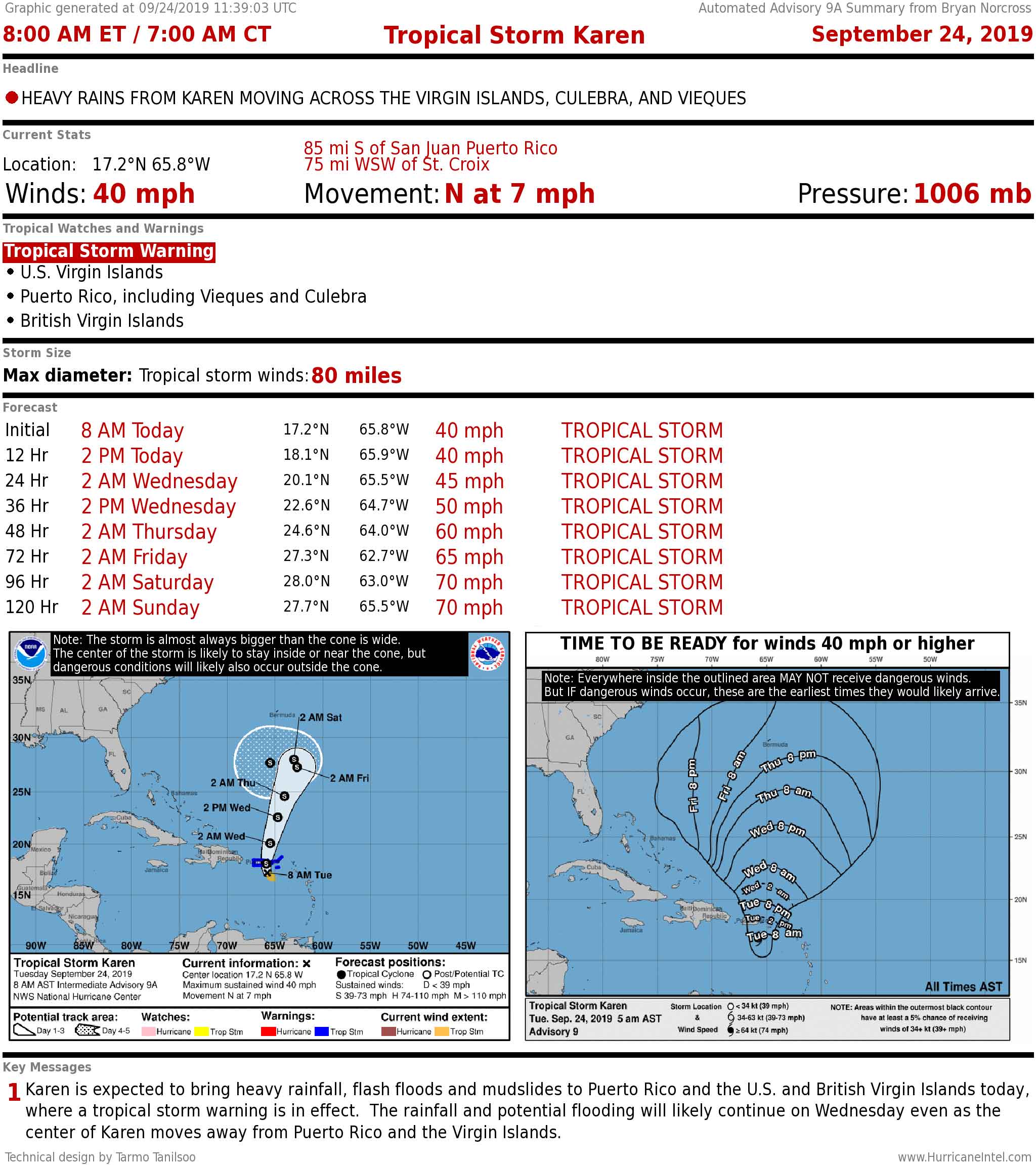 The key message on Karen from the National Hurricane Center is:

JERRY is weakening as it slowly tracks in the general direction of Bermuda. It is forecast to move past the island Wednesday. Winds on the island may exceed 40 mph in some areas. 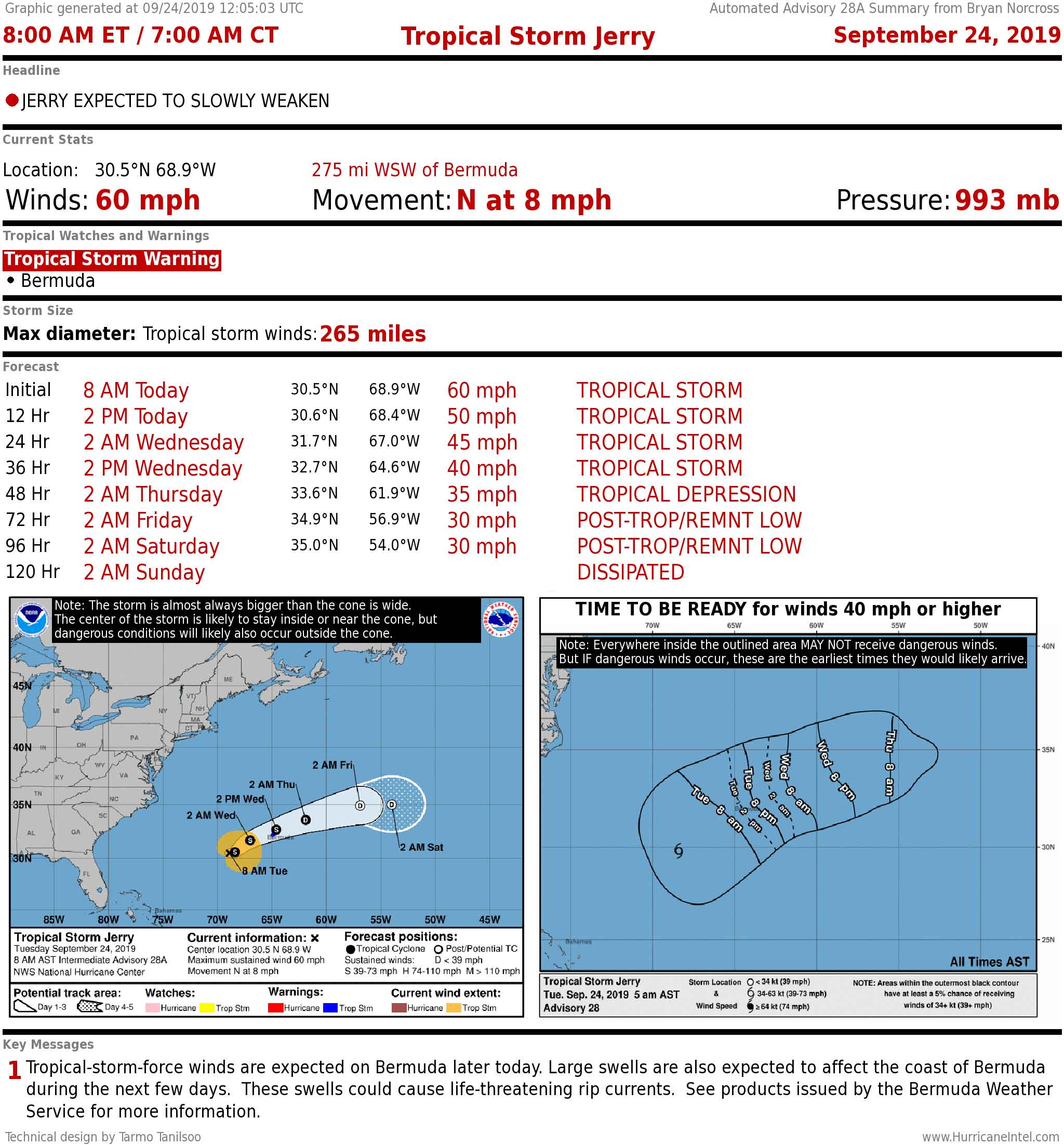 TROPICAL STORM LORENZO is strengthening in the far eastern Atlantic. It is forecast to turn into a very large and strong hurricane, but it will turn north well before it reaches the Caribbean islands. 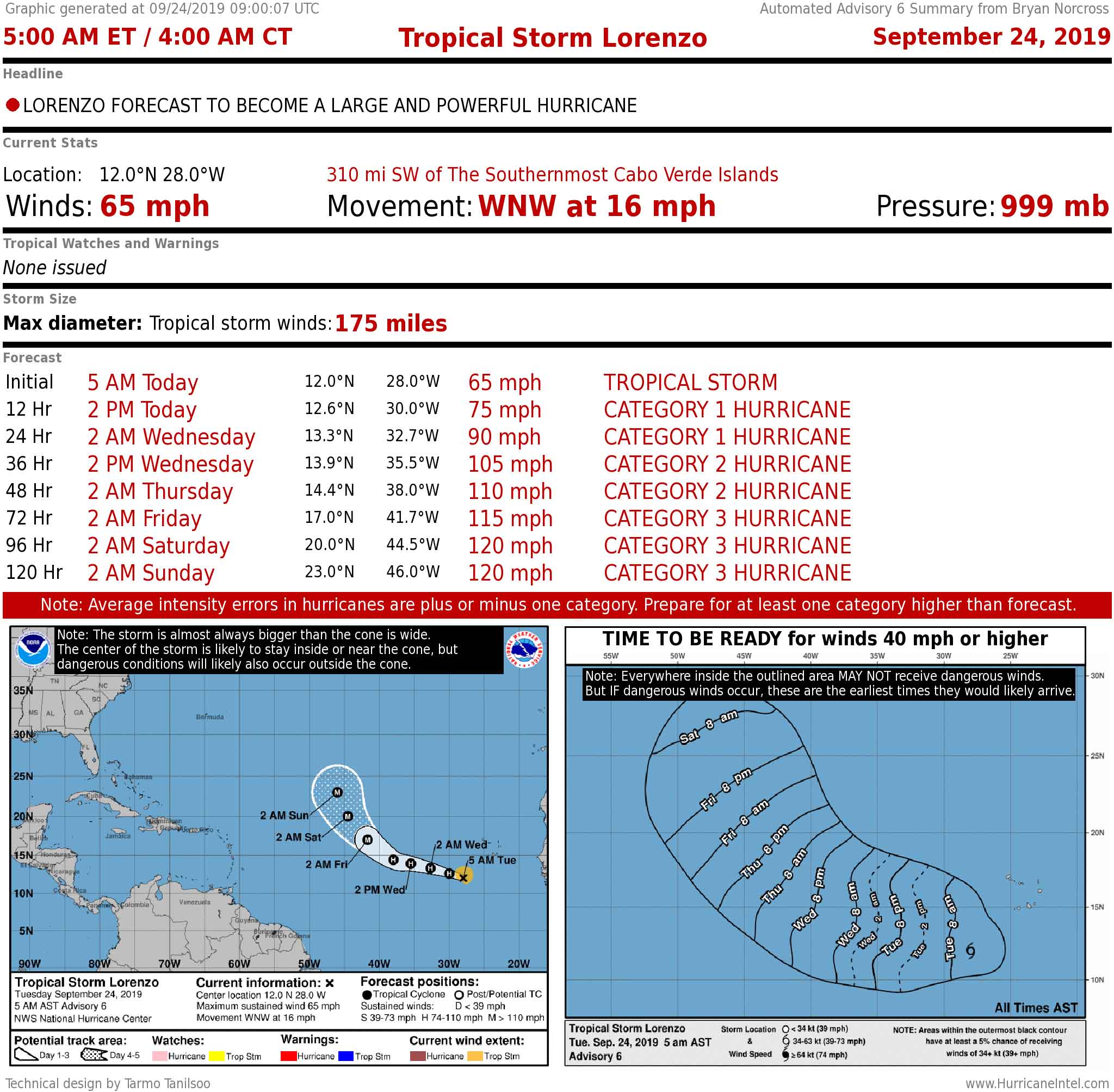 A TROPICAL DISTURBANCE near the Yucatan Peninsula in Mexico has a slight chance of developing as it drifts toward the western Gulf. The computer forecast models take it to the Mexican coast late in the week.

OTHERWISE, there are no areas of immediate interest.