Driver dies after crashing into road ranger’s truck on Turnpike 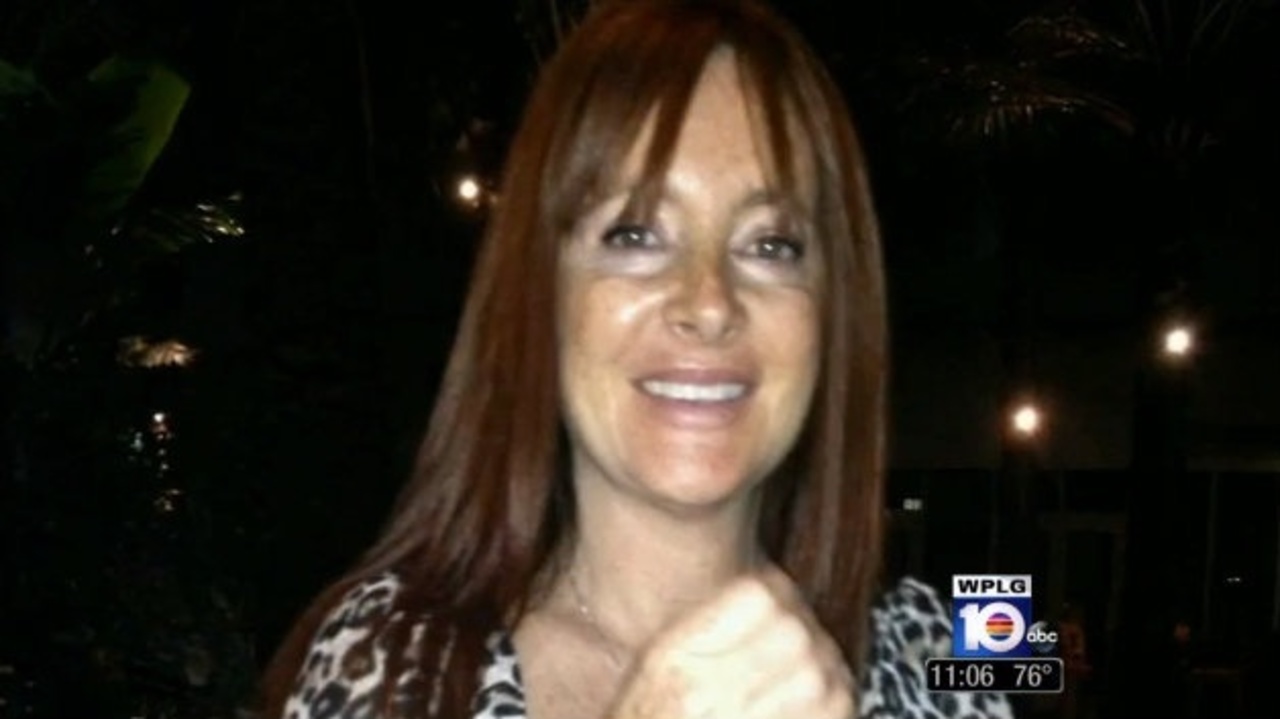 A 37-year-old woman accused in a fatal hit-and-run crash in March surrendered to police Tuesday.

Ana Mares, 52, was walking to her car on Brickell Bay Drive when police said she was hit by Clayton's car.

The witness told police he heard the crash, saw Mares on the ground and observed Clayton's car driving northbound with the right mirror damaged and dangling.

According to the arrest affidavit, the witness saw extensive damage to the front windshield on the right side of the hood area of Clayton's car, and said the driver put the brake lights on, then just sped away.

The witness then picked up Mares' cell phone and called a family number.

"It's a mix of emotions," said Adriana Mares, the victim's sister. "I think there is a little bit of anger of course. She killed my sister, and it makes you powerless."

Two days later, an attorney contacted police, saying he wanted to surrender his client, Clayton, for the crash.

As the conversation progressed and Clayton's name and car were brought up, an officer asked for the whereabouts of Clayton and her vehicle. The attorney told the officer that he would find out and call the officer in the morning, according to the affidavit.

Later, Clayton's attorney called police and said her car was going to be parked at her home. An officer and detective went to Clayton's home and found the car, which matched the witness's description.

Police said the car was cleaned out of all personal property and the car's damage was consistent to hitting a person. According to the arrest affidavit, the hood and windshield were damaged and contained what appeared to be human hair matching the color of Mares'.

Police also obtained Clayton's cell phone number and a subpoena of Clayton's phone records was requested. Police said the records revealed that Clayton was in the area at the time of the crash and she made several calls after the crash.

A service technician offered Clayton with some of the services their company offered, including the ability to fill in any cracks as if they were never there.

According to the arrest affidavit, Clayton told the service technician that "actually, this is a little more than a crack. The crack is a lot." Police said laughter was then heard and they also discussed payment with the insurance companies.

Clayton said in the conversation, "OK, hum, well I'm transferring insurance from my ex, so I really don't want to use it. I'd rather pay for it outright."

Police said in the second phone call, Clayton asked for an estimate for glass replacement for her car. She described the damage and was asked if she was in the car at the time.

According to the report, Clayton said she was driving and it was hit by a bottle. She described the damage as being the whole right side of the windshield, and advised she was going to pay for the replacement out of pocket.

The investigation also revealed that Clayton didn't have auto insurance at the time of the crash and according to the police report, she had let it lapse since her separation with her husband.

Clayton is charged with leaving the scene of an accident resulting in death.