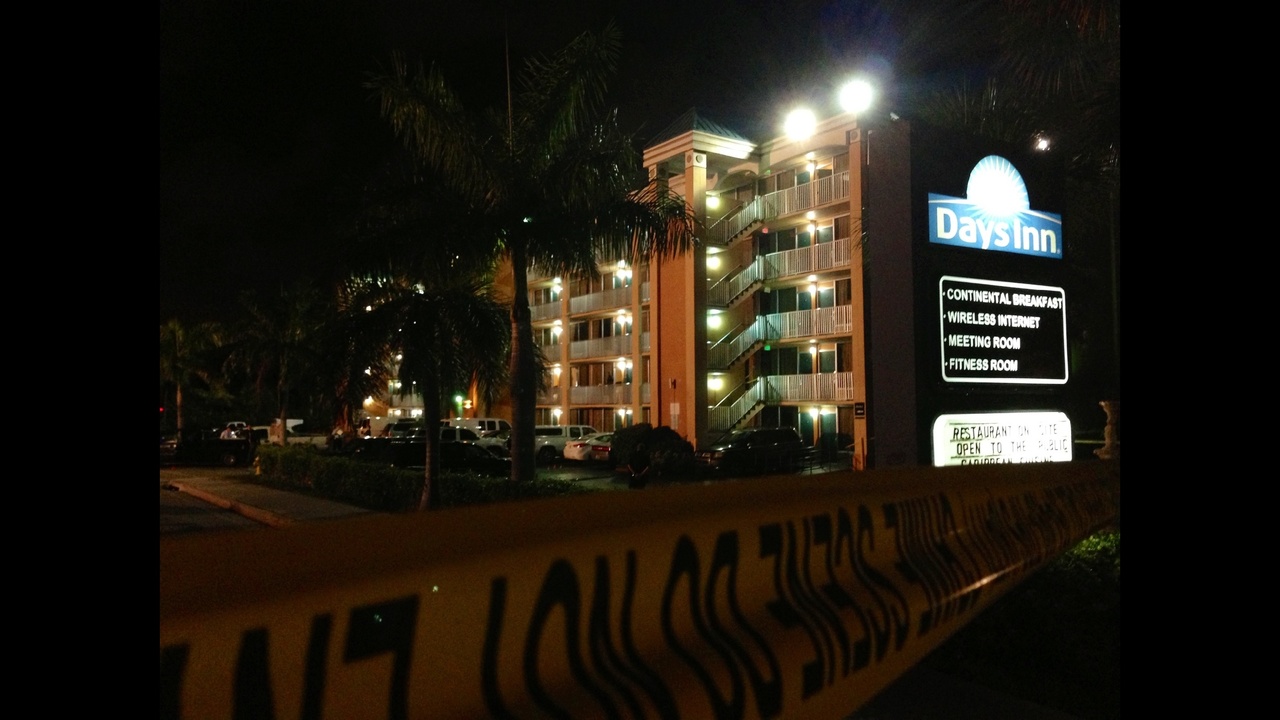 A murder suspect was killed late Tuesday in a police-involved shooting at a Days Inn in Oakland Park.

The Broward Sheriff's Office, U.S. Marshals, and Fort Lauderdale police tracked tracking 27-year-old Henry Kiner to 1595 W Oakland Park Boulevard. He was was wanted in connection with the murder of Corey Pratter on August 11.

"I was so relieved because it was a burden on my heart because the killer had not been found," said Annie Lucas, Pratter's mother. "He got what he deserved and I feel sorry for his family because the pain I went through to bury my son."

Kiner began shooting at officers from the second floor after they approached Junior Fletcher (pictured), an associate of his, said Broward Sheriff Scott Israel.

"I was on the floor and I heard police saying get down," said 8-year-old Tianna Baker. "I was thinking I was going to die."

Kiner was released from prison in 2011 after serving a sentence for a 2006 armed robbery. His mother told police he was desperate to stay out of prison.

"She said her son had told her there was no way he was going back to prison, so we were dealing with a very, very violent situation," said Israel.

A BSO deputy injured his arm but wasn't shot. He was treated and released. Daniel Forrest, who was staying in at the hotel and wasn't involved in the incident, was shot by Kiner or law enforcement officers. He suffered a non life-threatening injury.

Police closed Oakland Park Boulevard between I-95 and Northwest 31st Avenue during the investigation. It reopened about 11 a.m.